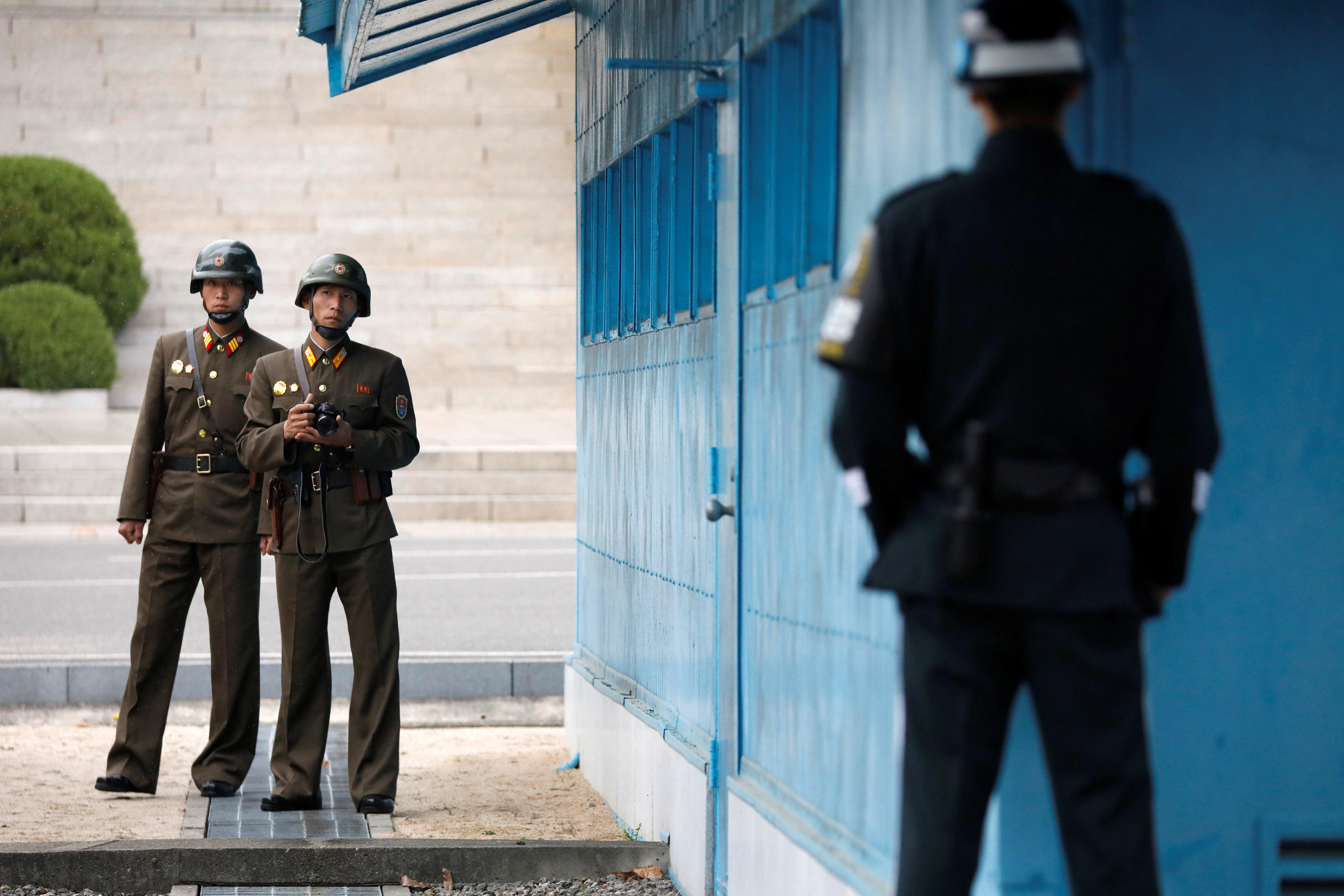 SEOUL, South Korea -- North Korean soldiers shot at and wounded a fellow soldier who was crossing a jointly controlled area at the heavily guarded border to defect to South Korea on Monday, the South Korea's military and the U.S.-led United Nations command on the peninsula said.

The soldier bolted from a guard post at the northern side of Panmunjom village in the Joint Security Area to the southern side of the village, South Korea's Joint Chiefs of Staff said in a statement. He was shot in the shoulder and elbow and was taken to a South Korean hospital, the South's Defense Ministry said. It wasn't immediately known how serious the soldier's injuries were or why he decided to defect.

The U.S.-led United Nations military command based in South Korea released a statement Monday confirming the incident, and adding that the South Korean military had "strengthened its vigilance posture and is maintaining steadfast readiness posture in case of a possible provocation by the North Korean armed forces" in the wake of the defection.

The defection came at a time of heightened tension over North Korea's nuclear weapons program, and could escalate animosities between the rival countries. North Korea has typically accused South Korea of enticing its citizens to defect, something the South denies.

About 30,000 North Koreans have defected to South Korea since the end of the 1950-53 Korean War, but most travel through China.

Panmunjom, once an obscure farming village inside the 2 1/2-mile-wide Demilitarized Zone that separates the two Koreas, is where an armistice was signed to pause the Korean War. Jointly controlled by the American-led U.N. Command and North Korea, the DMZ is guarded on both sides by hundreds of thousands of combat-ready troops, razor-wire fences and tank traps. More than a million mines are believed to be buried inside the zone.

American presidents often visit Panmunjom and other DMZ areas during their trips to South Korea to reaffirm their security commitment to the South. President Donald Trump planned to visit the DMZ to underscore his stance against North Korea's nuclear program when he came to South Korea last week as part of an Asian tour, but his plans were thwarted by heavy fog that prevented his helicopter from landing at the border area.

Areas around Panmunjom were the site of bloodshed and defection attempts by North Koreans in the past, but there have been no such incidents in recent years.

The most famous incident was in 1976, when two American army officers were killed by ax-wielding North Korean soldiers. The attack prompted Washington to fly nuclear-capable B-52 bombers toward the DMZ in an attempt to intimidate North Korea.