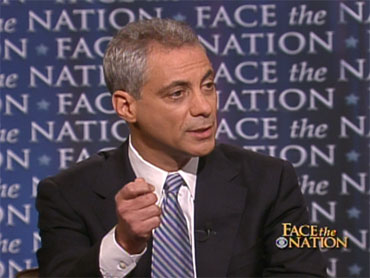 Reprocessing the rods would be a key step toward producing nuclear weapons.

The official, who spoke on condition of anonymity, said other signs of nuclear activity, such as traces of chemicals used in reprocessing or heat signatures, had not been detected from the Yongbyon nuclear complex. He said the smoke was coming from radiation and chemical laboratories in the facility.

However, U.S. and South Korean officials said they could not verify the claim and suggested North Korea may be bluffing in an attempt to increase its leverage in talks with the United States over its suspected nuclear weapons programs.

South Korean President Roh Moo-hyun travels to the United States on Sunday to meet President Bush. They are to discuss a North Korean proposal in which Pyongyang is believed to offer to end its nuclear activities in exchange for economic aid and a security guarantee from Washington.

Roh's spokesman Yoon Tae-young said officials in Seoul were working closely with the United States to determine if the North has started reprocessing.

"It is true that signs have been detected in late April, but no additional activities or unusual movement had been confirmed since," he said.

A spokesman for South Korea's Unification Ministry, Kim Jung-ro, said Thursday that the renewed activity at Yongbyon did not necessarily mean the North was reprocessing.

"We are not sure if they are doing it as an extension of the bluffing or if it is a step to develop nuclear weapons. We need more evidence," he said.

In a letter to his armed forces chiefs, South Korea's Defense Minister Cho Young-gil said the chances that North Korea is committing "provocations" to raise its negotiating power is rising.

"We should strengthen our surveillance of the enemy and our vigilance while shaping up our operations and other military plans," he said in the letter, which was published in the Defense Ministry's newspaper, Korea Defense Daily, on Thursday.

He said that South Korea and the United States have tried to resolve the nuclear dispute through negotiations, "but if North Korea's aim is achieving nuclear weapons itself, the possibility of a diplomatic resolution could inevitably be limited."

Tension over the nuclear dispute spiked last month during the Beijing talks, when, according to U.S. officials, North Korea claimed to have nuclear weapons and threatened to use or export them, depending on U.S. actions.

The meetings in Beijing last month, which involved Chinese officials, represented a compromise. North Korea has pressed for bilateral talks, while the U.S. favors a multilateral approach.

The talks were the first since the crisis flared in October, when Washington said North Korea admitted running a secret nuclear weapons program in violation of a 1994 treaty.

That prompted the United States to cut off fuel supplies that it was shipping to the North under the 1994 deal. North Korea, which asserted that the U.S. had already violated the deal by failing to officially recognize it, kicked out nuclear inspectors from its Yongbyon plant.

Pyongyang claims it is justified in building up its armaments because of a hardening of U.S. policy.

Since taking office, President Bush has listed North Korea as a member of the "axis of evil," articulated a policy of preemptive strikes against enemies and approved a missile defense system aimed chiefly at nullifying North Korea's threat to the U.S. mainland.