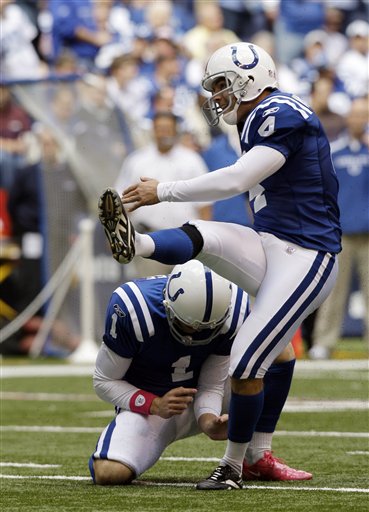 North Korea said Monday its military and people are fully prepared to counter what it called U.S. plans to invade amid a nuclear crisis on the Korean Peninsula.

U.S. officials suspect the North may be moving closer to nuclear weapons development, and U.S. media said Washington was contemplating the dispatch of military reinforcements to the region as it prepares for a possible war against Iraq.

U.S. officials have said they have no intention of invading North Korea.

"Our military and people are in full combat readiness to cope with U.S. imperialist warmongers' indiscriminate military and political moves under their strategy to dominate the Korean Peninsula," the North's official Radio Pyongyang quoted a military official as saying.

"With confidence that we will win, soldiers and people have entrusted their fate and future to (North Korean leader Kim Jong Il), and risen as one," the unidentified official said during a visit by Kim to a military base. The radio was monitored by South Korea's Yonhap news agency.

North Korean men are conscripted at age 16 and serve in the country's regular 1.1 million-member armed forces for seven to 10 years.

In Seoul, Hyundai business group said it plans to run a trial overland tour to a North Korean mountain resort on Wednesday and Thursday. The tour will mark the opening of a first cross-border road between the two Koreas.

Hyundai launched a money-losing cruise tour to the mountain resort in 1998. Hyundai hopes that the overland tour, which will be cheaper, would attract more South Korean tourists.

In a careful move not to hurt inter-Korean ties, South Korea's state prosecutors on Monday decided to shelve an investigation into an alleged payoff scandal surrounding an inter-Korean summit in 2000 — a decision certain to trigger angry protests from opposition politicians.

"Since debate is under way in political circles, the prosecution has come to the conclusion that it would be appropriate to shelve investigation for the sake of South-North relations and national interests," said a statement from Kook Min-soo, a spokesman for the prosecutor-general's office.

Opposition lawmakers claim the money was given to the communist North ahead of the summit — possibly from South Korea's government — as "payment" for the talks, which were seen as a crowning achievement for the government.

Government auditors confirmed Thursday that Hyundai had spent $186 million — obtained from a South Korean state-run bank — in the North. But they said the purposes of the expenditures were unclear.

North Korea accuses the United States of escalating the nuclear standoff as a pretext to invade the communist country. Washington denies it.

The U.S. military says 2,900 soldiers in South Korea may be ordered to extend their stay by six months. The development comes amid a U.S. military buildup in the Persian Gulf region.

CBS News reported the top U.S. military commander in the Pacific had asked for about 2,000 more troops, mostly Air Force personnel, to join the 37,000 U.S. troops already in South Korea. Another news report said that Washington had decided to send another aircraft carrier to the region.

In Honolulu, Hawaii, Navy Cmdr. John Fleming declined to confirm or deny the report, saying it was military policy not to discuss future plans.

If reprocessed, enough plutonium could be extracted from the 8,000 rods to make four or five nuclear weapons, they said.

The nuclear dispute began in October when U.S. officials said the North had admitted having a second nuclear program in violation of a 1994 agreement with Washington.

Washington and its allies in December suspended oil shipments to North Korea promised under the 1994 deal.

In return, Pyongyang has taken steps to restart its first nuclear program, which was suspected of being used to make atomic weapons. They also expelled U.N. monitors and pulled out of a global nuclear arms control treaty.