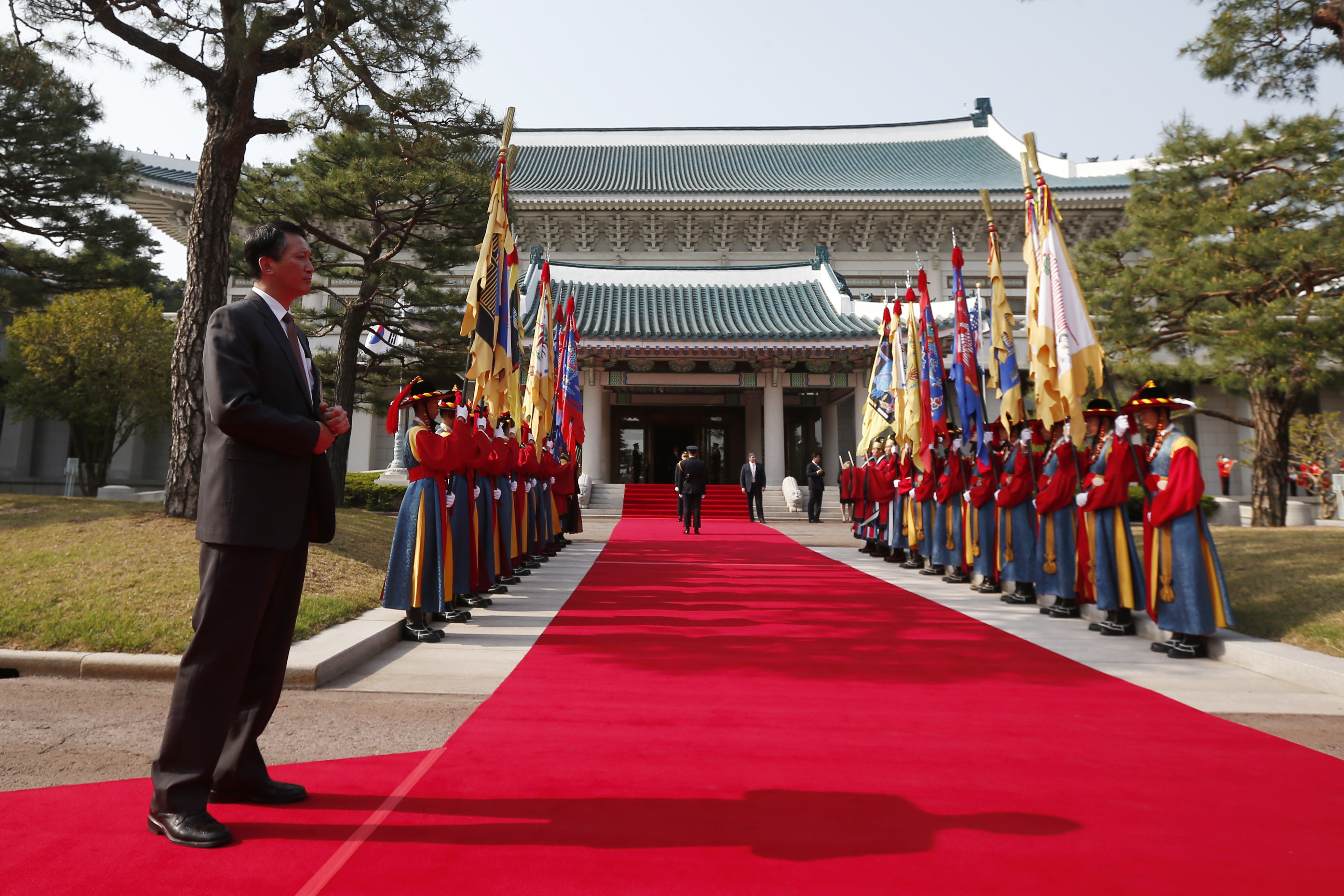 SEOUL, South Korea -- South Korea said Wednesday that North Korea has built a half-size mock-up of the South's presidential palace at a firing range in what appears to be preparations for a live-fire drill.

An official from the South's Joint Chiefs of Staff, who didn't want to be named, citing office rules, said the information came from an analysis of South Korean satellite imagery.

It comes ahead of a crucial North Korean ruling party congress next month during which leader Kim Jong Un is expected to shake up the country's political elite and announce major state goals in an effort to further consolidate his power.

North Korea in recent weeks has repeatedly threatened to strike the presidential palace and government buildings in Seoul amid annual joint military drills between the United States and South Korea and heightened sanctions against North Korea over its recent nuclear test and long-range rocket launch.

A pre-emptive large-scale strike by North Korea against the South is highly unlikely. Such a move would risk bringing down Kim's authoritarian rule given the likely military response of the U.S. and South Korea.