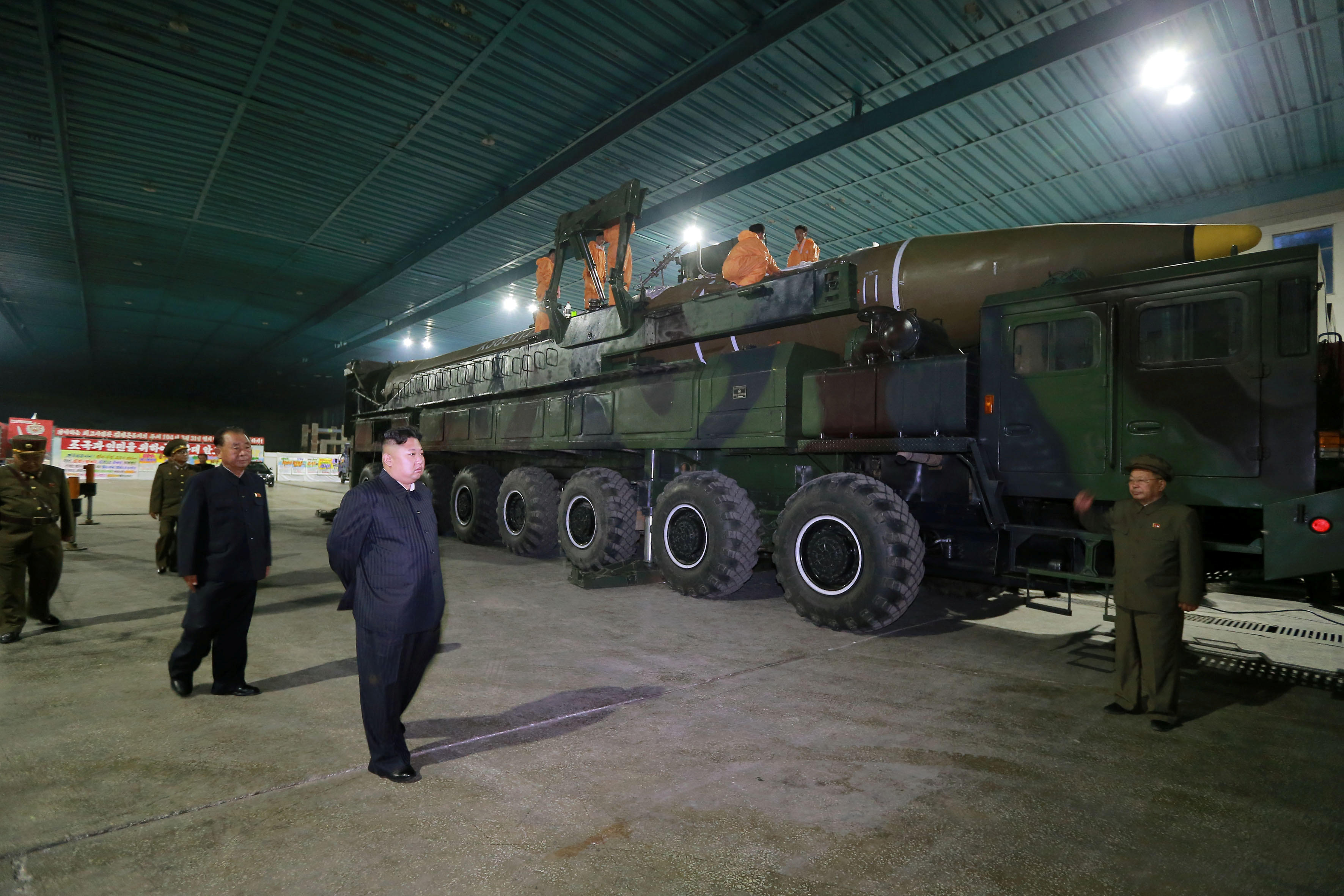 BEIJING -- As a CBS News Poll shows Americans are increasingly anxious about North Korea's nuclear weapons program -- and President Trump's ability to handle the threat -- we look at how the new U.N. sanctions against Kim Jong Un's regime are meant to work -- and why they may not.

According to South Korean statistics, China accounts for more than 90 percent of trade with North Korea -- trade which increased this year by 10 percent. For that reason, the United States will rely heavily on China to enforce the new sanctions.

As CBS News correspondent Ben Tracy reports, getting a unanimous vote from the United Nations Security Council to approve the sanctions package took more than a month. The United States had to figure out how far China and Russia were willing to go.

They eventually agreed to measures that the U.S. says will cost North Korea more than a billion dollars each year.

Serious questions remain, however, about whether China and Russia will enforce the sanctions as they have vowed to do, and whether the increased punishment against the Kim regime will actually work, even if it is enforced.

North Korean state TV's famous news anchor defiantly announced that the country would never put its weapons on the negotiating table, despite what the North has labelled "fabricated" U.N. sanctions.

Building nuclear weapons and advancing a missile program isn't cheap. The new sanctions, banning major North Korean exports such as coal and iron, are designed to starve the regime of the money to pay for it --money that is also used to enrich the powerful elites and generals who, in turn, don't challenge Kim Jong Un's near total power.

When CBS News visited North Korea in the spring, we watched as Kim unveil a massive new neighborhood of shimmering high rises; his way of showing the world that six previous rounds of U.N. sanctions over more than a decade have not worked.

This time, China says it will fully enforce the sanctions, which would mean cutting off a lot of the trade.

In the end, North Korea may choose to keep funding its weapons program at the expense of its citizens, many of whom are already forced to seek work in other countries. They send their pay -- worth more than a billion dollars -- back to the regime. The new sanctions won't end that -- or address the Chinese companies and banks that continue to do business with North Korea.

Nicholas Burns, a former U.S. ambassador to NATO and undersecretary of state for political affairs during the George W. Bush administration, told CBS New on Monday that it is "unlikely" the sanctions will work in the end, because of the huge value the Kim regime puts on its nuclear and weapons programs.

"This was a victory for the Trump administration, to see these sanctions, to convince China and Russia to join, but the North Koreans prize above all else the possession of these nuclear weapons," Burns said on "CBS This Morning."

"It's really good that we have a resolution, but the next step is making sure that all of these areas, all of the loopholes, all of the areas that have been called out, get fixed one by one," Ruggiero says.

Another big thing the sanctions don't address is the oil that China exports to North Korea. It is widely believed that if China were simply to cut that off, the Kim regime would eventually collapse.

China is reluctant to do that, however, because it fears a massive refugee crisis on the roughly 800-mile-long border it shares with the North.

Burns, now a professor at Harvard's Kennedy School, told CBS News that the prospect of a border rush isn't the only reason China doesn't want to see the North Korean regime collapse.

"They don't want to see the Korean peninsula unified by the South Korean government, aligned with the United States, because that would be a victory strategically for this long-running competition between China and the United States," he said.