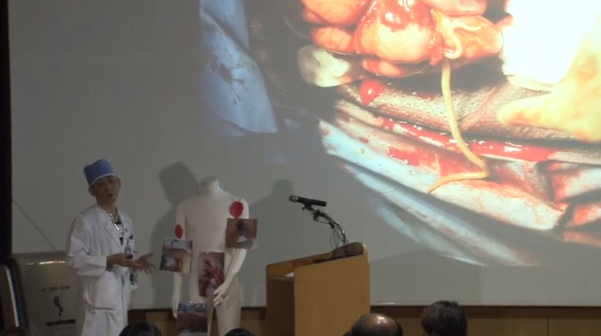 A North Korean soldier who was shot at least six times by guards while defecting across the border into South Korea has an "enormous number" of parasites living in his intestines, BBC News reports.

Paramedics airlifted the soldier to a hospital in South Korea where he underwent emergency surgery after escaping on Monday. The patient was listed in stable condition, but the worms are severely contaminating his wounds, doctors told reporters.

The largest worm that was removed from the patient's small intestines was 11 inches long, according to South Korean doctor Lee Cook-jong.

"I've never seen anything like this in my 20 years as a physician," he told BBC News. "We are paying close attention to prevent possible complications."

North Korea still uses human feces as fertilizer, known as "night soil." He likely had the parasites for a long time.

Parasites, especially worms, are believed to be widespread in North Korea.