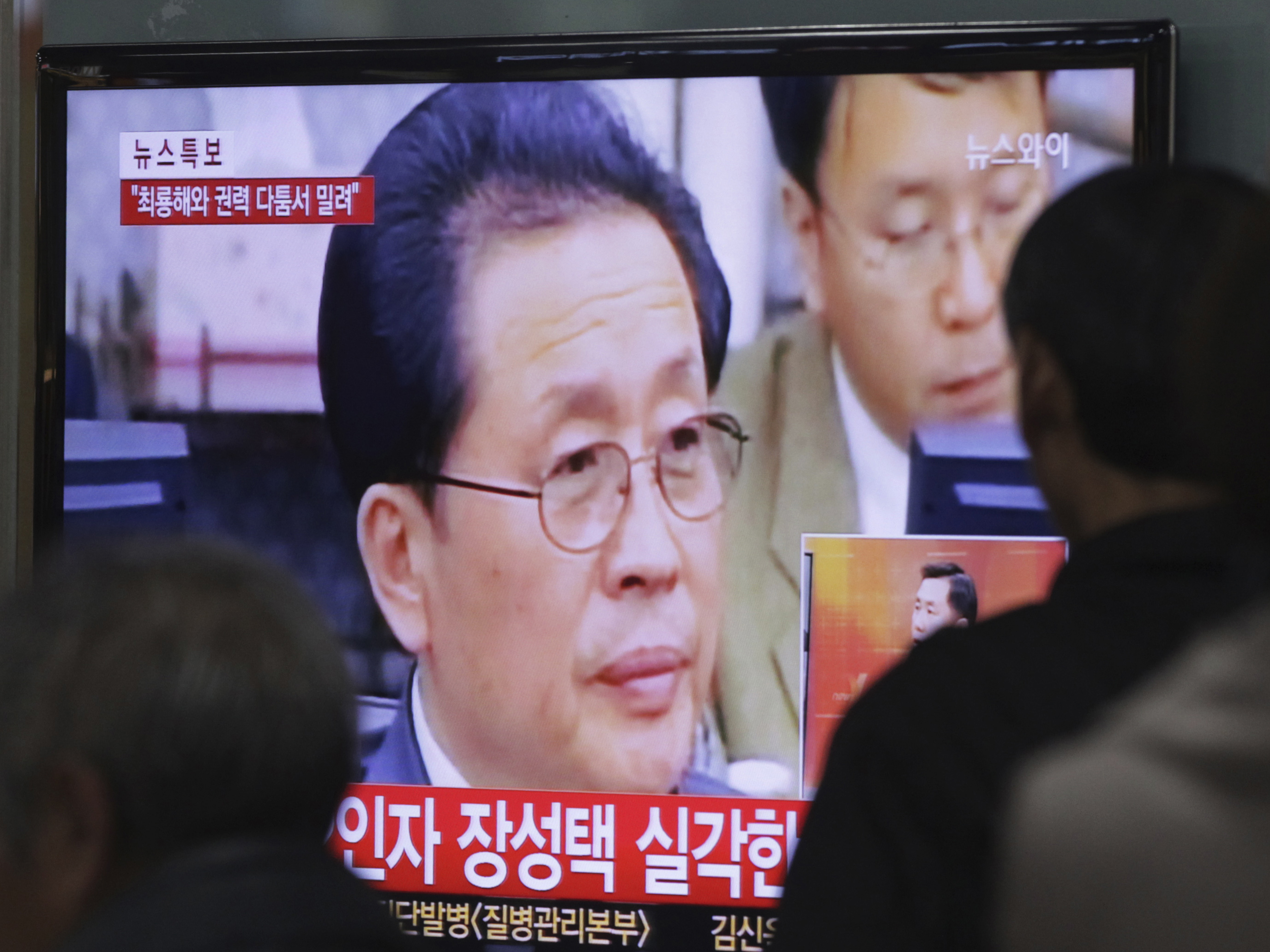 SEOUL, South Korea -- North Korea on Monday acknowledged the purge of leader Kim Jong Un's influential uncle for alleged corruption, drug use, gambling and a long list of other "anti-state" acts, apparently ending the career of the country's second most powerful official.

The young North Korean leader will now rule without a relative long considered his mentor as he consolidated power after the death of his father, Kim Jong Il, two years ago. Jang Song Thaek's fall from the leadership, detailed in a lengthy dispatch by state media, is the latest and most significant in a series of personnel reshuffles that Kim has conducted in an apparent effort to bolster his power.

Some analysts see the purge as a sign of Kim Jong Un's growing confidence, but there has also been fear in Seoul that the removal of such an important part of the North's government could create dangerous instability or lead to a major miscalculation or attack on the South.

Tensions are still high on the Korean Peninsula following a torrent of threats in March and April by Kim Jong Un's government against Washington, Seoul and Tokyo, including vows of missile and nuclear strikes and warnings that Pyongyang would restart nuclear bomb fuel production.

South Korean intelligence officials said days ago that a purge was likely because two of Jang's aides had been executed last month for corruption. A recent state documentary in the North had all images of Jang removed.

Jang - who is married to Kim Jong Un's aunt, Kim Kyong Hui, the younger sister of Kim Jong Il - formed a faction in the ruling party "by creating an illusion about him" and distorting and weakening party goals, the dispatch in the North's state media said.

Jang was described as "abusing his power," being "engrossed in irregularities and corruption," and taking drugs and squandering money at casinos while undergoing medical treatment in a foreign country. It also said he had "improper relations with several women and was wined and dined at back parlors of deluxe restaurants."

The decision to strip Jang of all posts and titles and expel him from the ruling Workers' Party was made at a Political Bureau meeting of the party's Central Committee on Sunday. The dispatch also indicated that the purge would extend to supporters of Jang in official posts, but did not provide details

Opinion has been divided among analysts on what the purge means for the future of North Korea. Some analysts believe it shows a weakened Kim Jong Un fending off challengers, but others say it indicates the young leader's strength.

"I believe it shows Kim Jong Un is firmly in control and confident enough to remove even the senior-most officials," said Bruce Klingner, an Asia specialist at the conservative Heritage Foundation think tank in Washington.

He added, however: "There is no reason to believe with this latest ouster that there will be a change in North Korean policy; that the Kim dynasty will suddenly turn around its bad behavior."

Jang has held a string of senior jobs, including membership in the National Defense Commission, the government's top ruling body. He has also reportedly been purged several times previously, only to return to power. But the formality and length of the current allegations against Jang suggest a more serious development.

Kim Jong Un has reportedly overseen other purges of senior officials, though none as high profile as this one.

One of the most notable personnel changes was the 2012 firing of military chief Ri Yong Ho, who was once dubbed a mentor to Kim Jong Un. State media said he was dismissed in July 2012 due to an unspecified illness, but analysts speculated that Ri was purged because Kim wanted to reshape the government.

The North also publicly executed 17 people last year and 40 this year, according to lawmakers who were briefed by South Korea's spy agency last week.