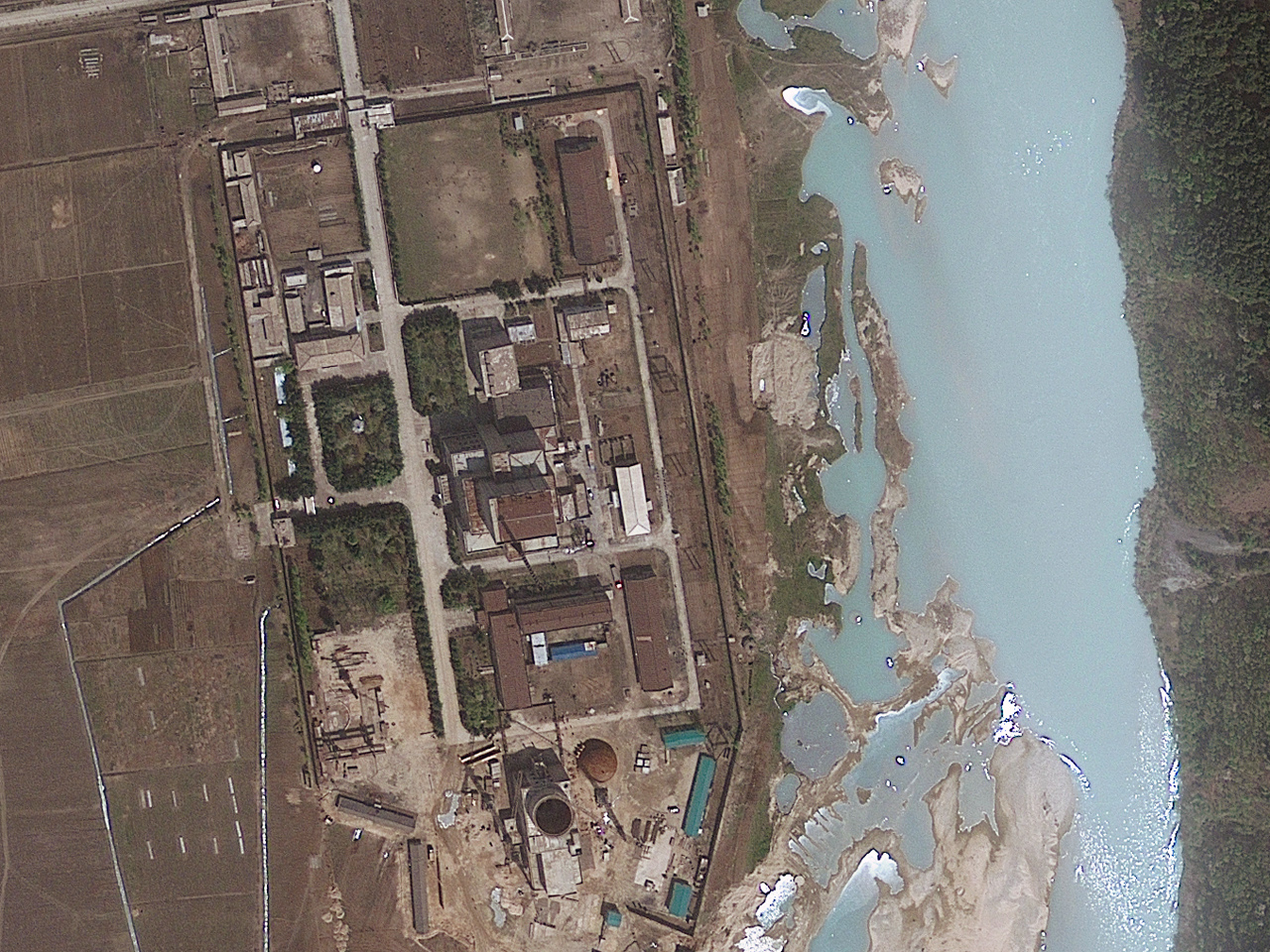 That indicates the North is pressing on with efforts to expand its nuclear program, the institute says, despite international criticism. North Korea says the reactor is intended to generate electricity but its active pursuit of nuclear weapons raises doubts over its intentions.

The image from a commercial satellite dated April 30 shows progress in construction of the containment building for the light-water reactor at the North's main nuclear facility at Yongbyon, according to the U.S.-Korea Institute at Johns Hopkins School of Advanced International Studies.

But the institute says the reactor is unlikely to become operational before 2014 or 2015.

Two U.S. academics who visited the site in November 2010 and have studied subsequent satellite imagery, say the reactor appears designed for electricity generation. Other experts fear the reactor could eventually produce plutonium for bombs.

Pyongyang expelled U.N. monitors from its nuclear facilities three years ago, and there is international concern the secretive nation could soon conduct its third nuclear test, after a failed long-range rocket launch last month.

"Regardless of problems with its missiles and uncertainty about another nuclear test, the North is plowing ahead with this reactor, a key part of Pyongyang's strategy to expand its nuclear weapons arsenal," said Joel Wit, editor of the institute's website, 38 North.

In November 2010, North Korea unveiled to the U.S. academics a sophisticated uranium enrichment workshop which the North says would provide fuel for the reactor when it is complete, but its centrifuges might be reconfigured to produce weapons-grade highly enriched uranium, giving it a new source of fissile material for arms. North Korea already has reprocessed spent fuel from an older reactor at Yongbyon to extract plutonium used in its two past nuclear tests.

The institute says after rapid progress in building the new reactor in 2011, satellite images showed work stopped between late December and early February but restarted by late March. The pause may have been due, in part, to the December death of longtime ruler Kim Jong Il, but a more likely explanation was that winter weather was approaching, it says.

The April 30 image shows steel rebar and concrete have been added to the cylindrical portion of the reactor containment building that now appears higher than in previous photos. The domed roof lies on the ground next to the building as in previous photos, with cylindrical sections ready for installation, the institute says.