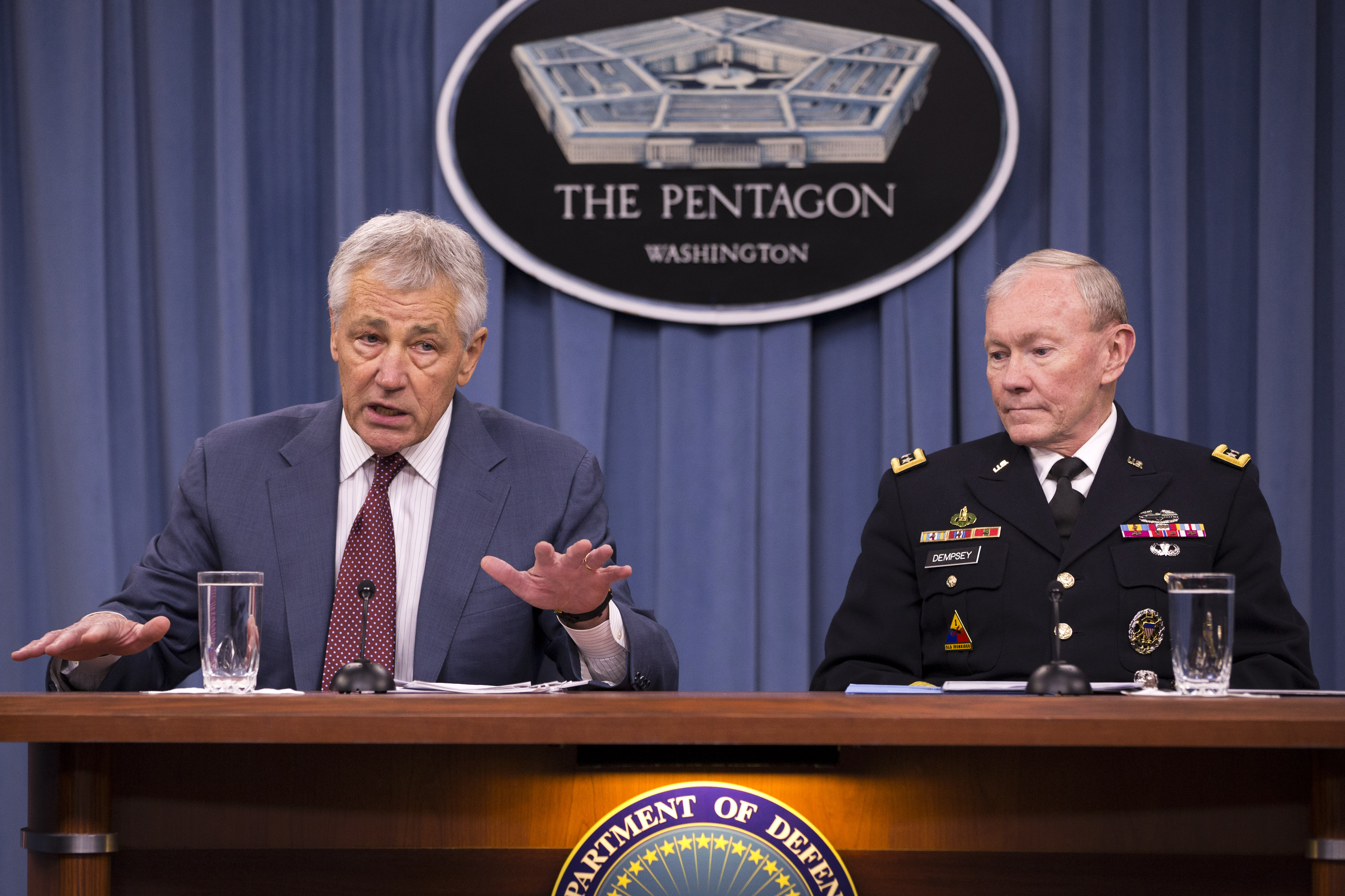 WASHINGTON Defense Secretary Chuck Hagel says the addition of nuclear-capable B-2 stealth bombers to military drills with South Korea was part of normal exercises and not intended to provoke a reaction from North Korea.

Hagel said Thursday that North Korea's belligerent tones and actions in recent weeks have "ratcheted up the danger" in the region. He said the United States has to be prepared to defend its interests as well as the interests of its allies.

The defense secretary says there are a lot of "unknowns" with North Korea.

U.S. Forces Korea said in a statement Thursday that two B-2 stealth bombers flew from an air base in Missouri and dropped dummy munitions on the South Korean island range before returning home.

At a Thursday afternoon press conference at the Pentagon, Hagel said the "North Koreans have to understand that what they're doing is very dangerous."

"They have some options," Hagel said. "They can take another approach to a better future, but what they're doing now is not the way to do that."

Hagel, who was joined at the briefing by Joint Chiefs Chairman Gen. Martin Dempsey, defended carrying out the stealth bombing runs to South Korea.

"I don't think we're poking back or responding," he said. "I don't think we're doing anything extraordinary or provocative or out of the -- out of the orbit of what nations do to protect their own interests and assure ... not only to our South Korean ally, but to our other allies in the region, that we must make clear that these provocations by the North are taken by us very seriously and we'll respond to that."

Hagel also defended the U.S. military's decision to beef up missile defense in Alaska and California in light of Pyongyang's recent provocations - even if North Korea doesn't currently have the capability of striking the U.S.

CBS News correspondent Major Garrett notes that it's not unusual for North Korea to threaten war when the U.S. and South Korea carry out joint training exercises, but the White House views Kim as an unpredictable figure.

"We don't have any choice in defending this country but to anticipate worst case scenarios," Hagel said. "These are decision-making processes that evolve based on threats -- you only need to be wrong once."

One sign this could all be North Korean bluster, Garrett reports, is that North Korea has kept open a key industrial park where hundreds of South Koreans do business every day and where global trade produces roughly $2 billion for the isolated nuclear power.

White House officials tell CBS News they've stepped up communication with South Korea as well as new governments in Japan and China, looking for allies throughout the region to tell the North it's playing a perilous game.