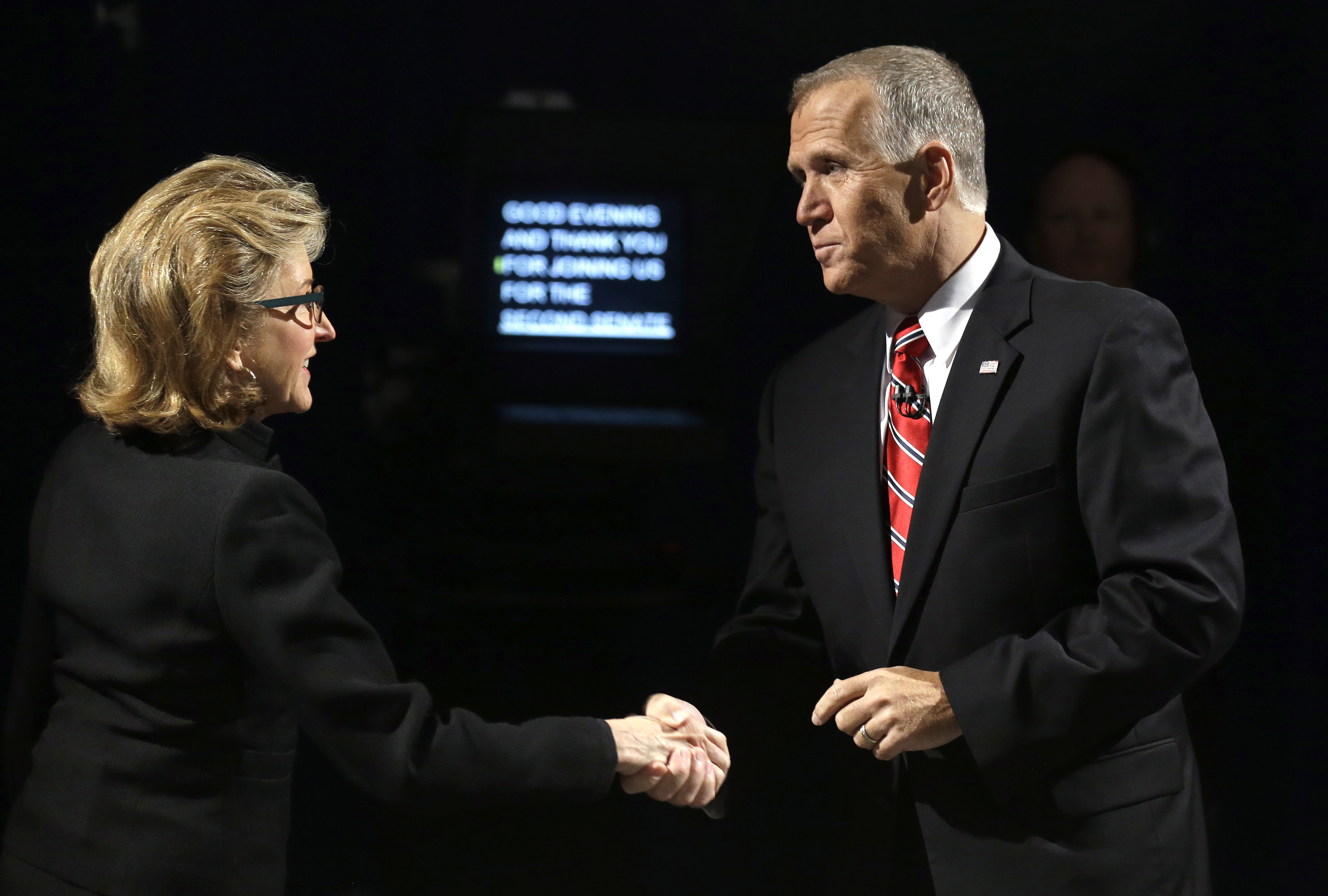 Total spending in North Carolina's competitive Senate race topped $100 million on Wednesday, making it the first such contest in the nation to cross that threshold, according to the nonpartisan Sunlight Foundation data.

Roughly 70 cents of every dollar has come outside groups looking to influence the race between endangered Democratic incumbent Sen. Kay Hagan and her Republican challenger, state House Speaker Thomas Tillis. The heavy spending puts the state atop the list of costly races with less than week before Election Day.

The next most costly state was Colorado, with more than $86 million spent. Iowa follows with $78 million and Kentucky with $72 million.

Overall, more than $4 billion has been spent on behalf of candidates this year, CBS News' Nancy Cordes reports -- and that's just the money we know about.

In total, outside groups account for $72 million of the race's spending.

More than half of the spending has gone toward television ads. Each side has spent roughly $27 million on ads, according to the nonpartisan Center for Public Integrity's analysis of ad-tracking firm Kantar/CMAG data.

The irony is that despite all that spending, the polls in North Carolina have barely budged. According to the CBS News/ New York Times Battleground Tracker, Hagan had a one point lead over the summer and leads by just three points now.

The nonpartisan Sunlight Foundation has been tracking spending by candidates and their allies, based their campaign finance reports. The numbers omit spending from nonprofit groups such as Americans for Prosperity, the organization backed by billionaire brothers Charles and David Koch.