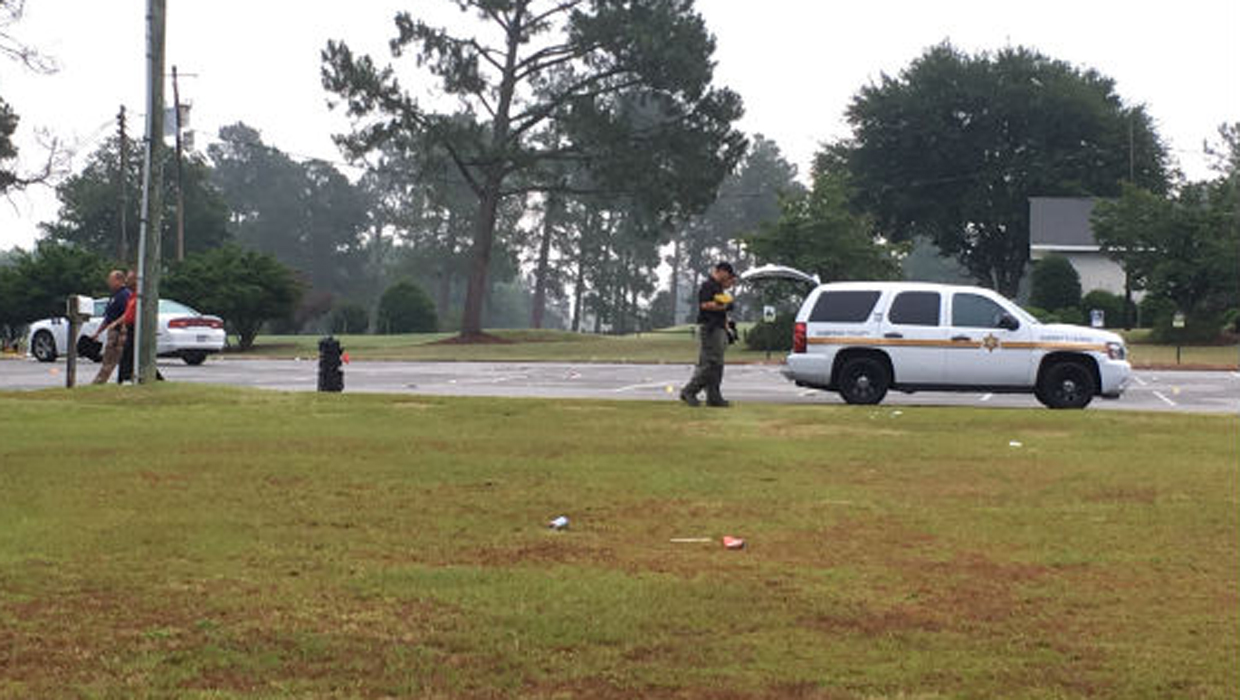 SALEMBURG, N.C. -- Authorities say one person was killed and six others, including a police officer, have been hurt after a large fight that involved gunshots and a stabbing at a North Carolina country club.

Sampson County deputies said in a news release that officers found several groups fighting after responding to multiple 911 calls around 2:30 a.m. Sunday at the Lakewood Country Club in Salemburg. As many as 100 people may have been involved, reports CBS affiliate WNCN.

Investigators say seven people needed medical treatment. Three were shot -- one fatally -- two were beaten and one was stabbed, while a deputy suffered a minor cut to the arm. The deputy was attempting to break up a fight when he was apparently cut with a broken glass shard from a bottle, Sampson Co. Capt. Eric Pope told WNCN.

Authorities say Anthony King died at the hospital from a gunshot wound and at least one other person was seriously injured.

"Boy, I have never experienced anything like last night," Jefferson Strickland, who lives across the street, told the station.

Deputies say the clubhouse was being rented for a private party. The club's manager told the station that the group renting the space was from nearby Fayetteville and there were no members or staff there when the altercation happened.

"This will not be a simple investigation," Pope told the station. "We've got several different versions. Until we can actually interview those who were wounded, the details are still kind of sketchy."

No arrests have been made but authorities reportedly have several persons of interest.