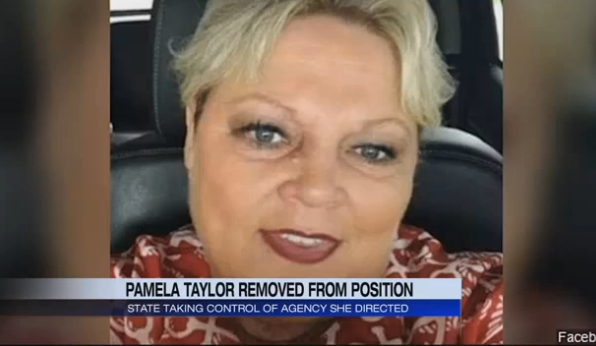 CHARLESTON, W.Va. -- A West Virginia nonprofit group has fired its director after she wrote a Facebook post referring to first lady Michelle Obama as an “ape in heels.”

Gov. Earl Ray Tomblin’s office said Tuesday that Pamela Ramsey Taylor, executive director of the Clay County Development Corp., was removed following an agreement with the nonprofit’s board of directors.

Taylor’s racist social media comments were not directly mentioned as the reason. She had been placed initially on a six-week leave that was scheduled to end last Friday.

However, the state requested “specific assurances” the nonprofit is following anti-discrimination policies and has been assured Taylor is gone as director, Tomblin spokeswoman Jessica Tice said.

The Appalachian Area Agency on Aging will manage the nonprofit -- which provides services to elderly and low-income residents in Clay County -- for six months while the Clay County organization makes any changes needed for compliance as a state contractor, Tice said.

Robert Roswall, Commissioner of the Bureau of Senior Services, met with representatives of the Clay County Development Corp. and the agency that will manage it for six months to ensure continuity of the state services the nonprofit provides, CBS affiliate WOWK reported.

West Virginia’s Bureau of Senior Services and the Bureau for Medical Services have been reviewing the nonprofit’s state contracts following the furor. The state also asked for guarantees that Taylor had not discriminated against recipients of state services.

Taylor made the racist post in November, following Donald Trump’s victory in the presidential election.

Her post said: “It will be refreshing to have a classy, beautiful, dignified First Lady in the White House. I’m tired of seeing a Ape in heels.”

Beverly Whaling, who was Clay’s mayor at the time, responded: “Just made my day Pam.”

Whaling resigned from her position after backlash over her comment.

The post was first reported by WSAZ-TV, and was later deleted. It was shared hundreds of times on social media.