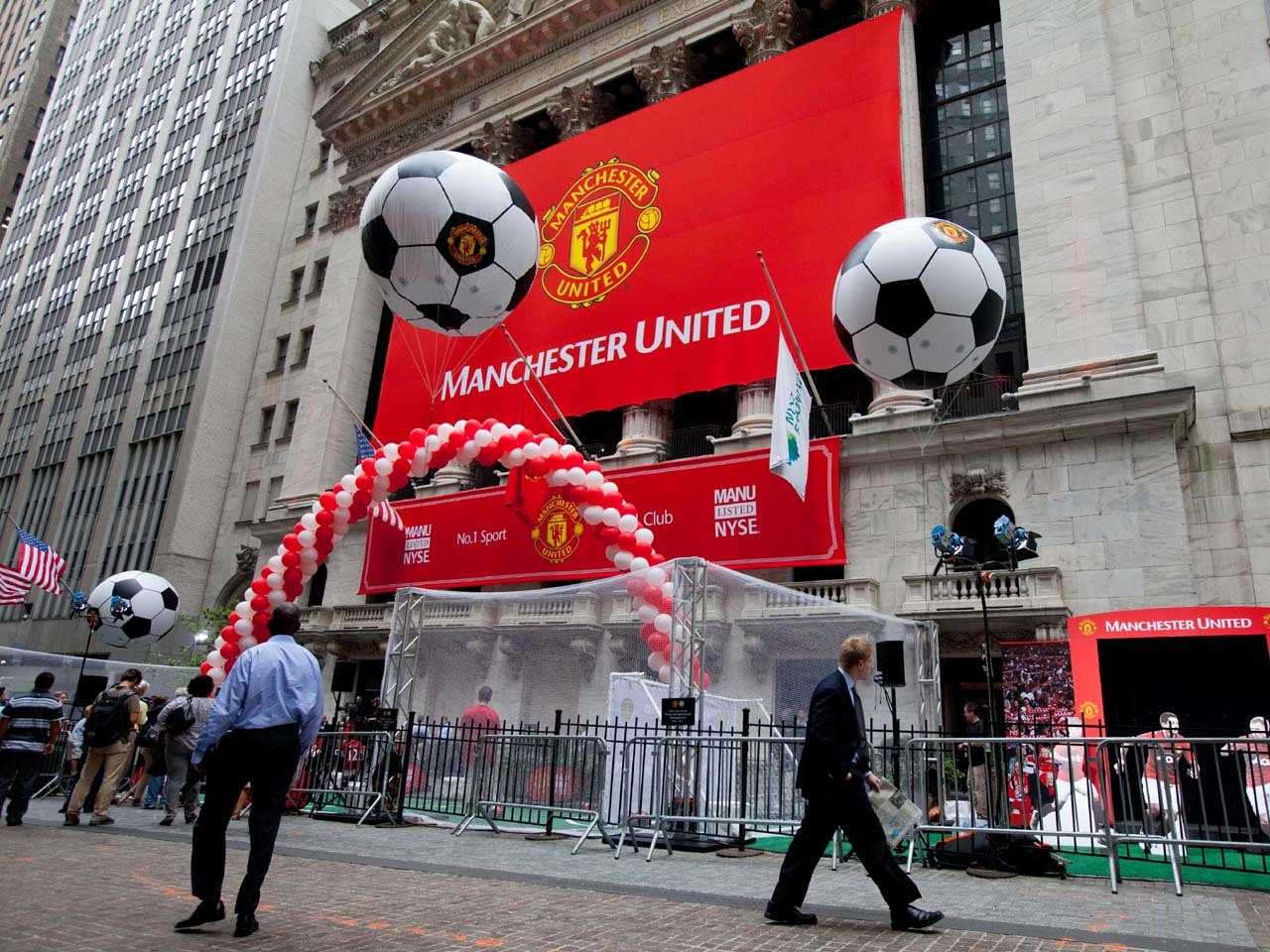 (MoneyWatch) Britain's premier soccer club, Manchester United, went public on the New York Stock Exchange Friday at a reduced offering price of $14 per share. The new price was a bow to criticism that the initial price range of $16 to $20 was ridiculously high -- so high that even the chumps who usually jump into the fast-paced trading that characterizes "hot" IPOs might even pass.

In the scientific art of IPO pricing, the game goes to those who are able to price an offer just low enough to inspire a feeding frenzy that gets the original shareholders a windfall in hours and leaves the gullible and greedy to twist in the wind. And yet, at the opening bell, MANU stock barely budged. Unfortunately for the individuals who bought, even at $14 Manchester United (MANU) does not look like a game-winning play (Update, 4:02 p.m.: Manchester United shares closed their first day of trading at $14, highlighting the underwhelming demand for the IPO.)

The reasons that MANU seems to be a poor deal for investors are almost identical to the reasons that Facebook (FB) shareholders continue to languish with a share price that's roughly half of what they paid on the opening day. Specifically:

The terms stink: The majority owners of MANU are selling shares for two reasons -- give themselves cash and pay down the club's substantial debt. And yet, the new shares give investors no control over what happens to the company. The Glazer family (who will be pocketing some of your cash) retain 99% of the voting control. In legal filings, they say that they will always have a super-majority vote, disenfranchising the chumps who buy MANU shares into perpetuity. The class A shares that are available to the public get one vote; the class B shares held by the family, get 10. That's the same ratio that Zuckerberg used at Facebook.

The price is still insane: Normally, a company's stock price is a bargain when it's selling for a price-to-earnings ratio that's at or near its growth rate. (The p/e is the company's share price divided by its earnings per share, so a company that sells for $30 a share and has earnings of $3 would have a p/e of 10 -- 30 divided by 3.) Thus a company that's growing at a 20 percent clip might be a good buy when it is selling for 20 times earnings -- a 20 p/e.

Where does Manchester United fit on that scale? Research shop Morningstar estimated that at an $18 price, MANU would be selling for 110 times projected 2013 earnings. Those who got it at a reduced price clearly pay less, but even at $14, the shares would be in the double-digits. Does the company have the growth to sustain that sort of lofty valuation? No. Manchester United's revenue is growing by about 11 percent per year, but its net profit growth is impossible to calculate because the company went from a loss to a profit last year. However, if you use the company's pro-forma figures for so-called EBITDA -- which is income taking out the effect of taxes, depreciation and interest -- the company's profits have actually declined every year since 2009. They're up slightly -- 2.5 percent -- over the first nine months of the company's fiscal year ended March 31. Morningstar estimates that the shares are worth about $10.

Facebook's valuation was equally ludicrous, and when the company's quarterly earnings report showed just how slowly the company was growing -- and therefore how unrealistic that high p/e was -- Facebook shares plunged.

Risks: Even this tepid growth rate is incumbent on the team's remaining popular and expanding its brand name. If the team registers a losing season or loses key players, it can lose broadcast, ticket and sponsorship revenue. In addition, the team's league has a great deal of control over financial arrangements. In a pinch, the soccer club's economic needs can and would be put ahead of the needs of shareholders.

Future dilution: What may have been the biggest blow to Facebook shares was the additional dilution that was disclosed in the company's prospectus, but no one apparently saw until months later when new earnings came out and its impact slammed per-share earnings. Manchester United has a similar proviso buried in its prospectus. At the end of this offering, the company will have 163 million shares outstanding, but it is authorized to issue another 486 million shares. That could cut the value of existing shares by roughly two thirds.

The herd on the street: For 45 days after an initial public offering, all of a company's key players -- from underwriters to managers -- are barred from talking about the company's stock. That puts the shares of most IPOs under pressure and usually causes the share price to fall. That's not worrisome if the company has a great business model. It just gives you a better time to buy than the feeding frenzy on the offering day. But if the company's financials are weak -- as they were with Facebook and as they're likely to be with Manchester United -- this quiet period gives investors a chance to take a second look at the company's financial statements and think: What have I done?

That OMG moment often starts a slide in the stock price as investors bail out. And that's hard to stop. In Facebook's case, for instance, the shares that went public at $38 and sold for as much as $45 on the first day, are now selling for about  $21 -- a 53 percent loss in a matter of months.

With Manchester United, the smartest move for sports fans is to stay on the sidelines and watch.

10 cities with the worst credit scores