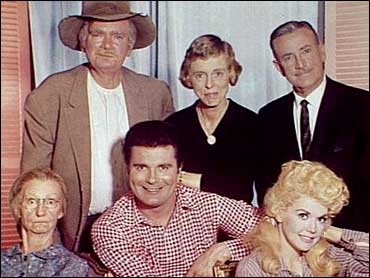 The Communications Workers of America have joined the protest against CBS' plans for the reality television series "The Real Beverly Hillbillies."

The national union, which has 650,000 members, sent a letter to CBS' parent company, Viacom Inc., asking that plans for the show be dropped.

"For your company to propose to ridicule the friends and neighbors of our members is extremely repugnant to me and our members," Jimmy Gurganus, a union vice president, said in a recent letter.

Calls to Viacom in New York and CBS in Los Angeles seeking comment were not immediately returned Monday.

The proposed TV show would involve moving a family from rural America into a Beverly Hills mansion so the nation could watch as they adjust to a posh new life. The proposal has prompted a national protest from grass-roots organizations, state governments, members of Congress and national labor unions.

"We are beginning to see how broad and diverse the opposition to this show is," said Dee Davis, president of the Center for Rural Strategies, a Whitesburg group that's lobbying to stop CBS from producing the program. "It's just a bad idea, and CBS should come to its senses."