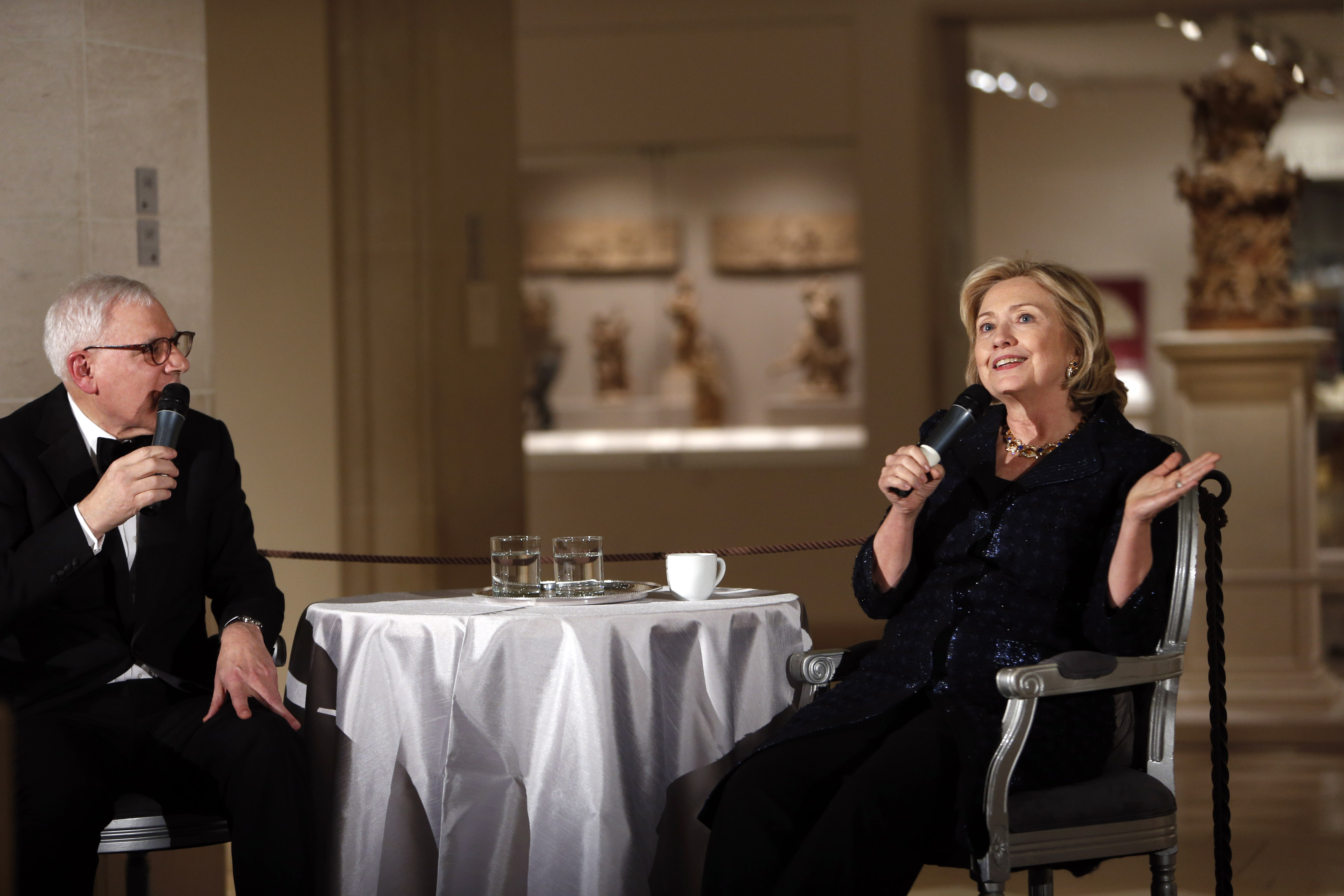 At a foreign policy forum Wednesday evening, former Secretary of State Hillary Clinton spoke extensively about her life and time as the nation’s chief diplomat – but was not pressed to weigh in on the most pressuring international current events of the day.

According to news reports, moderator David Rubenstein, a financier and philanthropist, led Clinton through a discussion of her time at Yale Law School, first Senate campaign, and other milestones, but did not question her about a recent deal to curb Iran’s nuclear program or a dispute over airspace above the East China Sea. The event was a gala honoring the late diplomat Richard Holbrooke in New York City.

Rubenstein defended his decision not to ask about current foreign policy news. “She’s very smart and she’s very cautious,” he said, according to Politico. “She wasn’t going to say anything that was going to make news.” He also noted he is not a journalist, but a businessman.

A Sunday-show interview would have been more appropriate for making news, whereas he aimed to “give the crowd a good time” by having Clinton discuss her life.

Among Clinton’s stories, according to the Washington Post, were the time she angered the administration of Wellesley College by speaking out against the Vietnam War in her 1969 commencement address, and meeting her husband, former President Bill Clinton, during her time at Yale Law School (Clinton said he had straggly reddish hair that made him look like a Viking).

She also noted that she ended up at Yale because a Harvard Law professor told her, “We don’t need any more women,” at a student recruitment event.