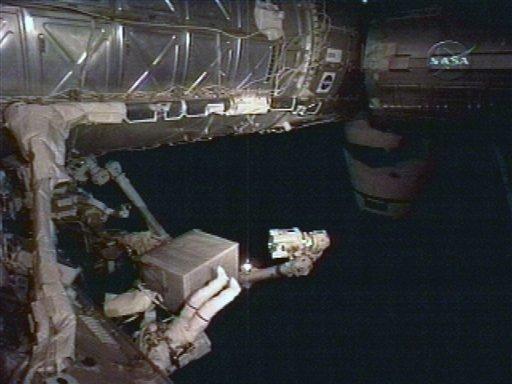 Former Democratic Sen. Max Cleland tried to deliver a letter protesting ads challenging John Kerry's Vietnam service to President Bush at his Texas ranch Wednesday, but neither a Secret Service official nor a state trooper would take it.

The former Georgia senator, a triple amputee who fought in Vietnam, was carrying a letter from nine Senate Democrats who wrote Bush that "you owe a special duty" to condemn attacks on Kerry's military service.

Encountering a permanent roadblock to Bush's ranch, Cleland left without turning over the letter to anyone.

"I have a letter signed by nine members of the U.S. Senate, all of whom have served honorably and I'd like to hand it to a responsible officer here on the gate," Cleland said as he tried to deliver it to security personnel at the roadblock. He accused a member of the president's security detail of trying to evade him.

"I am just going to return the letter and make sure it gets in the mail," Cleland said as he returned to his car.

In their letter, the senators said, "This administration must not tacitly comply with unfounded accusations which have suddenly appeared 35 years after the fact, and serve to denigrate the service of a true American patriot."

A Texas state official and Vietnam veteran, Jerry Patterson, said someone from the Bush campaign contacted him and asked him if he would travel to the ranch, welcome Cleland to Texas and accept the former senator's letter to Mr. Bush.

"I tried to accept that letter and he would not give it to me," said Patterson. "He would not face me. He kept rolling away from me. He's quite mobile."

Patterson, who spoke with the president on the phone, said the campaign asked him to give Cleland a letter for Kerry written by the Bush campaign and signed by Patterson and seven other veterans.

"You can't have it both ways," the letter said. "You can't build your convention and much of your campaign around your service in Vietnam, and then try to say that only those veterans who agree with you have a right to speak up."

On Monday, the president said the group's anti-Kerry advertising should stop, but he refused to denounce it.

"The moment of truth came and went for President Bush to condemn these ads, and he still could not bring himself to do the right thing," Cleland said in a statement.