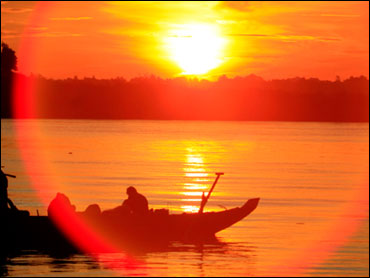 Margaret Thatcher, the indomitable "Iron Lady" who led Britain through 11 tumultuous years, is retiring from the public stage after suffering a series of small strokes, her office said Friday.

Her decision came at the end of a week of controversy, after a fresh blast at the European Union - and the Continent in general - had caused some members of her Conservative Party to wish their 76-year-old former leader would retire quietly.

"Over recent months, Lady Thatcher has suffered a number of small strokes," her office said.

"After thorough investigation involving a number of tests, her doctors have told her that these can neither be predicted nor prevented. They have therefore told her to cut back her program at once and in particular to avoid the undue strains that public speaking places on her.

"With great regret she has decided to abide by this advice and to cancel all her speaking engagements."

Thatcher had canceled a speaking engagement on Tuesday, and her office confirmed Friday that it was because of another small stroke.

Her ailment came to light in January, when Carol Thatcher confirmed that her mother had suffered a small stroke while celebrating her 50th wedding anniversary with husband Denis on Madeira.

Earlier this month, Thatcher turned down an invitation to travel to the Falkland Islands to mark the 20th anniversary of her great triumph, the war between Britain and Argentina, but that decision was attributed to the frailty of her 86-year-old husband.

After winning her first election in 1979, she swept back to power on a wave of patriotism after she sent a naval task force to the South Atlantic to retake the remote Falkland Islands -- claimed by Argentina as the Malvinas -- from an Argentine occupation force.

As prime minister from 1979 to 1990, Thatcher was the ideological soulmate and fond ally of U.S. President Ronald Reagan. The "Iron Lady" nickname was coined by the Soviet press in response to her vigorous anticommunism.

Though she had said she intended to go "on and on," her party - in a panic over low poll ratings - ousted her in 1990. She was Britain's first female prime minister.

She stirred new controversy this week with the publication of a book, "Statecraft," in which she called for Britain to withdraw from key institutions of the European Union.

In excerpts published in The Times newspaper this week, she said the euro was destined to fail and denounced the currency as "nothing more or less than an instrument for forging a European superstate."

She described the creation of the European Union as "perhaps the greatest folly of the modern era" and wrote that most of the 20th century's greatest problems - including Nazism and Marxism - originated in mainland Europe.

Such bluntness has caused political discomfort to her successor as Conservative Party leader, Iain Duncan Smith, who opposes close ties with the rest of Europe but has tried to de-emphasize the issue, a proven vote-loser.

"We did not get a single word of dissociation from the remarks of Margaret Thatcher," Blair said, pointing to Duncan Smith.

"Well, does the right honorable gentleman agree with her remarks? A nod of the head would do."

Blair's sarcasm about Thatcher was a measure of her declining status. During the campaign leading up to Labor's 1997 national election landslide, Blair had been very complimentary toward Thatcher and embraced some her policies.

One senior Conservative, Francis Maude, complained Thursday that his party was unfairly characterized as narrow and bigoted.

"This kind of caricature can too easily be reinforced by rumbling from our hall of fame," Maude said, clearly referring to Thatcher.

On Friday, a front-page story in The Times said a number of local Conservative leaders rejected Thatcher's stance on Europe, and two-fifths of the 100 constituency leaders said the party needed to distance itself from her.

"No matter how amazing your achievement, there does come a time when you have to let go," Conservative lawmaker Ann Widdecombe said Friday, after the announcement of Thatcher's illness.

Thatcher was resting at her home in London, her office said.

"She is all right, but this is a significant precautionary measure to avoid any future such strokes," said Thatcher's spokesman, Mark Worthington.

"Obviously, as you would imagine, it's a big change for her but she's bearing up really well," Worthington said.