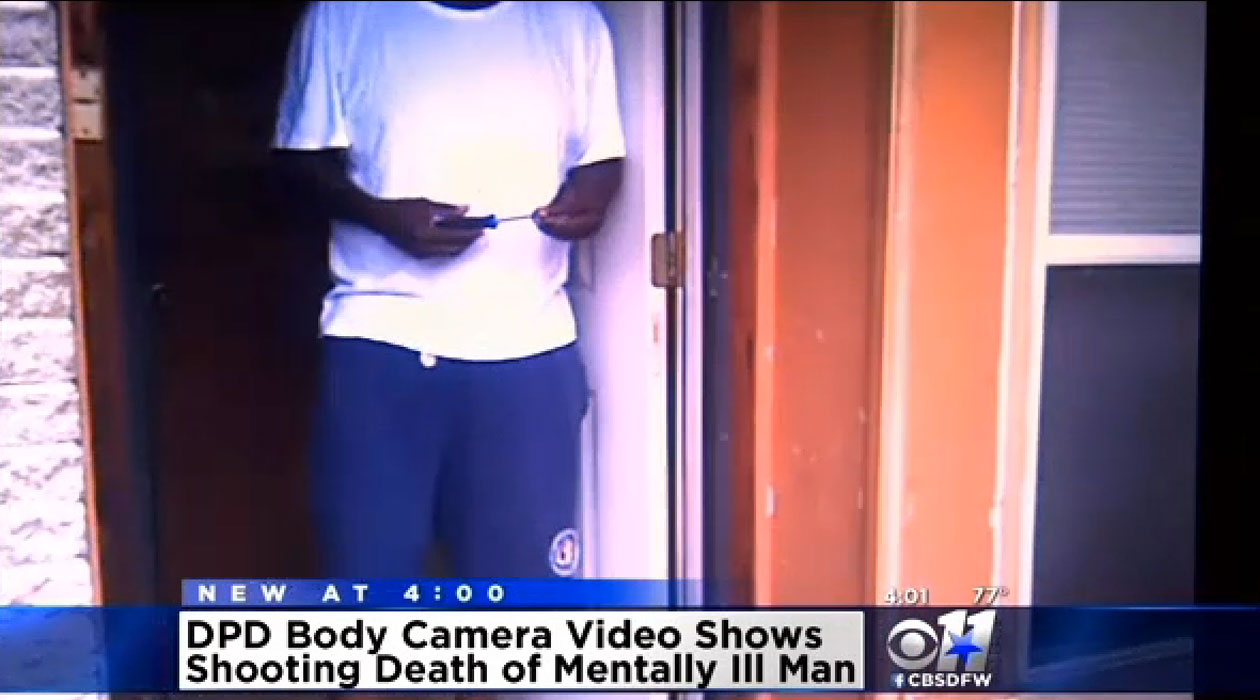 The shooting in on June, 14 2014 was captured on one of the officer's body cameras.

An attorney for Jason Harrison's family said they're disappointed in Thursday's decision, but believe it won't affect a civil rights lawsuit over the shooting by officers John Rogers and Andrew Hutchins. A message seeking comment was left with the city attorney early Friday.

Authorities said Harrison had threatened police with the tool and ignored orders to drop it. Officials say Harrison had a history of schizophrenia and bipolar disease.

Harrison's family says he needed mental health help when police came to his home. The family reportedly says that they told police Harrison was bipolar, and that instead of de-escalating the situation, they shot and killed him.

"For someone to go from zero to 100 the way these guys did it...I just don't believe that's the way it should be done in Dallas, Texas," said Harrison's brother, Sean Harrison.

A lawyer representing both officers says they appreciate the Dallas County grand jury weighing all the evidence in the case. The officers were placed back on duty following an investigation by the Dallas Police Department.