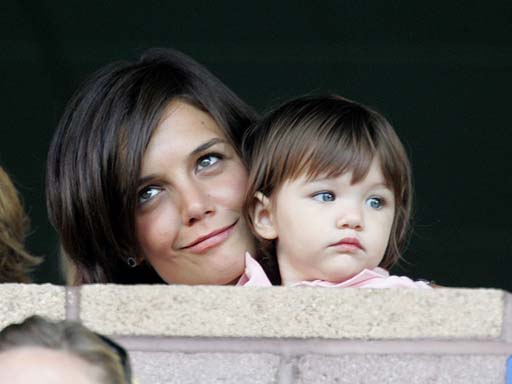 Alan Alda said goodbye to war on the finale of "M*A*S*H," and Mary Tyler Moore turned out the lights in the WJM-TV newsroom when the curtain came down on her show. On television, stars say so long when it's over.

But not Mister Rogers.

The pioneering children's TV host gives no inkling to the show's end during his last new episode of "Mister Rogers' Neighborhood," which airs Friday.

In the end, the 73-year-old Fred Rogers takes off his sneakers and cardigan and, before leaving the living room, promises — just as he has in every episode — that he will be back.

And he will be. PBS affiliates can still air back episodes, some 300 in the program's current video library dating back to 1979. That doesn't include hundreds more dating to 1967.

"There's no finale — it's seamless," said David Newell, who has been playing Mr. McFeely, the "Speedy Delivery" man, on the show since the late '60s. "Somehow the word out there is the program is over and done."

Young children will still hear Rogers' songs, his puppet creations and, most importantly, his slow, open delivery of the neighborhood's message: love yourself and others.

Rogers, whose show won four Emmy Awards plus one for lifetime achievement, always figured the time would come for him to stop. He decided to close production while he still had energy for other things. He plans books on playtime activities for kids, and Web sites for children and their parents.

An ordained Presbyterian minister, Rogers remained true to his message while taping the show at WQED in Pittsburgh even as other children's programming opted for slick, noisy and distracting action cartoons. His thin, lilting voice, his cardigan sweaters, created a sense of tenderness and compassion so genuine it made him the butt of jokes and caricatures among much more jaded adults.

But all along, Rogers has been about respect for his young viewers.

The show, which has run for 34 years, is PBS' longest-running series.

On the final episode — the end of a week of shows celebrating the arts — he brings in a stack of viewer drawings of the neighborhood trolley that takes the audience to the Neighborhood of Make-Believe. He shows each drawing to the camera; each picture is an artistic effort worth his — and our — time and attention.

Rogers rushes through nothing. His expressions are simple and encouraging. His voice is never threatening. He may be the adult in this little TV living room, but he is never judgmental.

"It looks like nothing much happens," admits Hedda Sharapan, an associate producer who has been working with Rogers since the show's inception. "Listening has been one of the main focus points."
Listening, and teaching kids about themselves and their emotions.

On one show, Rogers met with actress Margaret Hamilton, who played the Wicked Witch of the West in "The Wizard of Oz." She explained that the witch was just an act, nothing to be afraid of. Lou Ferrigno explained "The Incredible Hulk" in the same fashion, and Rogers showed the bodybuilder getting into his makeup.

Rogers showed himself getting a shot, explaining it wasn't so bad. He dealt with the death of one of his goldfish. He talked about divorce — telling kids that whatever happened, it wasn't their fault.

If cartoons are like candy to kids, "Mister Rogers' Neighborhood" may be the asparagus of children's TV. "In the long run," Newell says, "the asparagus is better for you."

The final week of the show, the folks in the Neighborhood of Make-Believe have been struggling with red-nosed Lady Elaine Fairchilde, who hasn't been exactly nice lately.

Instead of getting mad, the characters have been unexpectedly nice to Lady Elaine, and it has paid off: As judge of an arts festival, she's given first prize awards for everyone — including herself. Asked why she's being so nice, Elaine says she used to hate herself but not anymore.

There's plenty of love to go around, but no ego.

In the Neighborhood's offices, desks are covered with papers, walls are plastered with promotional posters, memorabilia is everywhere. A few statuettes sit gathering dust on a file cabinet, all but unnoticed.

Asked about them, Newell, coming out of his office, stops and takes a long look.

By Todd Spangler
©MMI The Associated Press. All Rights Reserved. This material may not be published, broadcast, rewritten, or redistributed