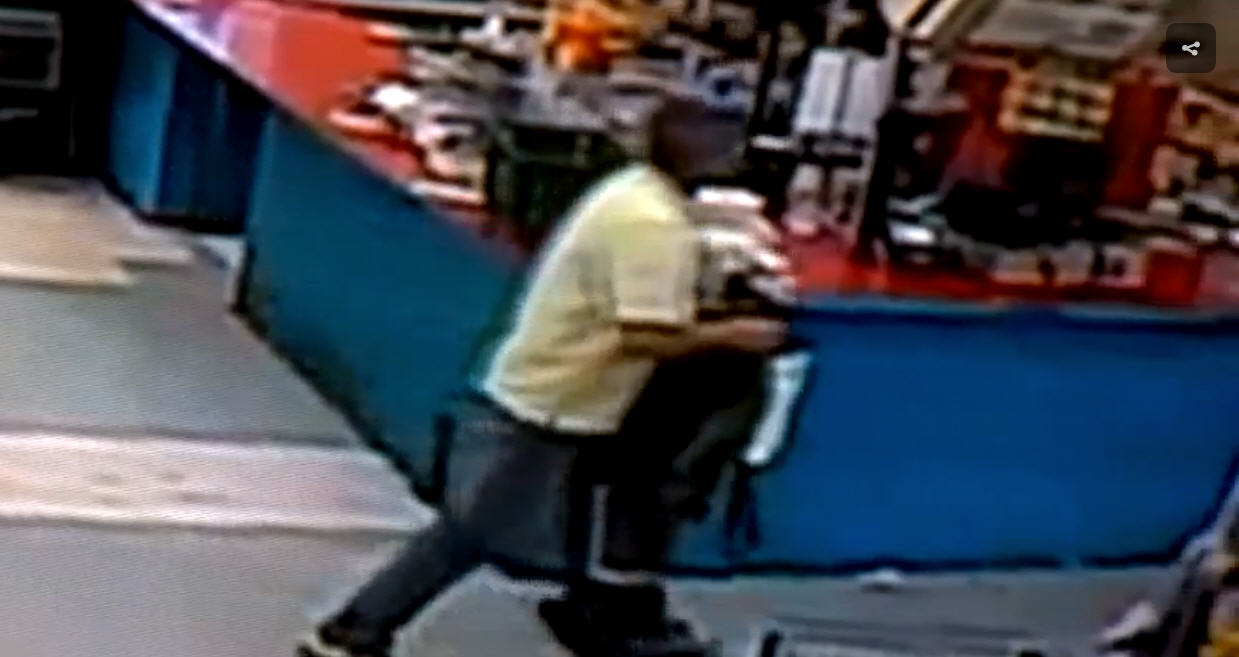 Prosecutors won't pursue criminal charges against the boy as long as he completes a court-mandated diversion program, according to the station.

Authorities say the boy, while wearing a motorcycle helmet, walked into King Foods and Meat Bazaar in West Palm Beach at around 6 p.m. Wednesday. An assistant store manager told the station that the child pointed a gun at a cashier and demanded money.

"All of a sudden I see the little boy pointing a gun at the cashier and I'm just so shocked at the moment. I didn't know if it was a real gun or a fake gun, but my priority was just to take it away from him," the assistant store manager, who did not wish to be identified, told the station.

Then, two store managers sprang into action, WPEC reported. One manager rushed over and pulled the gun out of the boy's hands. A second manager moved the boy to an office to wait for police.

In the surveillance video, the boy can be seen apparently trying to get away, according to the station.

No shots were fired and no one was injured.

Police said there were no bullets in the chamber.

The 8-year-old had a mental evaluation prior to his court appearance Friday afternoon, prosecutors said.

The child and his parents must comply with the diversion program to avoid charges, according to CBS affiliate WPEC.