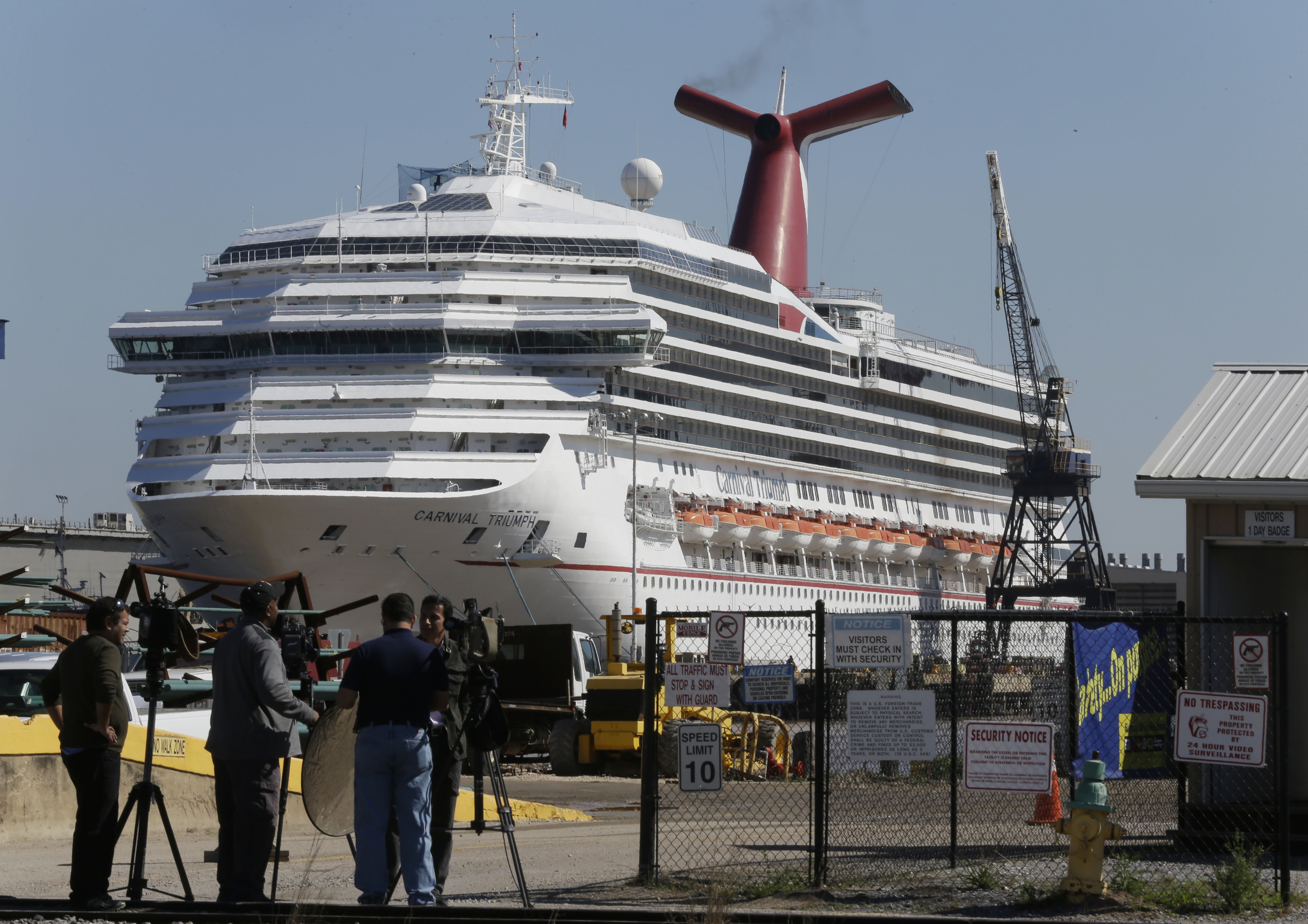 MIAMI A byzantine maze of maritime rules and regulations, fragmented oversight and a patchwork quilt of nations that do business with cruise lines make it tough for consumers to assess the health and safety record of the ship they're about to board in what for many is the vacation of a lifetime.

Want to know about a ship's track record for being clean? Want to assess how sanitary the food is? It's not that easy to find, in part because there's no one entity or country that oversees or regulates the industry with its fleet of ships that are like mini cities floating at sea.

In the case of Carnival Cruise Lines, the owner of the Carnival Triumph that spent days in the Gulf of Mexico disabled after an engine fire, the company is incorporated in Panama, its offices are based in Miami and its ships fly under the Bahamian flag — a matrix that is not unusual in the cruise line industry.

For potential passengers seeking ship information, there's no central database that can be viewed to determine a track record of safety or health inspections. No one agency regulates everything from the cruise line's mechanical worthiness to the sanitation of its kitchens.

The U.S. Coast Guard inspects each cruise ship that docks in the U.S. every year for a range of issues, from operation of backup generators to the lifeboats. The Centers for Disease Control and Prevention maintains a database of recent disease outbreaks and other health inspection information for cruise ships. Had Triumph vacationers looked up information about the cruise ship through those two agencies before boarding, they would have found mostly clean marks and few red flags.

And when something goes wrong, as it did on Triumph, there are limits to how much the Coast Guard can investigate.

These are not new issues — they had been raised by members of Congress before the Triumph incident.

Last year, after the Costa Concordia ran aground off the coast of Giglio, Italy, Rockefeller held a Commerce Committee hearing to examine deficiencies in the cruise line industry's compliance with federal safety, security, and environmental standards and review industry regulations.

"As I remarked then, they seem to have two lives: One is at port, where the Coast Guard can monitor their operations; the other is at sea where, it appears once they are beyond three nautical miles from shore, the world is theirs," Rockefeller said in letter he wrote this week to Admiral Robert J. Papp Jr., the commandant of the Coast Guard. "The Carnival Triumph incident only serves to further validate this view."

The Triumph left Galveston, Texas, on Feb. 7 for a four-day cruise to Cozumel, Mexico. An engine-room fire paralyzed the ship early Sunday, leaving it adrift in the Gulf of Mexico. Passengers described nightmarish conditions on board: overflowing toilets, long lines for a short supply of food, foul odors, and tent cities where vacationers slept on deck. Tugboats slowly towed the 14-story vessel to Mobile, Ala. It arrived there late Thursday.

As CBS News correspondent Anna Werner reported, passengers praised the Triumph's crew, but they gave strong criticism to the Carnival executives, despite the company's offer of a full refund and $500 additional per person.

"It doesn't even cover people's loss in wages," said passenger Leslie Mulberry. "I think that's kind of laughable that they are trying to offer $500. That's nothing to Carnival -- $1.5 million is what it adds up to, which is nothing. They're laughing at that. "

Before a ship like the Triumph sets sail, it's possible — but not easy — to find information about past incidents and safety or health issues. The CDC's Vessel Sanitation Program is viewable online. The database shows recent disease outbreaks aboard cruise ships and how they were addressed.

The Coast Guard also has a database, known as the U.S. Coast Guard Maritime Information Exchange, with inspections and any deficiencies found aboard ships, dating to when the vessels entered service. A search on the exchange's website for the Triumph turns up its certifications for things like passenger safety and pollution prevention as well as inspections. No violations or red flags are immediately evident. Searching a little deeper, the most recent report shows a propulsion issue from a Jan. 28 incident involving a short in a connection box of one of the ship's generators.

But the cause of the fire that crippled the Triumph is still under investigation. Carnival spokesman Vance Gulliksen said Saturday that he could not comment yet on damage, timeline or estimated costs. In the meantime, the ship is expected to remain docked in Mobile to be cleaned and sanitized before it's back on open waters.

The U.S. Coast Guard and the National Transportation Safety Board will lend their expertise to the investigation, but in a support role. The probe will be led by the Bahamas Maritime Authority, where Carnival registers or "flags" some of its ships. The arrangement is commonplace under international maritime law, and it puts U.S. agencies and investigators in a secondary position even though the Triumph and other Carnival ships sail out of U.S. ports with primarily American customers.

Investigators got their first look inside the engine room where a fire caused the loss of power to the Triumph, Werner reported. Coast Guard Marine Investigator Patrick Cuty described the scene.

"The engine from what we saw yesterday appeared to be intact and probably operable, although they were obviously not running it while we were down there," he said. "But they are intact and operable so this fire has a different origin and we just have to determine what that is for our investigation."

Inquiries to Carnival about inspections and foreign flags were met by a response from the Cruise Lines International Association, which represents all of the major cruise lines. Bud Darr, the group's senior vice president for technical and regulatory affairs, said the industry is "very heavily regulated," from the way ships are designed to how crews train for emergencies. He said standards are set by the United Nations' International Maritime Organization.

But Jim Walker, a Miami maritime attorney and author of the www.cruiselaw.com blog, said, "the IMO guidelines are not law and there is no consequence if the cruise lines ignore the guidelines and recommendations. Customers have no way of knowing whether they are well maintained safely. There is no federal oversight with real teeth."

Fires — though not all as major as the Triumph's — happen virtually every year on cruise ships. There were 79 onboard blazes from 1990 to 2011, according to a list compiled by Ross Klein, a professor who specializes in cruise industry issues at Memorial University in Newfoundland, Canada.

In 2010, the IMO adopted rules that require any large cruise ship built after July 1 of that year to have a separate, redundant system able to maintain the ship's propulsion, steering and so forth in case one engine is disabled by fire. The rules also mandate that ships be capable of maintaining basic services such as sanitation, water, food and lights in such circumstances.

The Triumph was built in 1999 and isn't covered by the rules, as is the case for most ships among major cruise lines. Experts say the Triumph might have been able to limp into port more quickly if it had the newer systems, but retrofitting is costly and time-consuming.

"Provided the emergency generators worked and had enough power, they would have been able to return to port under their own power, but much slower," said Andrew O. Coggins, Jr., a Pace University management professor who focuses on hospitality and tourism industries.

"Once Carnival has evaluated the full cost of this incident," he added, "it might be cost effective to retrofit their older ships."