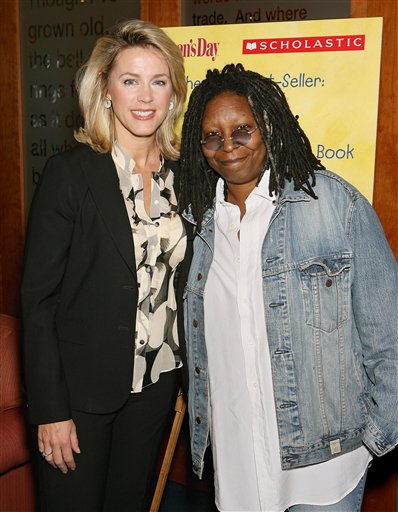 Purdue coach Gene Keady kept preaching patience. It finally paid off for the No. 21 Boilermakers.

Purdue didn't have its first lead until midway through the second half. But when they finally got it, the Boilermakers held on for a 78-75 win over Michigan, despite an emotional charge by the Wolverines.

"We didn't play with the same energy that they did at first, and we got in a hole," Keady said. "It was a great win for us, and now we're back in the Big Ten race."

Brian Cardinal scored 20 points for the Boilermakers who won their seventh straight.

But the Boilermakers (20-7, 11-3 Big Ten) got all they could handle from the emotionally charged Wolverines (13-11, 4-9), playing without freshmen Jamal Crawford, the team's leading scorer who was suspended again by the NCAA.

The Wolverines also went without freshman LaVell Blanchard, one of their steadiest players, who left with an injured right knee 28 seconds into the game.

"It was like I thought it would be," Keady said. "With the Crawford thing, I knew things would be jacked higher than a kite. I saw the headbands and I knew we were in trouble."

Every one of the Wolverines wore a headband in honor of Crawford, normally the only Michigan player who wears one.

Gavin Groninger, another freshman, led Michigan with 19 points before fouling out with 2:06 remaining and freshman Kevin Gaines added 18 for the Wolverines.

"We're disappointed," said Groninger, who grew up in Plainfield, Ind. "But there's also a lot of pride in what we did. To have a chance to win with just seconds left gives us a lot of confidence."

Michigan led by five at halftime, but the Wolverines went 5:22 into the second half before hiting their first field goal.

The Boilermakers, meanwhile, chipped away and finally got their first lead, 51-49, on Carson Cunningham's 3-pointer with 10:52 left.

"We knew they'd come out intense and emotional," Cunningham said. "We just weren't able to weather the storm. We knew we'd have to match their intensity, and we didn't, early."

But the Boilermakers took the lead back when Mike Robinson, who finished with 17, made a three-point play 10 seconds later. Purdue led 62-57 on Greg McQuay's layup with 7:32 left.

The Boilermakers increased their lead to 70-63 on Cardinal's 3-pointer with 2:40 remaining.

"We tried to be physical and take the ball at them," Cardinal said.

Chris Young had a chance to tie it at 74 with 10.6 seconds left, but the first of his two free throw attempts spun out of the rim. The Wolverines were forced to foul the rest of the way and Purdue made four free throws, three by Cunningham.

Groninger hit three 3s as the Wolverines, who scored the first nine points, built a 29-13 lead with 6:29 left in the first half.

Purdue, getting a three-point play from Robinson and a 3-point basket by Cardinal, closed it to 33-30 with 2:14 left in the half.

Michigan's Peter Vignier sandwiched a hook shot and a layup around a layup by Purdue's Jaraan Cornell and the Wolverines led 37-32 at halftime.

The Wolverines, expecting to get Crawford back from a six-game NCAA suspension, learned earlier in the day that the NCAA had hit him with another suspension this one for eight games for a newfound violation.

Crawford's six-game ban was for living with a benefactor who wasn't his legal guardian while a high school student in Seattle.

While investigating that situation, the NCAA learned Crawford had attempted to apply for the NBA draft after signing to play for the Wolverines. The NCAA first said Crawford's collegiate career was finished. Later in the day, the NCAA made it an eight-game suspension after an appeal by Michigan.

The student cheering section chanted "We want Crawford" as the teams took the floor in Crisler Arena. Crawford sat on the bench in a white T-shirt, black pants and sneakers.