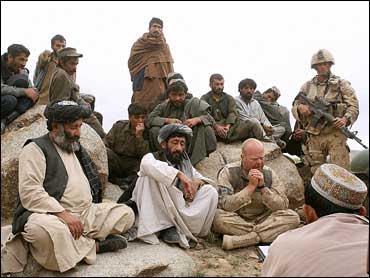 With 3-point accuracy and fast-break explosiveness, Keith Bogans turned the expected heavyweight title fight between No. 14 Kentucky and No. 6 Tennessee into a romp for the Wildcats.

The freshman guard scored a career-high 25 points, including 16 of the Wildcats' first 23, as Kentucky took over first place in the Southeastern Conference's East division with an 81-68 victory over the Volunteers on Tuesday night.

"It felt good," Bogans said. "It felt like I couldn't miss so I kept shooting. That's what a guy dreams of, that every shot he shoots is falling."

The victory pushed the Wildcats' winning streak at Rupp Arena to 15 games, and avenged Kentucky's last home loss, a 47-46 setback to the Volunteers last season.

"All our guys are growing, maturing, they're feeling more comfortable with each other," Smith said. "He was open because of the other players doing other things for him to get his shots."

Three days after scoring 16 points in a win at Miami, Bogans was even more dominant against the Volunteers. He was a threat from everywhere on the court, going 4-of-8 from 3-point range and finishing three Kentucky fast breaks with layups.

He was also 5-of-7 from free throw line, handed out two assists and made two steals, while committing four turnovers.

Kentucky also got 17 points from Tayshaun Prince, 14 in the second half, and a 12-point, five-assist performance from point guard Saul Smith. Prince and mith each had six rebounds.

In the second half, with Tennessee scrapping to cut into Kentucky's lead, Prince hit two 3-pointers, including the one that effectively locked the game away, 74-63, with 3:59 remaining.

"Our spirit is going to be fine," Tennessee coach Jerry Green said. "This is a setback, but we understand Kentucky played a fine game tonight. ..."

"This is about as bad as we've executed all season, but I don't want to take anything away from Kentucky, they played a fine game."

SEC statistics were turned upside-down in this contest, as the league's worst 3-point shooting team, Kentucky, went 10-of-21 from beyond the arc, while the top long distance team, Tennessee, went just 10-of-27.

The Wildcats, who were outrebounded in losing twice to Tennessee last season, held a clear advantage on the boards, 40-33.

And the fired-up Wildcats got an assist from the raucous Rupp Arena crowd, which took up the chant of "Over-rated" with 1:20 remaining and Kentucky ahead by double digits.

Tennessee stayed in the game until the final minutes, mainly on the strength of 3-pointers by Yarbrough, who had five, and Harris, who hit three. But 58-54, with 9:46 remaining, was as close as the Vols got over the final 10 minutes.

An anticipated matchup between Tennessee center C.J. Black and Kentucky center Jamaal Magloire, whom Black labeled a "dirty player" in the preseason, never panned out.

Black was in foul trouble for nearly the whole game, picking up two early fouls in each half before sitting down for long stretches. He finished with only two points.

Magloire was equally ineffective, missing all three of his field goal attempts and grabbing only two rebounds in finishing with two points.