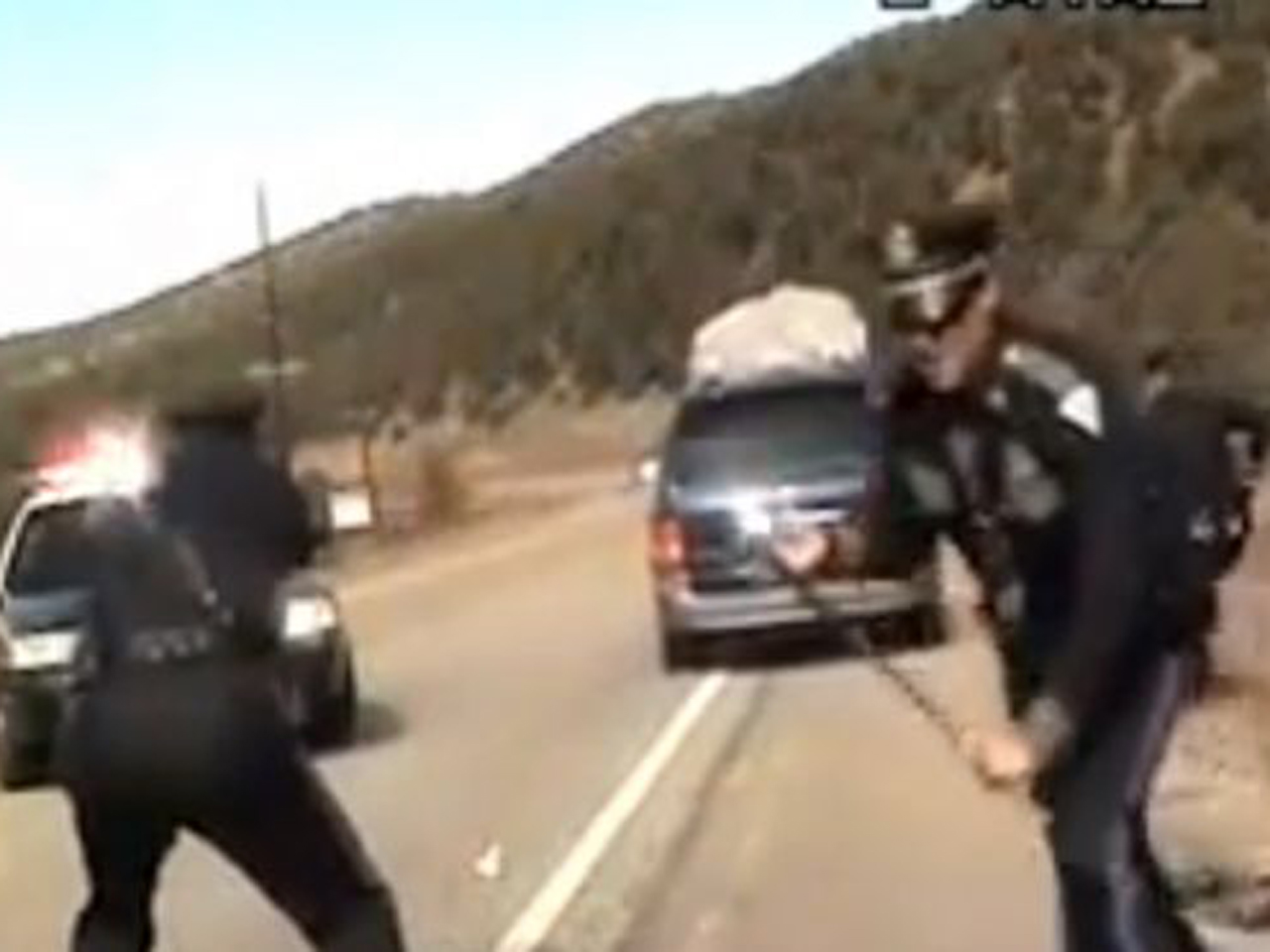 ALBUQUERQUE, N.M. - Elias Montoya, the New Mexico State Police officer who fired shots at a minivan full of children during a chaotic October traffic stop, has been fired.

State Police spokesman Lt. Emmanuel Gutierrez says he confirmed with Chief Pete Kassetas that Montoya is no longer employed by the department. His termination was effective at 5 p.m. Friday.

Montoya has 30 days to appeal his firing to a public safety advisory council.

The officer was placed on administrative leave earlier this week following an investigation into the shooting outside the northern New Mexico tourist town of Taos.

Video from a police cruiser's dashboard camera taken Oct. 28 showed Montoya shooting at the minivan as a Memphis, Tenn., woman drove away. The motorist, 39-year-old Oriana Farrell, had been stopped for speeding and fled twice after arguing with an officer.