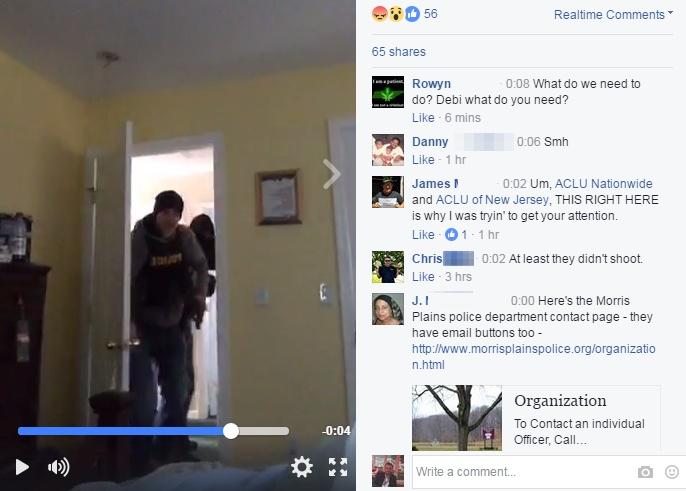 TRENTON, N.J. -- A New Jersey marijuana advocate dubbed “NJ Weedman” has been arrested on witness tampering charges and was broadcasting on Facebook Live when SWAT team members burst through the door.

“There’s probably officers in Trenton or somewhere looking at my Facebook Live right now,” Forchion said about seven minutes into the first broadcast. “I hear car doors opening but I’m not going to go near the door.”

A few minutes later, Forchion ended the first broadcast. He posted another video a short time later showing police officers opening the door and telling him to show his hands:

Forchion tells NJ.com he thinks the new charges stem from him revealing the name of a confidential informant.

Forchion was arrested in April during a police raid of his eatery, called NJ Weedman’s Joint. He has spent time in and out of prison for marijuana possession. In 2012, federal agents in California raided his pot farm, confiscating 600 plants, according to CBS New York. He is charged with selling marijuana at his establishment.

Prosecutors have said an informant bought marijuana from Forchion multiple times before the raid and provided essential information on the sales.