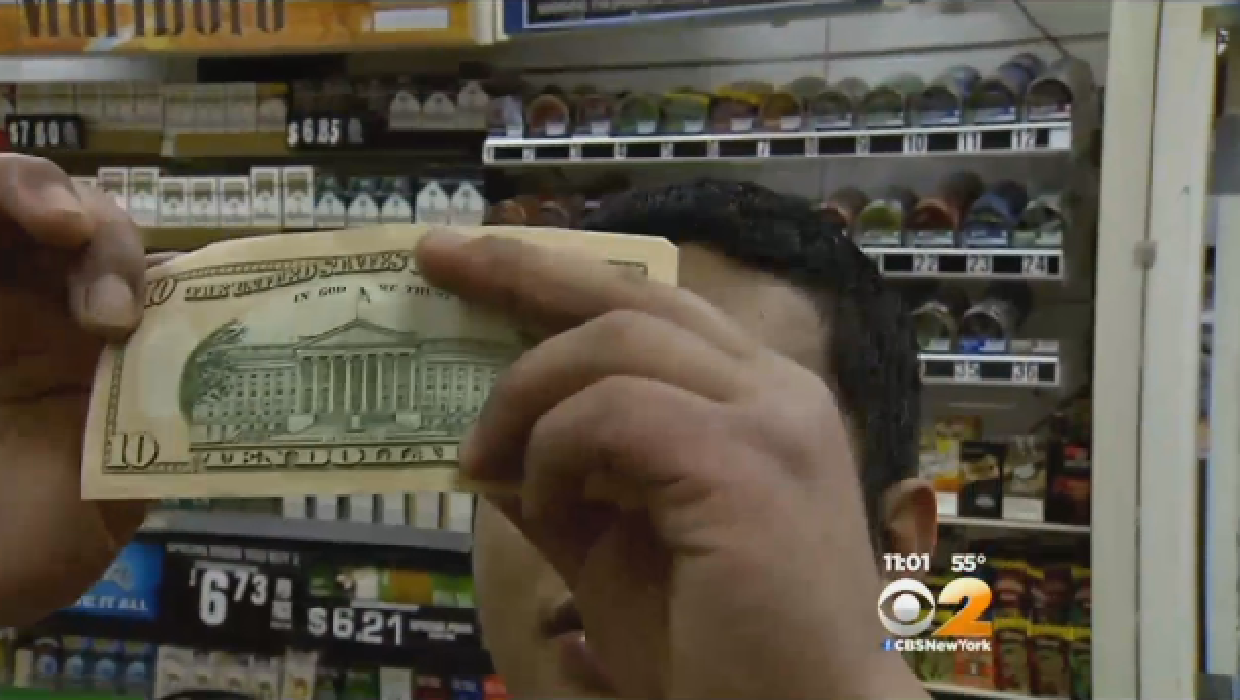 The fake bills were first discovered at a Dunkin' Donuts in New Milford, police said.

Video from a store surveillance system captured the teens wearing New Milford school attire using the bills, which all had the same serial number, on April 25 and May 8, according to authorities.

After reviewing the footage, police Det. Kevin Van Sanders contacted the U.S. Secret Service who informed him that bills with that serial number had also been passed in Dumont and Paramus, reports the station.

Secret Service officials said that the bills appeared to have been made on a home ink-jet printer, using resume paper. Upon further investigation it was determined that the bills had been made by a teen on a home computer before being distributed to other New Milford High School students, authorities say, according to CBS New York.

During an interview with police, a student reportedly admitted to producing approximately $1,000 in fake bills. The student's parents gave police permission to search their home for the printer. During the search, authorities discovered one HP Deskjet printer, a box of resume paper, a counterfeit $20 bill and five counterfeit $5 bills, according to the station.

Upon reviewing past counterfeit bill reports, police reportedly discovered that one of the bills had been used at a New Milford 7-Eleven store on April 13 and at the New Milford High School cafeteria on May 9.

One New Milford teen said that the students were probably just in need of some extra cash.

According to the station, all of the suspects are charged as juveniles, including counts of possession of a forgery device and theft by deception, and all were released to their parents.