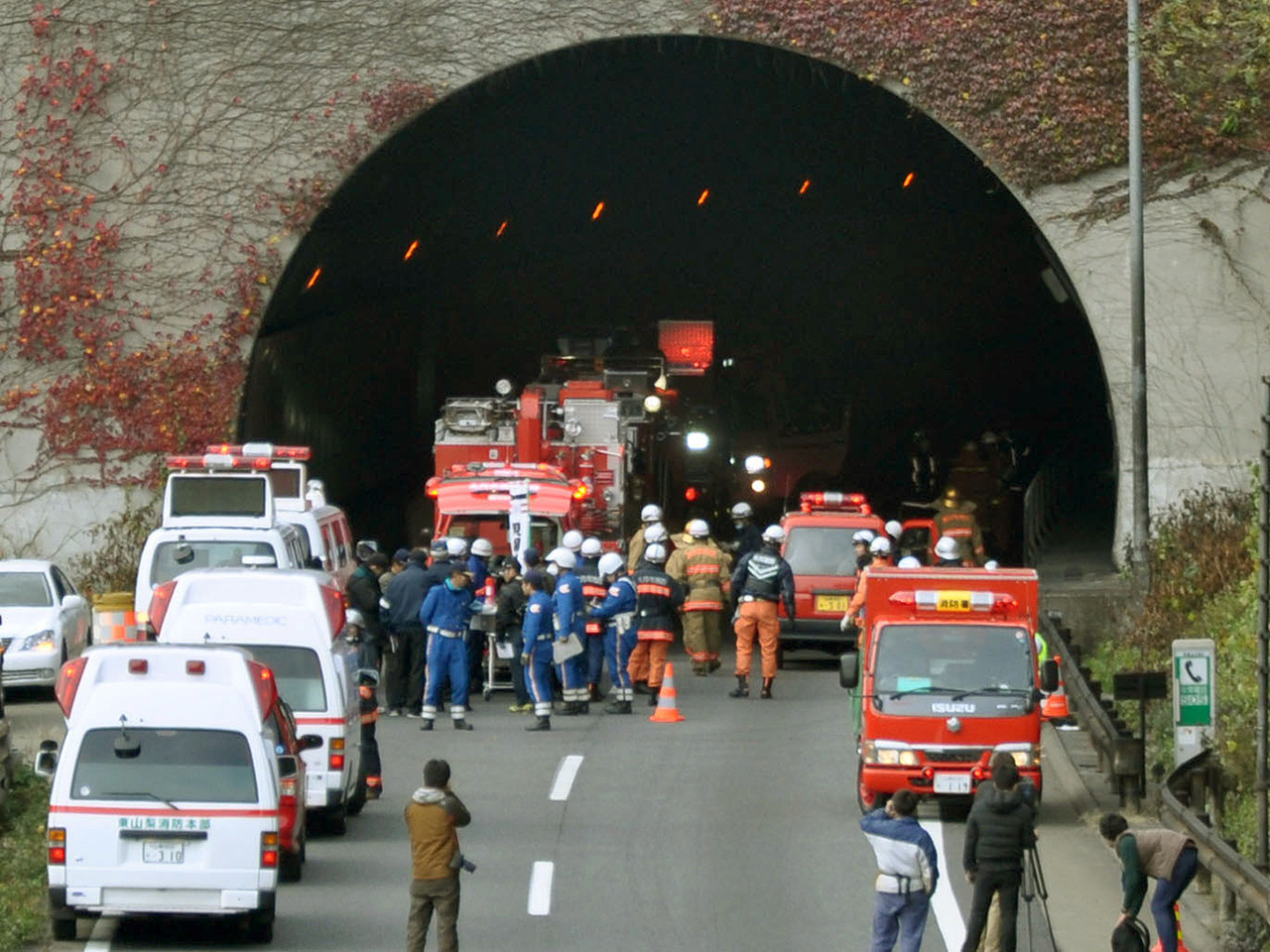 Two vehicles caught fire in the accident Sunday morning, and heavy smoke initially hindered rescue efforts. The location of the accident about 1 mile inside the 3-mile long Sasago Tunnel was also making the work difficult.

The search was suspended Monday morning while the highway operator does work to support the remaining panels in the ceiling, said Jun Goto, an official at the Fire and Disaster Management Agency. It's expected to resume by afternoon.

Goto said it's not clear if there are other survivors.

Police and the highway operator Central Japan Expressway Co. were investigating why the concrete panels collapsed. The size of each panel, how many fell and other details about the collapse were not immediately released.

The nine dead were traveling in three vehicles in the tunnel about 80 kilometers (50 miles) west of Tokyo on a highway that links the capital to central Japan. The tunnel opened in 1977 and is one of many in the mountainous country.

Company President and CEO Takekazu Kaneko said that the company was inspecting other tunnels of similar structure, including a parallel tunnel for traffic going in the opposite direction. Both sections of the highway were shut down indefinitely.