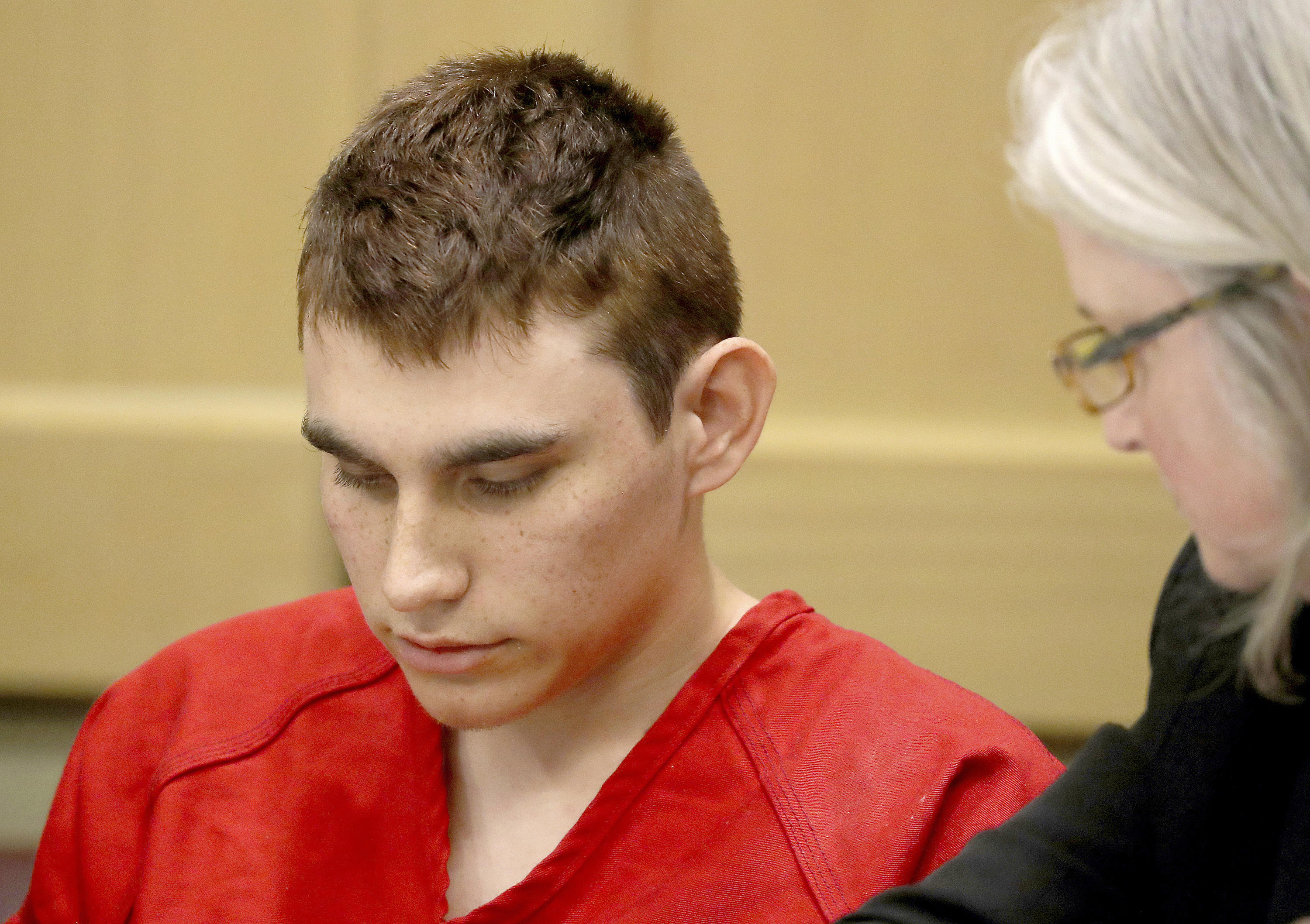 FORT LAUDERDALE, Fla. -- A just-released video interview with a campus security monitor at Marjory Stoneman Douglas High School provides new details that may prompt another round of what-if questions about the Valentine's Day shooting that killed 17 people. The video released by Broward County prosecutors Tuesday was recorded shortly after the shooting.

In it, Andrew Medina told detectives he saw Nikolas Cruz get out of an Uber with a large bag and make "a beeline" toward the freshman building, moments before it became a killing scene.

Medina told detectives he recognized Cruz, wearing a backpack and carrying a duffel bag, as a troubled former student and immediately radioed another unarmed security monitor to "keep your eyes open." That monitor entered the other side of the building, and then hid in a janitor's closet when shots rang out, Medina said.

Neither monitor was armed with anything but a radio. Following the shooting at the school in Parkland, many politicians including President Trump have said more trained armed personnel should be stationed at schools to protect students.

He said Cruz turned to look at him as he approached the building on the golf cart.

"I'm telling you, I knew who the kid was," Medina told detectives. "Because we had a meeting about him last year, and we said, 'If there's gonna be anybody who's gonna come to this school and shoot this school up, it's gonna be that kid.'"

Last week, Medina told a different story to a local newspaper. He told the Sun Sentinel that there was no meeting where Cruz was referred to as a possible gunman and that on the day of the shooting he saw the suspect from about two football fields away and didn't specifically recognize him as Cruz.

Medina told detectives he heard 15 loud bangs shortly after the suspect went into the building, and drove his golf cart to pick up Scot Peterson, the armed school resource officer.

Some parents say Medina should have called in a "Code Red," which would have triggered a massive law enforcement response and immediate lockdown of the school.

Andrew Pollack, whose daughter Meadow was killed, called The Associated Press on Wednesday to say Medina should be fired.

"All he had to do was say 'Code Red.' He was trained to say those words and he didn't do it. That's the incompetency of the Broward School District," Pollack said.

Yet Medina, who also coaches baseball at the school, told the detectives he didn't know Cruz was carrying guns in the bag, and while driving the cart toward Peterson, Medina said he radioed others on campus about "suspicious noises."

Medina said he was wary of calling a "Code Red" without more certainty about what was going on.

"I wasn't going to yell a (Code Red) because I didn't--I didn't really visualize a gun and I didn't really see the shots," Medina said. "We've been doing this training at the school, you know. Don't yell it unless you get a really good visual."

He said he and Peterson then heard more shots as they approached the freshman building, and the deputy told the unarmed Medina to "get out of here."

Medina said he then drove to the front of the school. Surveillance video showed Peterson taking up a position outside the building, which he never entered.

Vilified by the Broward County sheriff, Peterson resigned and retired. He was branded a coward and remained silent, until a recent interview for NBC's "Today" show. Peterson said he didn't know where the shots were coming from and thought it might have been a sniper shooting out from the building.

Part of Medina's job as a monitor at the school with more than 3,200 students was to unlock multiple gates before each school day ends. That's what he was doing when he saw Cruz emerge from the Uber.

In the shooting's aftermath, many state legislators and members of Congress have called for increased security measures at the nation's schools, such as fewer entry points at buildings and more locked doors on campuses.

Medina was already second-guessing himself when he was interviewed by detectives the day of the shooting, telling them: "I really wish I would have stopped him before, and we would have saved all this, but it really wasn't nothing I could do about that."

Medina said Cruz, a former Stoneman Douglas student, was known as "Crazy Boy" around campus because of troubling behavior, such as wearing a camouflage mask, writing the number "666" and putting swastikas on his backpack.

Pollack said Cruz should have been stopped immediately.

"My dog would know better than to let 'Crazy Boy' walk into the school," he said.