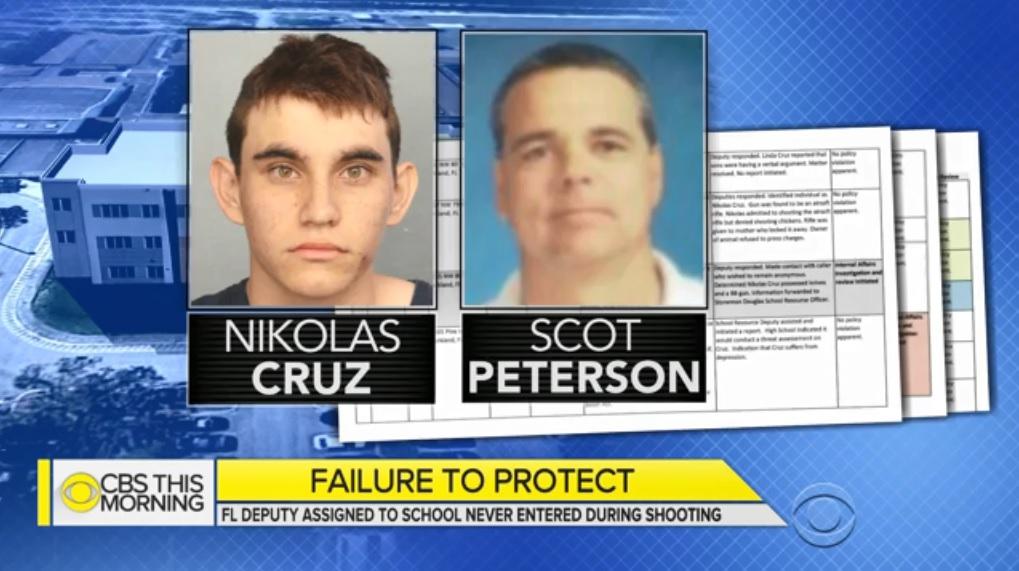 MIAMI -- The former sheriff's deputy who's been called a coward for his actions during a mass shooting at a Florida high school said he's haunted by what happened but he had no time to be scared because everything unfolded so quickly. "Those were my kids in there," Scot Peterson said in an interview that aired Tuesday morning on NBC's "Today Show." ''I would have never sat there and let my kids get slaughtered. Never."

Peterson has been widely criticized since the Feb. 14 massacre that left 17 people dead at Marjory Stoneman Douglas High School in Parkland. Peterson retired from the Broward Sheriff's Office after surveillance video showed him outside the building where the shooting occurred.

Peterson said he wants the families of those killed to know, "I didn't get it right." But he said it wasn't because he was afraid to enter the building.

"There was no time. Things went so fast," he said. "I never thought for a moment about being scared or being a coward."

The gunman entered a building on campus at 2:21 p.m. and began firing, authorities have said. He left six minutes later.

Peterson was in his office in another building when he got reports of sounds of "firecrackers" on campus. He arrived at the building about 2:24 p.m., just as authorities say the suspected gunman was heading to the third floor. Six people were killed on the third floor, 11 on the first floor.

Fred Guttenberg, whose daughter Jaime died on the third floor, said he believes she would be alive if Peterson had entered the building.

Andrew Pollack, the father of slain student Meadow Pollack, called Peterson a "coward," but said discussing him is "not even worth it."

"We are going to focus on what we can do in the future," said Pollack, who has become an outspoken advocate for school safety, including adding more armed guards. "Looking back is just toxic. Every day it is something new."

Nikolas Cruz, a 19-year-old former student, has been charged with 17 counts of first-degree murder in the attack. Lawyers have said he'll plead guilty in exchange for a life prison sentence, but prosecutors are pursuing the death penalty.

Peterson said that when he arrived outside the building, he immediately recognized the sounds as gunshots, not firecrackers. But, he added, it was difficult to tell where the shots were coming from. He said he thought about the Las Vegas concert shooting where a sniper was firing at the crowd from a hotel window.

When asked why he didn't just go into the building to look for the shooter, Peterson said he did what his training called for.

"I would have had to check obviously every classroom. You can't just go willy-nilly and go: Let me look here; let me look there. You have to check each room," he said.

He said he was getting "no real time intelligence whatsoever." Peterson said there were conflicting reports on his radio and one report even had the shooter at the football field.

"It's easy for people to sit there and say, 'He should have known that person was up there.'" It wasn't easy," he said. "I'm never going to get over this."