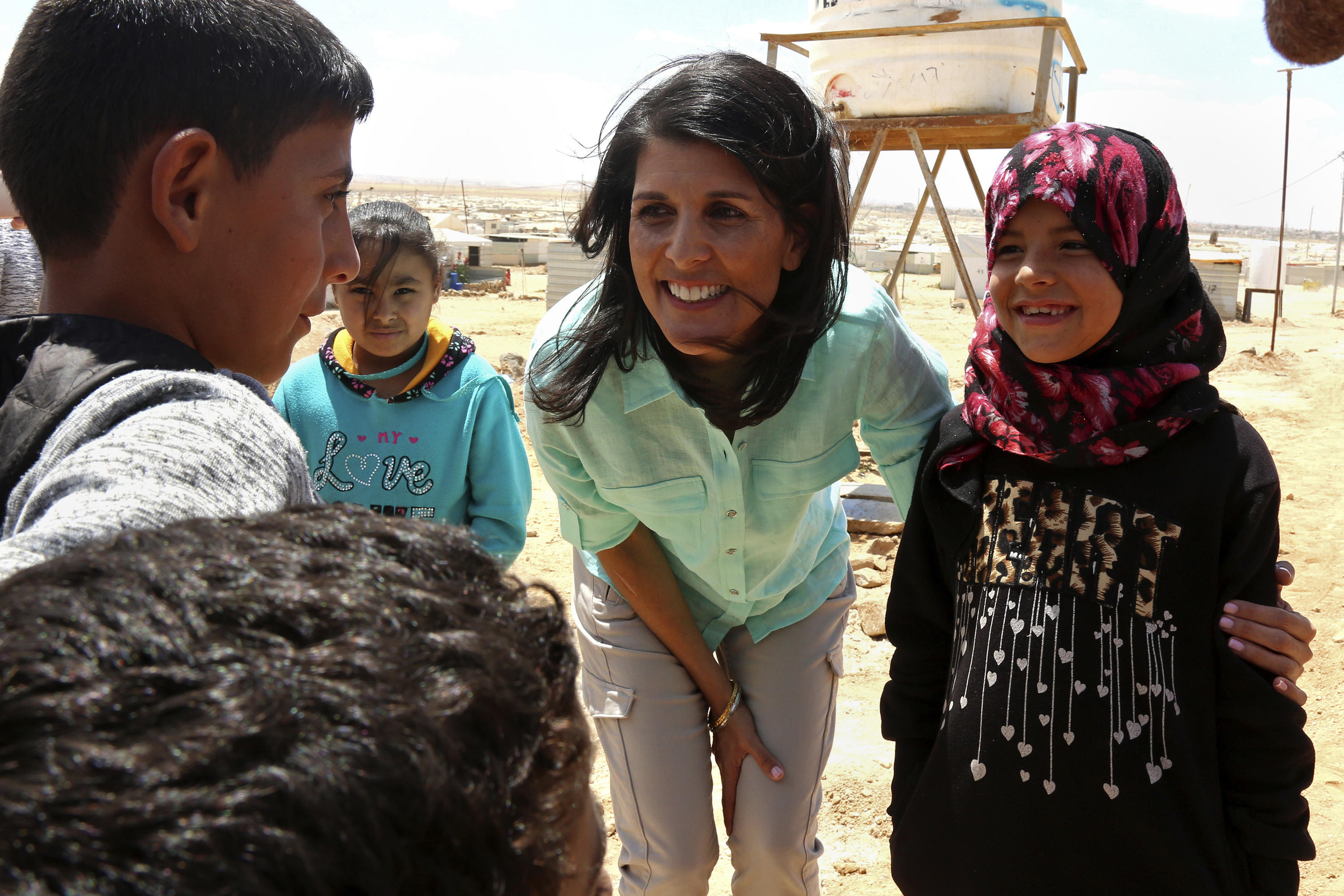 While President Trump was speaking in Saudi Arabia on Sunday, his U.N. envoy, Ambassador Nikki Haley, had arrived at one of the largest refugee camps in Jordan, reaffirming Trump's message to Sunni Muslim states of cooperation.

Haley is traveling to Jordan and Turkey during her first trip overseas since becoming the U.S. ambassador to the United Nations.

"At Za'atari camp in Jordan, we enjoyed talking to Syrian refugee children about school, their favorite classes and their hopes for the future," Haley posted on Twitter Saturday.

Meanwhile, Mr. Trump's speech in Saudi Arabia was aimed at uniting leaders of 50 Muslim-majority nations in the fight against extremism and the Islamic State of Iraq and Syria (ISIS). It was focused on unity of purpose, as well as bringing peace through military might to the region, avoiding mentions of human rights or democracy.

"Drive them out" of the region Mr. Trump said, referring to extremists, while diplomats waited to see what these words would mean for the intra-Arab conflicts in Syria and Yemen.

The speech in Saudi Arabia, framed as creating a new Arab military alliance, is a marked contrast to candidate Trump, who made a point of talking about radical Islamic terrorism -- not mentioned in his Sunday speech -- and whose travel bans against several countries with Muslim majorities remain blocked by U.S. courts.

It was evident that in addition to Mr. Trump's message on extremism, one of the main purposes of the president's trip was to sign a $110 billion arms deal that, he said, creates hundreds of thousands of U.S. jobs.

The Saudi reception of Mr. Trump has been predictably warm and the speech struck a tone of opening doors and putting human rights issues aside.