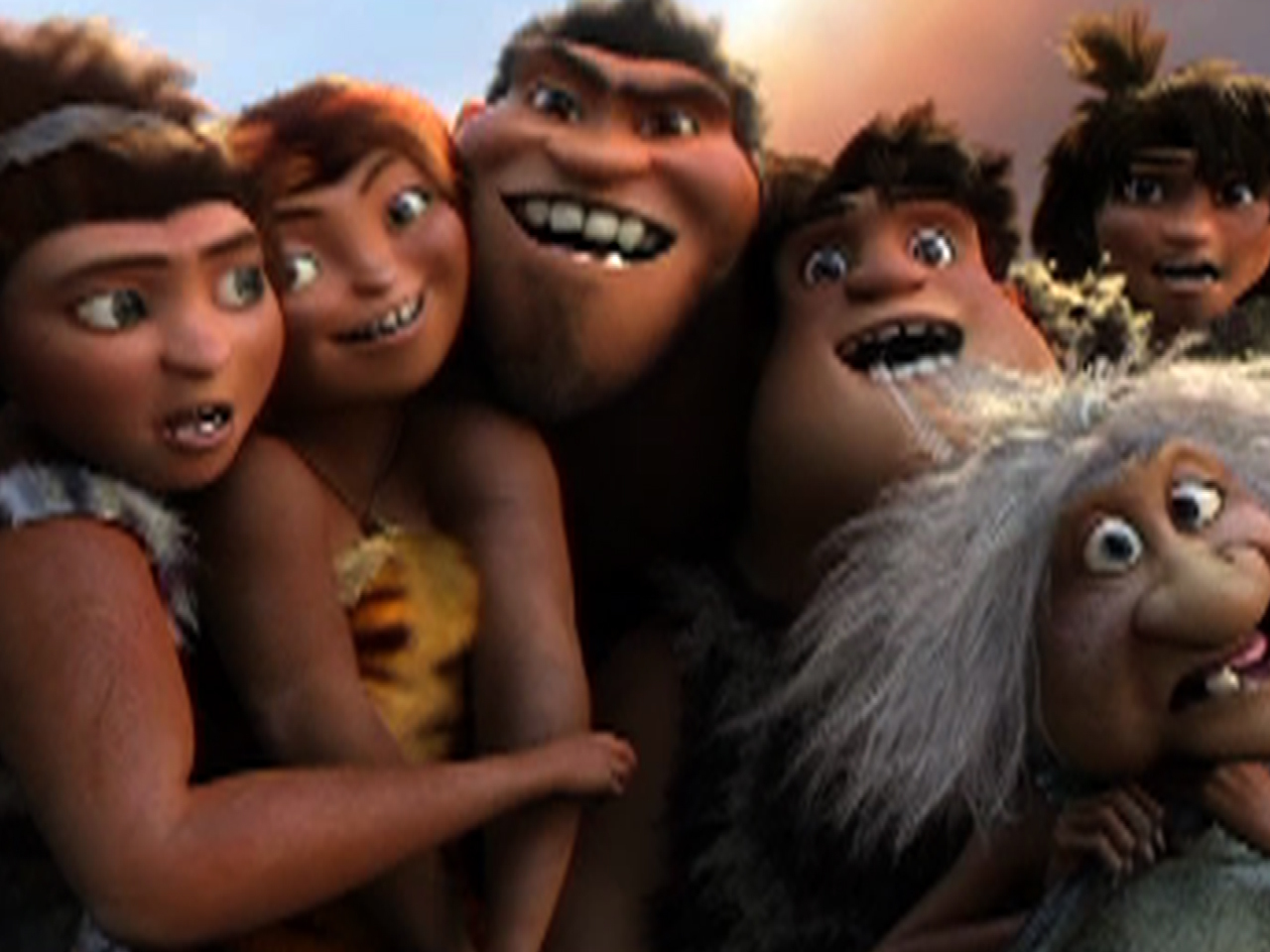 Fathers are known to be protective of their teenaged daughters, even in the Stone Age.

Nicolas Cage plays such a patriarch in the animated film "The Croods," now out in theaters.

We sat down with Cage and his co-stars to discuss the latest 3D tale from DreamWorks. During our interviews, Cage played a funny prank on us -- watch video above to see it.

CBSNEWS.COM: I have a feeling a lot of fathers are going to be able to relate to your character Grug and what he goes through with his daughter.

NICOLAS CAGE: For sure. Grug is totally an over-protective father who needs to learn to let go a little bit. Because his daughter, Emma Stone -- Eep is the character -- wants to explore. Maybe meet a boy. Maybe go climb a mountain. And I just want to stay in a cave. So it's funny, but at the same time there are some emotional moments too which I love.

CBSNEWS.COM: It's really not just a children's film, there's depth to it as well.

CAGE: Exactly right, everybody's invited. The movie does not talk down to children. It doesn't condescend. There's humor in it for adults and there's humor in it for children. The way the children respond to the movie is interesting. Because when Douglas the Dino falls off the cliff, all the adults are cracking up. The kids are really scared. But then conversely when the dog comes back and he's still alive they're just so happy. So there in it for the ride.

CBSNEWS.COM: I had the chance to watch footage of you recording your lines for the film. It seems like you really have to get into it when you're in that recording booth.

CAGE: Yeah, you do. First you have to break the ice. It's kind of claustrophobic sitting in that little aquarium with a microphone. You've got to get relaxed so you can perform. Fortunately I had two very funny and original filmmakers in [Chris DeMicco and Kirk Sanders]. And they would do dialogue with me and laugh with me. They were very encouraging. They loved it when I would go pretty off-base to the moon with some outrageous dialogue or behavior. They encouraged it.

CBSNEWS.COM: How impressed were you with the finished product?

CAGE: I feel like with this movie, you could watch it 10 times in a row and every time you would discover something new. There's just so much going on. The 3D, the dimension, you really can look into the movie and see something happening way off in the distance and then back up in the forefront of the landscape. I think the 3D in this movie is spectacular, especially because the subject matter is so beautiful.

CBSNEWS.COM: Did you have a chance to spend time with the cast at all? I know you recorded all of your lines separately.

CAGE: First day I ever met Ryan [Reynolds] is today. Emma [Stone], I only met for the first time when we went to the Berlin Film Festival, which is strange. Because I feel having seen the movie that we really were interacting. But we weren't.