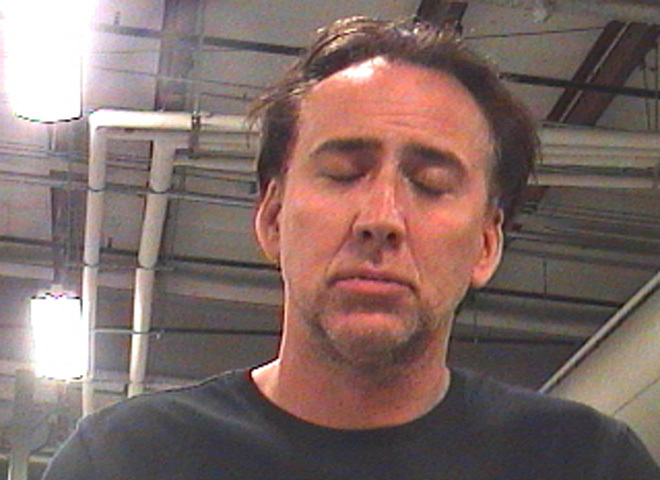 NEW ORLEANS - New Orleans Police say actor Nicolas Cage is accused of getting drunk in the city's French Quarter and arguing in the street with his wife.

Police said in a press release Saturday that Cage was arrested the previous evening.

Police say the couple was in front of a home that Cage insisted they were renting. She said it wasn't theirs, and Cage then grabbed her arm.

The release says Cage started hitting vehicles and tried to get into a taxi.

A police officer saw that Cage was drunk and told him to get out of the cab. Authorities say Cage then started yelling at the officer.

He has been charged with domestic abuse battery, disturbing the peace and public drunkenness.

He remained in the Orleans Parish Prison on Saturday afternoon.