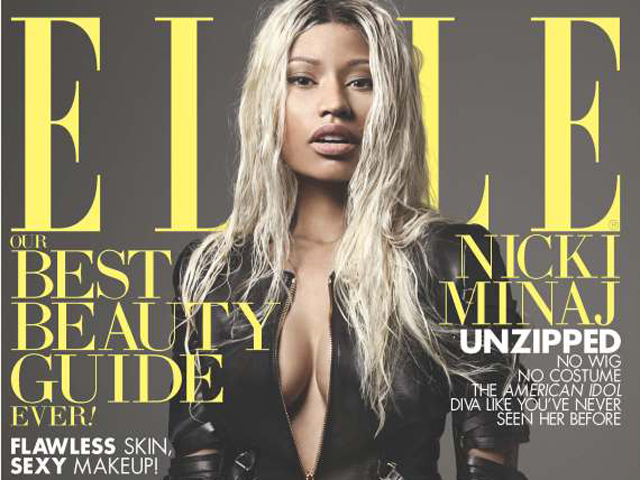 Nicki Minaj took a break from her pink lipstick and wild ensembles and showed off a much more subdued look for the April cover of Elle.

The "American Idol" judge told the magazine the makeunder made her feel "naked."

"To go in front of the camera, without pink lips or big ol' crazy lashes-- you know, nothing -- I felt naked. It was scary! So this photo shoot was a real accomplishment in my eyes," she said in the interview.

Minaj also revealed that she was bullied when she was young ("I went through a lot of bullying early on. Girls made my life a living hell," she said) and offered up her advice for women on how to command respect.

"My advice to women in general: Even if you're doing a nine-to-five job, treat yourself like a boss," she said. "Not arrogant, but be sure of what you want -- and don't allow people to run anything for you without your knowledge. You want everyone to know, Okay, I can't play games with her. I have to do right by this woman. That's what it's all about."

The April issue of Elle magazine will arrive on newsstands March 18.

Tell us: What do you think of Minaj's makeunder?