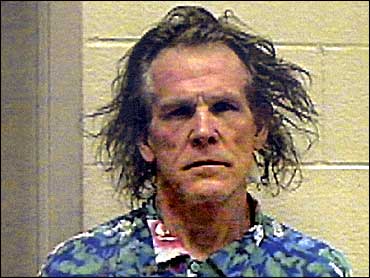 Nolte, 61, was described by highway police as "drooling" and "completely out of it" when he was pulled over in Malibu for driving erratically in his black Mercedes.

He remained in custody until about 8:30 p.m. Wednesday when he was cited and released.

The actor's publicist, Arnold Robinson, said he had no immediate comment.

Although Nolte was booked for investigation of being under the influence of alcohol or drugs, Bower said "it probably wasn't alcohol." Blood tests to determine whether Nolte had drugs in his system won't be available for several days, he added. Police said on Thursday they also expected to pursue other charges against Nolte for driving under the influence of narcotics.

Nolte had a reputation as a heavy drinker for years, once describing himself as a "functioning drunk." But in the mid-1990s he reportedly quit alcohol and became a health-and-fitness buff.

Nolte was nominated for Academy Awards for 1991's "The Prince of Tides" and 1997's "Affliction." He also received an Emmy nomination for his breakout role as Tom Jordache in the 1976 TV miniseries "Rich Man, Poor Man."