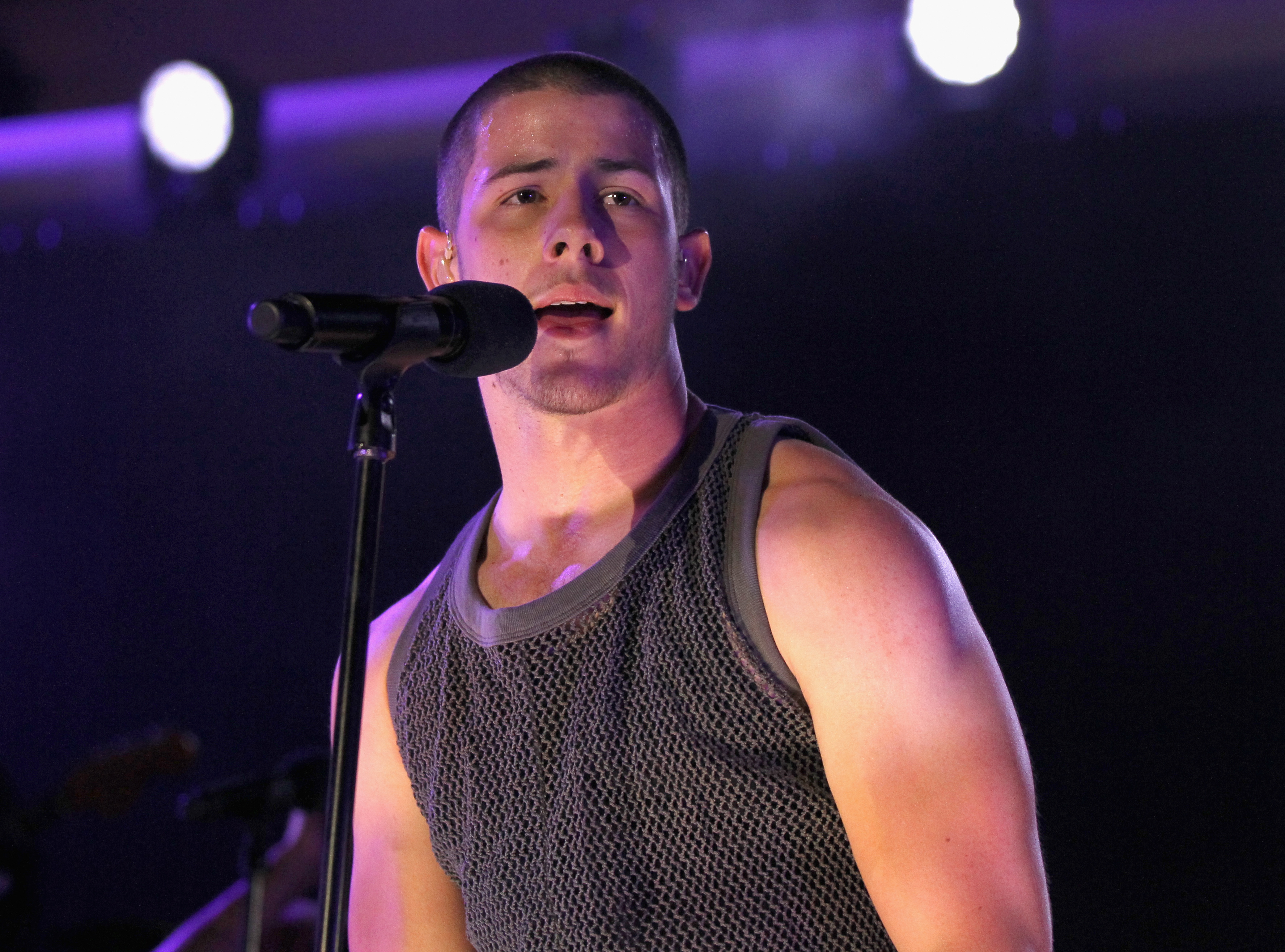 Nick Jonas is opening up about his breakup with Olivia Culpo, less than two weeks after the "Jealous" singer confirmed his split with the former Miss USA winner. The singer sat down with ET to discuss his career and long-term battle with diabetes, but the conversation quickly turned to his recent heartbreak.

"I'm doing OK," Jonas told ET. "It's very tough and we had a beautiful two years together and [I have] nothing but love and respect for her. But it's always hard and my thing now is focusing on my work and staying as busy as I can, as creative as I can be. These are the times you've just got to dive in and get lost in your work and that's what I'm trying to do."

Dealing with a public breakup is even more difficult, as the singer's relationship with the actress and beauty queen was often in the spotlight. Jonas previously admitted that his single "Jealous" was written about Culpo, who also appeared in the music video, and he admits he has some regrets.

"I have regrets about not being open with relationships in the past," the singer admitted. "That's the thing that makes it actually more challenging. On many levels you try to hide the relationship or do things to make it more private but that just adds more stress on the relationship. Whereas this relationship I was in was open and public and there's a lot of comfort in that and support. So yeah, I think it's the opposite actually. But it's this part of it that makes it all harder afterwards."

Nick's older brother, Joe Jonas, just began a high-profile relationship with model Gigi Hadid, but the singer said he hasn't given his big bro any advice on dealing with love in the spotlight.

"Their relationship is their own thing," Nick said. "I'm happy to see my brother happy, it's a great thing. You love seeing your family happy. She's a great girl, and I love spending time with them together, but as far as the details of their relationship, that's on them."

Go here for more on ET's interview with Jonas.