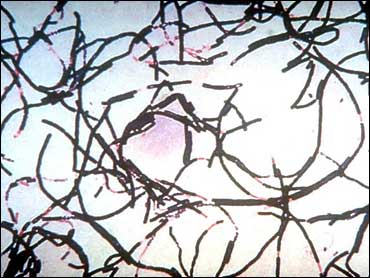 A U.S. woman diagnosed with a rare gastrointestinal anthrax case may have swallowed spores propelled into the air by vigorous drumming, a state health expert said.

Officials haven't confirmed how the woman contracted the disease but are focusing on a drum circle gathering she attended Dec. 4 at the United Campus Ministry centre in Durham shortly before becoming ill. Public health officials who learned of her diagnosis last week immediately began investigating, and earlier this week shut down the ministry center after anthrax spores were found on two drums.

Some health officials believe it's America's first case of gastrointestinal anthrax, but the Centers for Disease Control and Prevention is unsure.

Dr. Elizabeth Talbot, an adviser to the state's public health division, said one theory is that the woman ingested airborne spores from a drum's animal-hide covering.

"This was a wild type of anthrax that is found ubiquitously in our environment. It can become stirred up or agitated to a place where it briefly suspends in the air, and this patient likely contacted it on her fingers and introduced it into her mouth or inhaled a ... spore into her mouth and then swallowed it," she said.

Two recent U.S. anthrax cases involved African drums covered with animal hides, but those involved spores that were inhaled or entered through the skin.

On Tuesday, officials said spores also were found on an electrical outlet and that antibiotics and vaccines would be offered to about 80 people, including about 60 who attended the drum circle as well as University of New Hampshire students who lived in the building and those who worked there.

Samples have been sent to the CDC to determine whether the patient's anthrax strain matches that found on the drums or electrical outlet.

The ministry centre is not part of the university, but it houses students and runs a variety of campus-based programs. Pastor Larry Brickner-Wood, the centre's director, said the monthly drum circles involve people playing hand drums and other percussion instruments to build community spirit and promote well-being.

"Our thoughts and prayers remain with this young woman and her family," he said.

Anthrax is a potentially fatal disease caused by bacteria. There are three types of infection based on where the disease manifests itself: inhalation affecting the lungs, cutaneous affecting the skin and gastrointestinal affecting the digestive tract. Infection from natural sources such as animal skins, soil or contaminated meat is rare in developed countries, but occurs regularly in poor nations. It is not transmitted from person-to-person.

In 2007, two members of a Connecticut family were treated for skin anthrax traced to animal hides used to make African drums. In 2006, a New York dancer and drum maker who collapsed after a performance in Pennsylvania recovered from the first case of naturally occurring inhalation anthrax in the United States since 1976.

According to state public health officials and The National Institute of Allergy and Infectious Diseases, there have been no previous confirmed cases of gastrointestinal anthrax in the United States. A Minnesota farm family was believed to have symptoms of the disease in 2000 after eating meat from an infected cow, but blood test results from exposed family members were negative, state health officials said.

A CDC spokesman did not have details of any other U.S. cases but said the agency's Web site and literature from CDC authors indicate that gastrointestinal anthrax and exposure have rarely been reported.

The last New Hampshire anthrax cases were in 1957 when there were nine cases - four skin and five inhalation - in employees of a textile mill in Manchester. Since then, there have been 11 cases of naturally occurring anthrax in the United States.

In 2001, letters containing anthrax spores were mailed to journalists and two U.S. senators in the weeks following the Sept. 11 terrorist attacks. At least four people, including two postal workers and a photo editor, died from exposure to those letters, and more than a dozen others became ill. 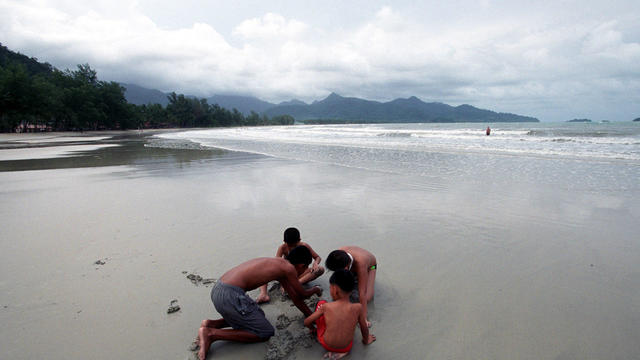