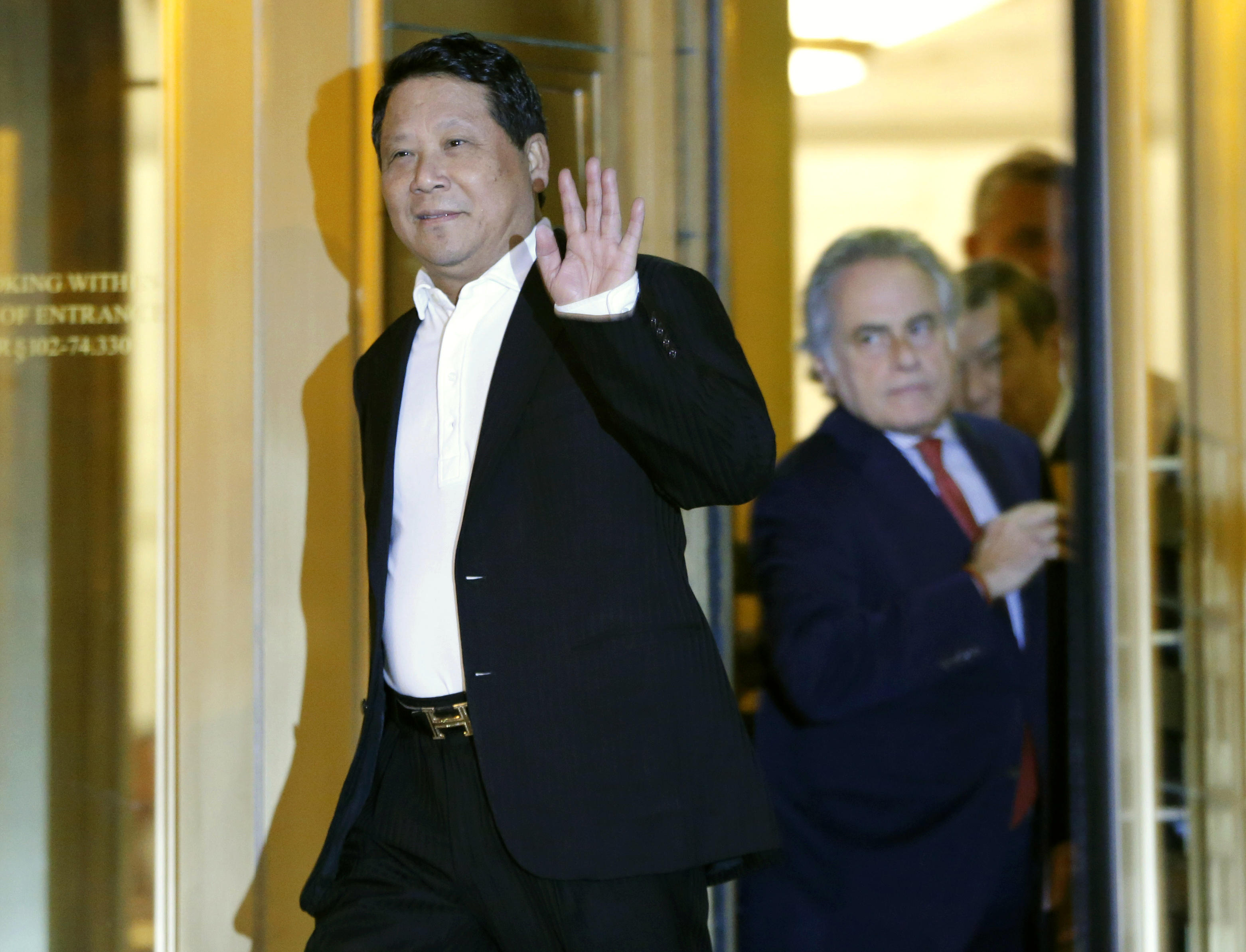 NEW YORK -- A Chinese billionaire who wanted to build a United Nations center in Macau and was accused of illegally paying hundreds of thousands of dollars to U.N. ambassadors to make it happen was convicted at his bribery trial on Thursday.

The verdict was returned in Manhattan federal court against Ng Lap Seng, one of China's richest men. Ng was convicted of bribery, conspiracy and money laundering charges.

"Through bribes and no show jobs, Ng turned leaders of the league of nations into his private band of profiteers," he wrote. "Ng's journey from a Macau real estate mogul to convicted felon should serve as a cautionary tale to all tempted to follow his path. If you bring corruption to New York -- whether to the State Capitol in Albany or to the halls of the U.N. General Assembly – your journey may very well end in a Manhattan federal courtroom, with a unanimous jury announcing your guilt."

Prosecutors presented evidence that Ng from 2010 to 2015 bribed two U.N. ambassadors with hundreds of thousands of dollars to support his project to build a U.N. conference center, but defense lawyers contended that Ng only paid money when he was asked to spend it to speed the project along.

A prosecutor earlier this week had urged the jury to convict Ng, saying he bribed the ambassadors so he could build a U.N. facility that would be as big as the one in New York, a claim a defense attorney dismissed as "a big zero."

"The defendant Ng Lap Seng corrupted the United Nations," Assistant U.S. Attorney Janis Echenberg told the federal court jury on Tuesday during closings at a trial that kept Ng confined under 24-hour guard in a luxury Manhattan apartment for the last two years.

She said the 69-year-old Ng paid millions of dollars to the two U.N. ambassadors to clear away red tape so he could build a conference center in Macau that would be the "Geneva of Asia," where tens of thousands of people would spend money at his hotel, a marina, a condominium complex, a heliport and a shopping center.

Echenberg said it was a project that would bring Ng and his family "fame and more fortune."

"Brick by brick, bribe by bribe, the defendant built the path that he thought would build his legacy," she said.

Defense attorney Tai Park raised his voice repeatedly as he derided the prosecution as "frankly outrageous."

Park reread aloud parts of a U.N. Task Force report that he said proved there were no rules or prohibition against the kind of private-public partnership that Ng had forged with the United Nations and its ambassadors to build a multibillion-dollar facility that would serve developing nations.

"Mr. Ng literally threw his money in every direction he was asked," Park said.

Ashe, who died last year in an accident at home, had asked Ng to rescue him in 2014 with a $200,000 donation to pay for a concert after another person who was supposed to finance the event backed out, Park said.

He said a $20,000-per-month salary paid to Lorenzo was for his job as president of a media organization meant to benefit developing nations.

Echenberg said if there was any doubt about why Ng was paying Lorenzo a lot of money it was eliminated in December 2012, when he promised him an extra $30,000 monthly to speed approval of the Macau center.

The prosecutor said Lorenzo's testimony was so damaging that Park spent six days on cross-examination.

"You know he's guilty just by the testimony of ambassador Lorenzo," she said.