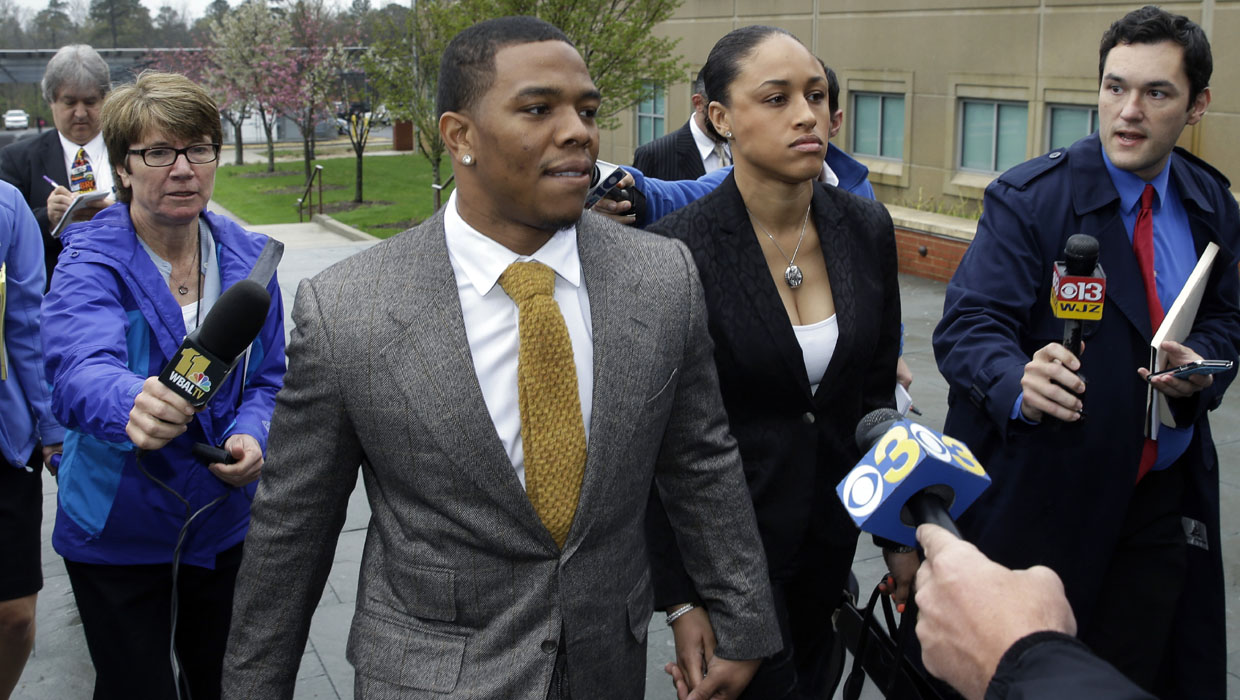 MAYS LANDING, N.J. - Baltimore Ravens running back Ray Rice pleaded not guilty Thursday to assault charges and applied for New Jersey's pretrial intervention program following an incident with his then-girlfriend in an Atlantic City casino elevator. They have since become husband and wife.

The intervention program allows first-time offenders to have charges against them dismissed after participating in the program and meeting certain conditions. The county prosecutor will decide whether Rice is allowed to enter the program.

If not, prosecutors have offered Rice a plea bargain that would spare him jail time if he participates in anger management counseling.

Rice pleaded not guilty to aggravated assault causing serious bodily injury in a Feb. 15 incident at the Revel Casino Hotel.

Security video obtained by TMZ Sports showed Rice removing the motionless body of Palmer from an elevator. She did not comment Thursday as the couple walked into the courthouse holding hands.

Rice said he is a "happy father and a happy husband." When asked by reporters what he hoped would happen, Rice responded, "for you all to have a blessed day."

Originally, Palmer and Rice were each charged with simple assault, but the Atlantic County prosecutor's office reviewed the case and dropped the charge against Palmer.

The couple married one day after Rice was indicted.