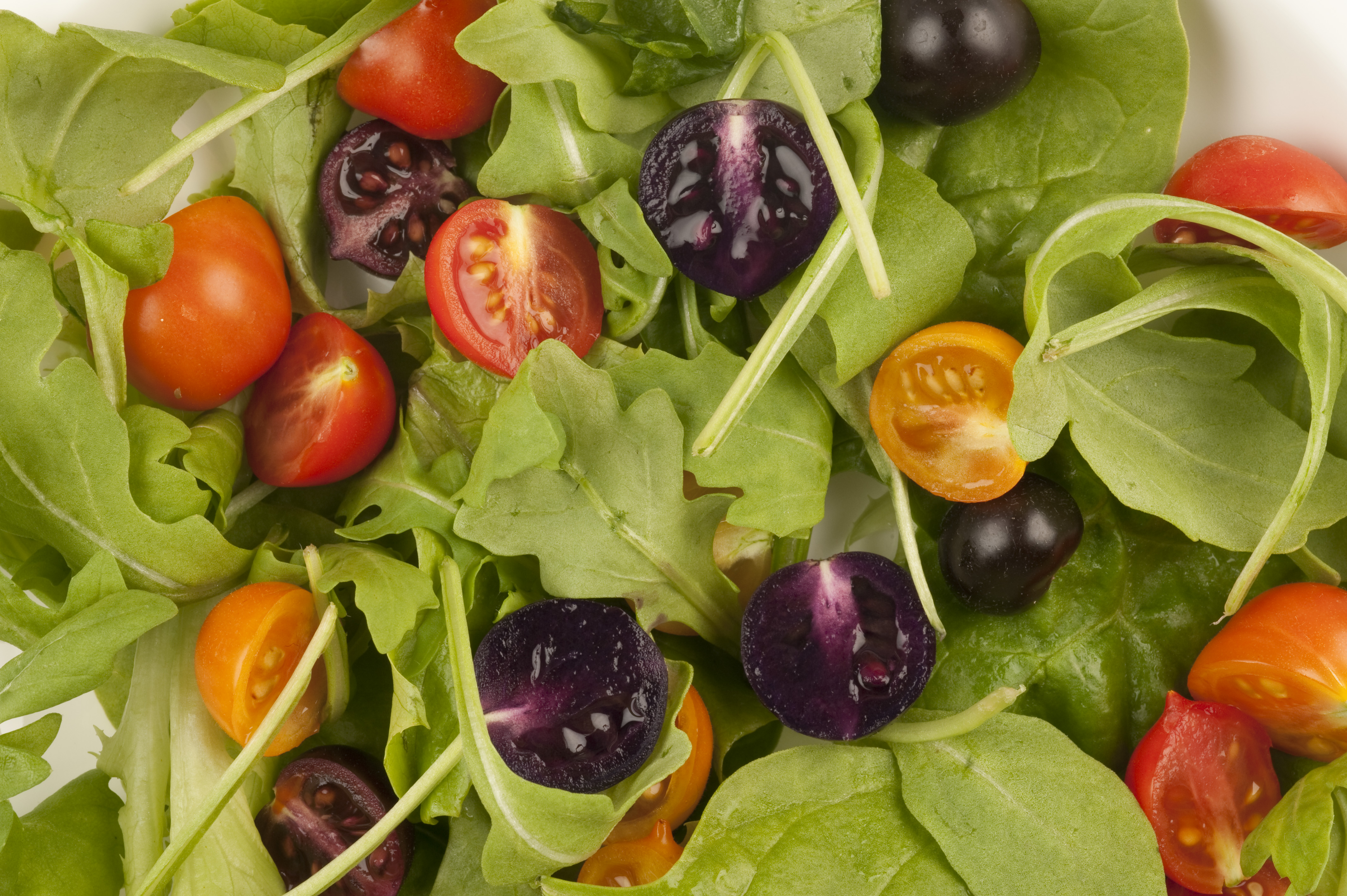 These genetically engineered foods could receive government approval in the coming years, following the OK given recently given to apples that don't brown and potatoes that don't bruise.

The companies and scientists that have created these foods are hoping that customers will be attracted to the health benefits and convenience and overlook any concerns about genetic engineering.

"I think once people see more of the benefits they will become more accepting of the technology," says Michael Firko, who oversees the Agriculture Department's regulation of genetically modified organisms, or GMOs.

Critics aren't so sure. They say there should be more thorough regulation of modified foods, which are grown from seeds engineered in labs, and have called for mandatory labeling of those foods. The Agriculture Department has the authority to oversee plant health of GMOs, and seeking Food and Drug Administration's safety approval is generally voluntary.

"Many of these things can be done through traditional breeding," says Doug Gurian-Sherman of the advocacy group Center for Food Safety. "There needs to be skepticism."

What could be coming next? Del Monte has engineered a pink pineapple that includes lycopene, an antioxidant compound that gives tomatoes their red color and may have a role in preventing cancer. USDA has approved importation of the pineapple, which would be grown only outside of the United States; it is pending FDA approval. A small British company is planning to apply for U.S. permission to produce and sell purple tomatoes that have high levels of anthocyanins, compounds found in blueberries that some studies show lower the risk of cardiovascular disease and cancer. FDA would have to approve any health claims used to sell the products.

A few genetically engineered fruits and vegetables are already available in grocery stores: Hawaiian papaya, some zucchini and squash, and a small amount of the sweet corn we eat, for example. But the bulk of the nation's genetically engineered crops are corn and soybeans that are eaten by livestock or made into popular processed food ingredients like corn starch, soybean oil or high fructose corn syrup.

The engineered corn and soybeans have faced resistance from environmental groups and some consumers who are wary of the technology, saying not enough is known about it. While science has so far shown that genetically engineered foods are safe, the groups have called for the labeling so consumers know what they are eating. According to a December Associated Press-GfK poll, two-thirds of Americans favor those labels.

Facing that concern, companies developing the new products say their strategy for winning over consumers is to harness the increased interest in healthy eating.

"This is a new wave of crops that have both grower benefits and consumer benefits," says Doug Cole of J.R. Simplot, the company that developed the potatoes. Many modified types of corn and soybeans are engineered to resist herbicides, a benefit for growers trying to control weeds but of little use for the consumer.

Simplot's potatoes are engineered to have fewer black spots, a benefit not only for farmers seeking higher yields but also for consumers who wouldn't have to soak them before preparation.

British scientist Cathie Martin has developed the modified purple tomatoes and hopes to eventually sell them as a juice in the United States. She says some of those same health-conscious consumers that have concerns over GMOs should be attracted to a product with potential to help lower the risk of cancer.

"This product has been designed to be good for them," Martin says.

Retailers are still uncertain. McDonald's buys Simplot's conventional potato products, but said the company does not have "current plans" to source any GMO potatoes. Other retail chains have already pledged not to sell a genetically engineered salmon that is pending approval at the Food and Drug Administration.

Cathleen Enright of the Biotechnology Industry Organization says the industry worries that opposition from advocacy groups will slow development.

"At the end of the day, the marketplace is going to determine what is going to succeed," Enright said.

19 awesome apps to get you through summer