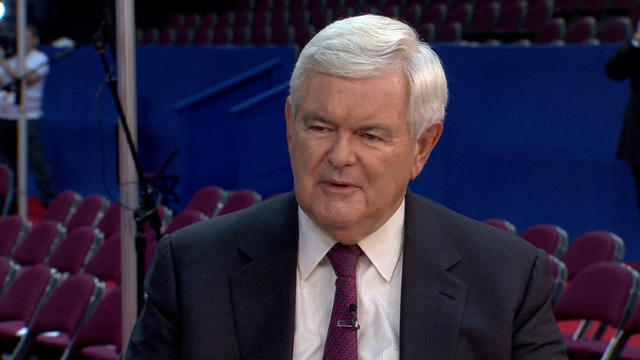 Former Speaker Newt Gingrich on Monday warned Republicans to think carefully about how to deal with Donald Trump because it could lead to Hillary Clinton winning the White House.

In a Facebook Live video dissecting the second presidential debate, Gingrich, who supports Trump for president, appeared to react to news about Speaker Paul Ryan advising his GOP members to do what’s best for themselves in their districts.

Gingrich said that Clinton would be a “nightmare” and would produce the “most corrupt and dishonest administration in American history.”

“I think to sit on your hands, to find some pretense because Donald Trump is not pure enough, so you’re willing to have Hillary Clinton get elected, is an enormous disservice to the future of the country and to the future of our children and grandchildren,” he added.

Gingrich, who ran for president in 2012, said Republicans should “relax and slow down for a minute.”

“You don’t have to run around and defend Donald Trump. That’s his job,” he said. “You also don’t have to abandon him. There is no alternative at a practical level. He is the nominee.”

Gingrich served as speaker of the House under President Bill Clinton from 1995 until 1999.