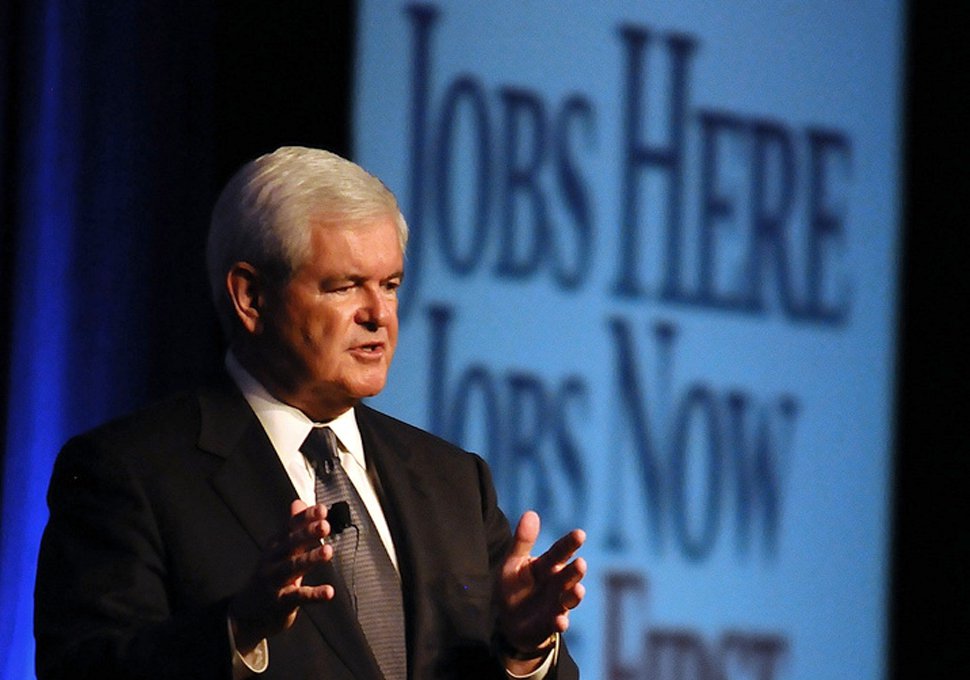 Republican presidential candidate Newt Gingrich is traveling this week, and again next week, to the critical primary state of New Hampshire. But in between stops in the Granite State, he's taking his campaign somewhere a little less critical -- Hawaii.

The latest release of Gingrich's publicly scheduled campaign events shows that the former House speaker will be a guest on a talk radio show broadcasting out of New London, New Hampshire today. Later in the day, Gingrich and his wife Callista Gingrich will travel west to a screening of their documentary "A City Upon a Hill" at the Richard Nixon Presidential Library, in Yorba Linda, Calif.

After attending more campaign events in California, Gingrich next travels to Wailuku, Hawaii, where he and the Maui Republican Party will meet with local activists at a church on Saturday. His next public event is at 7:30 a.m. on Monday, when he'll discuss the American founding with students at a prep school in Makawao, also on the island of Maui.

Gingrich travels back to the mainland on Tuesday, makes a stop in Washington on Wednesday and heads back to New Hampshire on Thursday.

The detour to Hawaii comes amid questions of how committed Gingrich is to his presidential campaign. Key members of his staff, including his campaign manager, resigned in June after Gingrich took a break from campaigning to go on a Greek cruise with his wife.

Gingrich's spokesman declined to comment to Hotsheet on the observation from Politico that the Hawaii campaign stop coincides with the Gingriches' eleventh wedding anniversary, which is tomorrow.