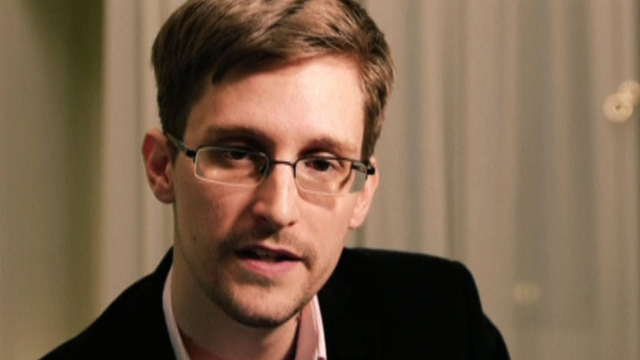 The editorial boards of the New York Times and the Guardian newspapers on Thursday called for President Obama to treat former government contractor Edward Snowden as a whistleblower rather than a criminal for leaking information about the National Security Agency’s sweeping surveillance programs.

“Considering the enormous value of the information he has revealed, and the abuses he has exposed, Mr. Snowden deserves better than a life of permanent exile, fear and flight,” the New York Times editorial board wrote. “He may have committed a crime to do so, but he has done his country a great service. It is time for the United States to offer Mr. Snowden a plea bargain or some form of clemency that would allow him to return home, face at least substantially reduced punishment in light of his role as a whistle-blower, and have the hope of a life advocating for greater privacy and far stronger oversight of the runaway intelligence community.”

The newspaper noted that the information Snowden leaked has prompted outrage “at kitchen tables and at the desks of Congress, which may finally begin to limit these practices.” It concluded, “When someone reveals that government officials have routinely and deliberately broken the law, that person should not face life in prison at the hands of the same government.”

The British newspaper the Guardian similarly noted that because of Snowden, U.S. voters now have the information they need to make informed decisions about balancing privacy and security.

“We hope that calm heads within the present administration are working on a strategy to allow Mr Snowden to return to the US with dignity, and the president to use his executive powers to treat him humanely and in a manner that would be a shining example about the value of whistleblowers and of free speech itself,” the newspaper wrote.

At a press conference last month, CBS News’ Major Garrett asked Mr. Obama is Snowden should be considered a criminal, and the president acknowledged that Snowden amplified “an important conversation that we needed to have.”

He added, “I've also said before that the way in which these disclosures happened have been damaging to the United States and damaging to our intelligence capabilities. And I think that there was a way for us to have this conversation without that damage.”

Rick Ledgett, head of the NSA’s task force on the Snowden leaks, told CBS News that he would consider giving Snowden amnesty in exchange for a promise that the former contractor, currently exiled in Russia, would stop leaking information.

However, Mr. Obama suggested to Garrett in last month’s press conference that he’d be less willing to do so. “There's a difference between Mr. Ledgett saying something and the president of the United States saying something,” he said.

Snowden currently faces charges under the Espionage Act and one charge of theft of government property. The government could add additional charges once the case goes before a grand jury.

In its editorial, the Guardian remarked on the American president, “For all his background in constitutional law and human rights, Mr Obama has shown little patience for whistleblowers: his administration has used the Espionage Act against leakers of classified information far more than any of his predecessors. It is difficult to imagine Mr Obama giving Mr Snowden the pardon he deserves.”