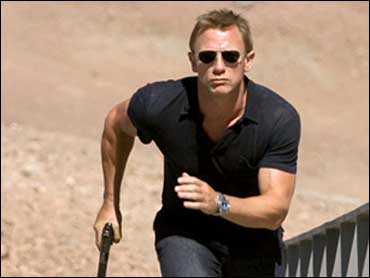 British reports state that production for the latest James Bond film starring actor Daniel Craig, which was due for release by 2012, has been terminated due to film studio Metro-Goldwyn-Mayer's financial woes.

Producers Michael G. Wilson and Barbara Broccoli said in April that development of the movie was suspended after MGM failed to find a buyer. They said at the time that they did not know when work would resume.

MGM put itself up for sale after a slump in DVD sales and a lack of hits left it unable to manage a $3.7 billion debt.

Craig was to star in the next Bond film, known only as "Bond 23" -- the 23rd in the franchise -- was set to be directed by "American Beauty" filmmaker Sam Mendes. The actor has only appeared in two Bond films -- "Quantum of Solace" in 2008 and "Casino Royale" in 2006.

The future of the Bond films remains uncertain.

Wilson and Broccoli's EON Productions has produced 22 Bond thrillers. The film franchise began with "Dr. No" in 1962.