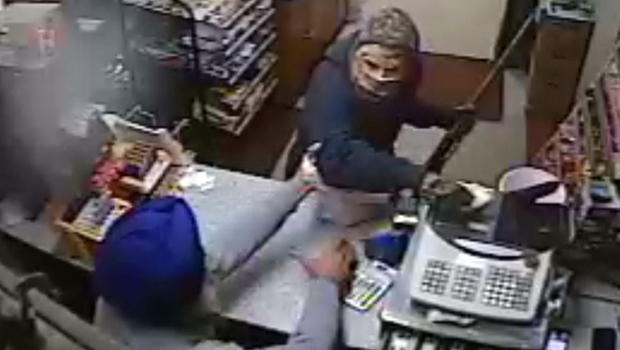 He threw a shoe in a shotgun-wielding gunman's face.

The clerk started loading cash from the register into a plastic bag when the masked gunman reached over the counter to get into the register. That's when the clerk attacked.

After the clerk grabbed the gunman's arm, video shows the bandit backing away from the counter and pointing his shotgun at the clerk. The clerk then hurled his shoe, hitting the gunman in the face.

Despite the danger, the clerk continued to attack the robber, forcing him out of the shop.

Police said that once outside the gunman fired a round, hitting the ground, before driving off.