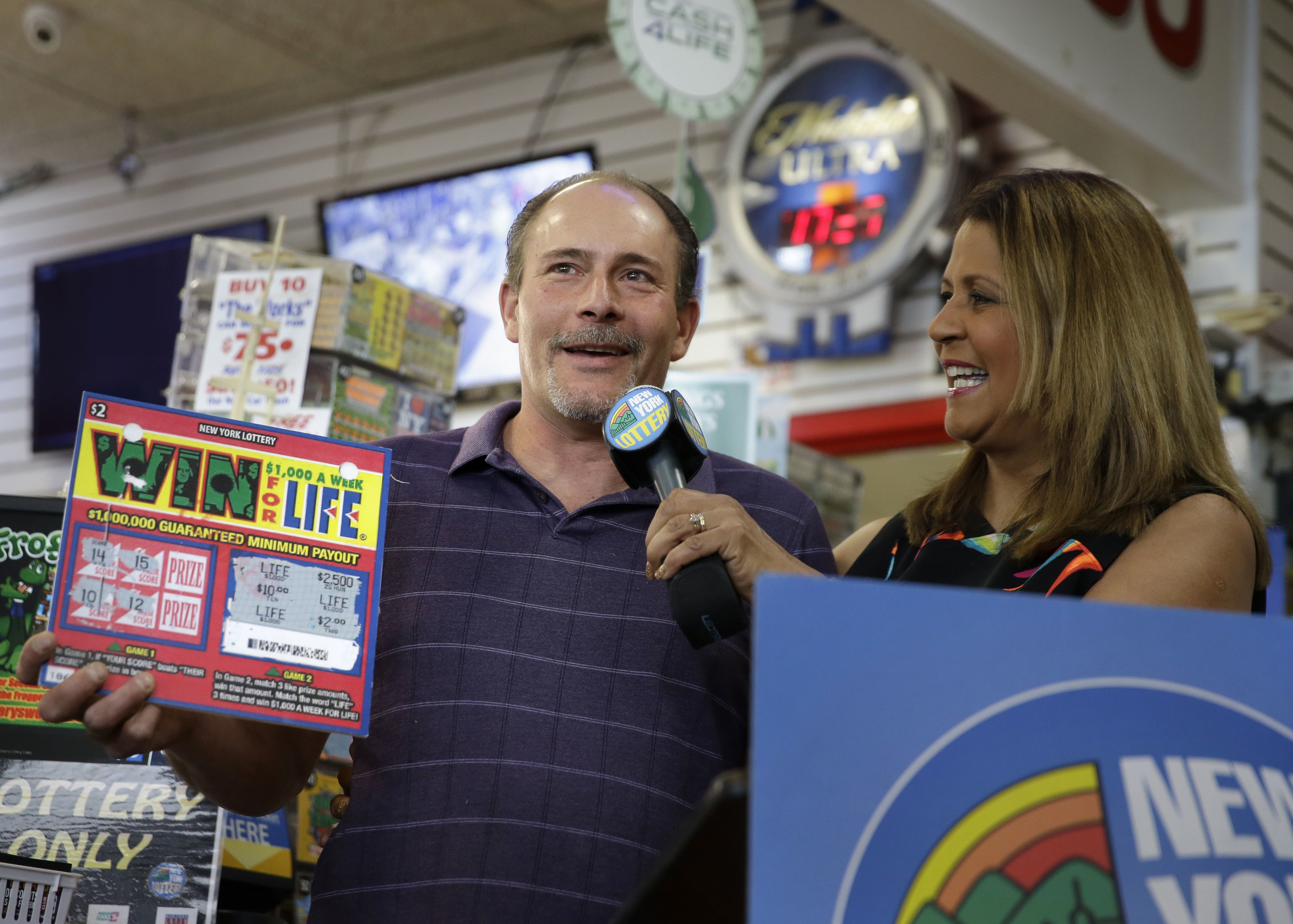 Bruce Magistro told New York's 1010 WINS that he spent $20 on 10 scratch-off tickets on the day of the drawing.

"It was actually the first ticket that he gave me that I won the Win For Life on," Magistro said.

But don't call him lucky.

After Magistro hit the jackpot the first time in 2012, his wife, Yvonne, lost a three-year battle with cancer. Much of the prize money went to pay for her medical bills.

"She passed away two years ago today," Magistro's son, Nick Mayers, said Wednesday. He said he was sure the second jackpot was her way of sending help back to the family.

"This is definitely a gift, from her to him," Mayers said.

State lottery officials introduced Magistro at a news conference at the Long Island gas station where he bought the second winning ticket April 11.

Magistro said he plays the lottery every day. This time he plunked down $20 at Mike's Super Citgo in West Babylon for a set of the Win for Life scratch-offs.

"This is impossible," Magistro said he thought as he scratched off a lottery ticket and realized he won $1 million. "I just couldn't believe I hit it two times."

He now plans to share his winnings with his three children and his fiancee.

Magistro won $1 million on a different lottery scratch-off game he played at the same gas station in 2012.

The latest win came the first time he had played the Win for Life game, which will pay him $1,000 each week -- with a minimum of $1 million -- for the rest of his life.

Lottery representative Yolanda Vega, who had presented Magistro with a ceremonial check for his first win, said even then she felt he could win a second time.

"He was so positive and outgoing that I knew he'd win again," she said. "There was something about Bruce that I felt. There was this energy coming from his core."

But beating those kinds of odds twice aren't unheard of.

A North Carolina woman with breast cancer won $1 million in a lottery game in February and then scored a $250,000 prize last month.

In 2012, a man in suburban Chicago won $1 million from a "Merry Millionaire" scratch-off game after winning the same amount nine years earlier.

Magistro said he plans to use the money to pay his bills and go on a vacation, though he hasn't decided where just yet.