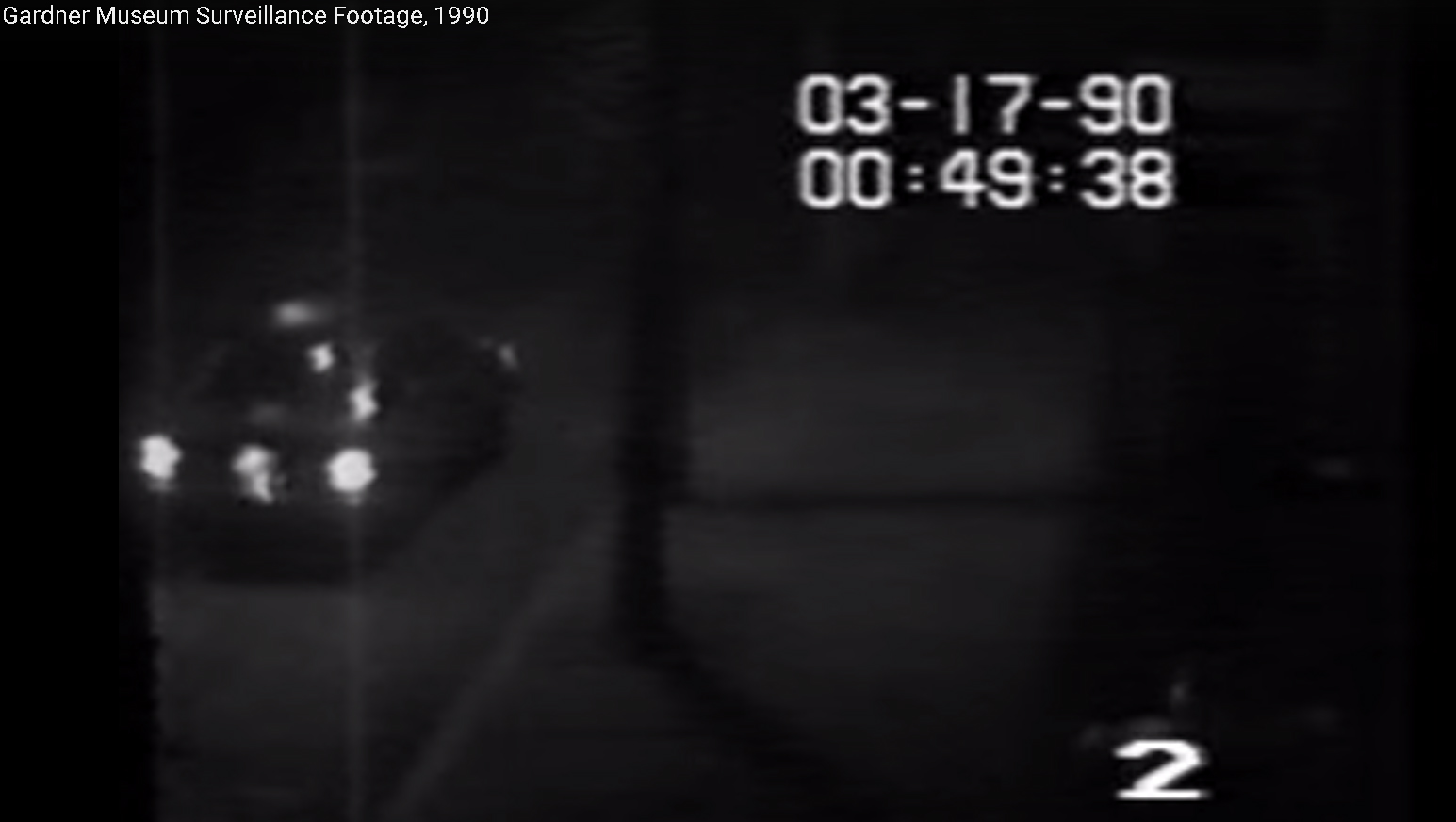 BOSTON -Federal prosecutors have released never-before seen surveillance footage in the case of an infamous 1990 art heist at a Boston museum in which 13 pieces of art worth at least $500 million were stolen.

The video shows a security guard letting in an unauthorized visitor almost exactly 24 hours before the works of art were taken from the Isabella Stewart Gardner museum, according to the FBI, and investigators are hoping the public can help identify the man.

In the early morning hours of March 18, 1990, according to the FBI, two white males dressed in Boston Police uniforms gained entranced to the museum by telling a security guard they were responding the report of a disturbance. The guard allowed the men into the facility - against museum policy - and then subdued and handcuffed guards inside before making off with the artwork.

The suspects didn't show weapons, no panic button was activated, and police weren't notified during the robbery, according to the FBI. The thieves also took the surveillance film from that evening, but didn't take video footage from the night before, according to investigators.

The newly-released footage shows a car pull up next to a near entrance of the museum at 12:49 p.m. on March 17, 1990 - almost exactly 24 hours before the thieves entered the museum through the same door, according to the FBI.

The video shows an unidentified man exiting the car and then being allowed inside the museum, against museum policy by a security guard, investigators say. The car matches the description of a vehicle reported parked out side the museum moments before the March 18, 1990 theft, according to the FBI.

The footage is low resolution, but law enforcement is hoping the release of the footage will help identify the man or the vehicle.

"Over many months we have engaged in an exhaustive re-examination of the original evidence in this case. Our aim has been to ensure that all avenues have been explored in the continuing quest to recover these artworks," said United States Attorney Carmen Ortiz in a statement. "...With the public's help, we may be able to develop new information that could lead to the recovery of these invaluable works of art."

According to a 2013 Boston Globe article, one of the security guards at the museum that night was questioned by federal prosecutors in 2012, though no suspects have ever been named and no one's been charged.

The stolen artwork is considered priceless within the art community. They remain missing and include: