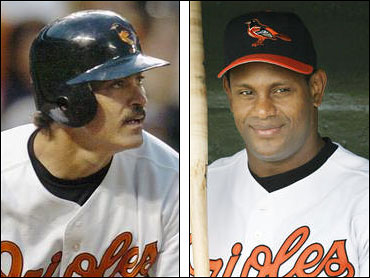 Down syndrome is one the leading causes of mental retardation but current blood tests to check for it have limited accuracy, forcing many women to undergo amniocentesis, an invasive test which also carries a one-in-250 risk of miscarriage.

A nationwide study called FASTER, or First And Second Trimester Evaluation of Risk, points to a safe and painless new way to detect whether a pregnant woman's fetus has Down syndrome.

CBS News Correspondent Byron Pitts reports patients receive a triple-screen blood test - one in the first trimester, at ten to twelve weeks, and another in the second trimester another blood test and ultrasound.

"We measure by ultrasound the thickness of skin at the back of the baby's neck," explains Dr. Fergal Malone, the director of the prenatal center at New York Presbyterian Hospital at Columbia University. "The thicker the area, the greater the chance the baby might have a problem like Down's syndrome."

Dr. Malone points out that as women age, their risk of having a Down's syndrome child increases, from a low of about one in 1,000 in a 20-year-old woman to one in 50 in a 40-year-old woman.
That means 49 of those 50 women are risking the health of their unborn child by having amniocentesis.

"One can image how heartbreaking that would be for a patient -to have a pregnancy loss or a normal baby [lost] simply for having a procedure," Dr. Malone says.

Doctors are testing whether the first-trimester tests alone can predict Down's syndrome. Based on mathematical models, they believe they are 90% accurate compared to 60% for the second-trimester blood tests alone.

Of the 1,500 patients tested at the facility, five learned their child would have Down's syndrome. One had a spontaneous miscarriage, three underwent abortions, and one decided to deliver the baby.

If this study proves tests in the first trimester are as accurate as those in the second trimester, the second round of blood tests could be eliminated with the exception of one blood test for spina bifida.