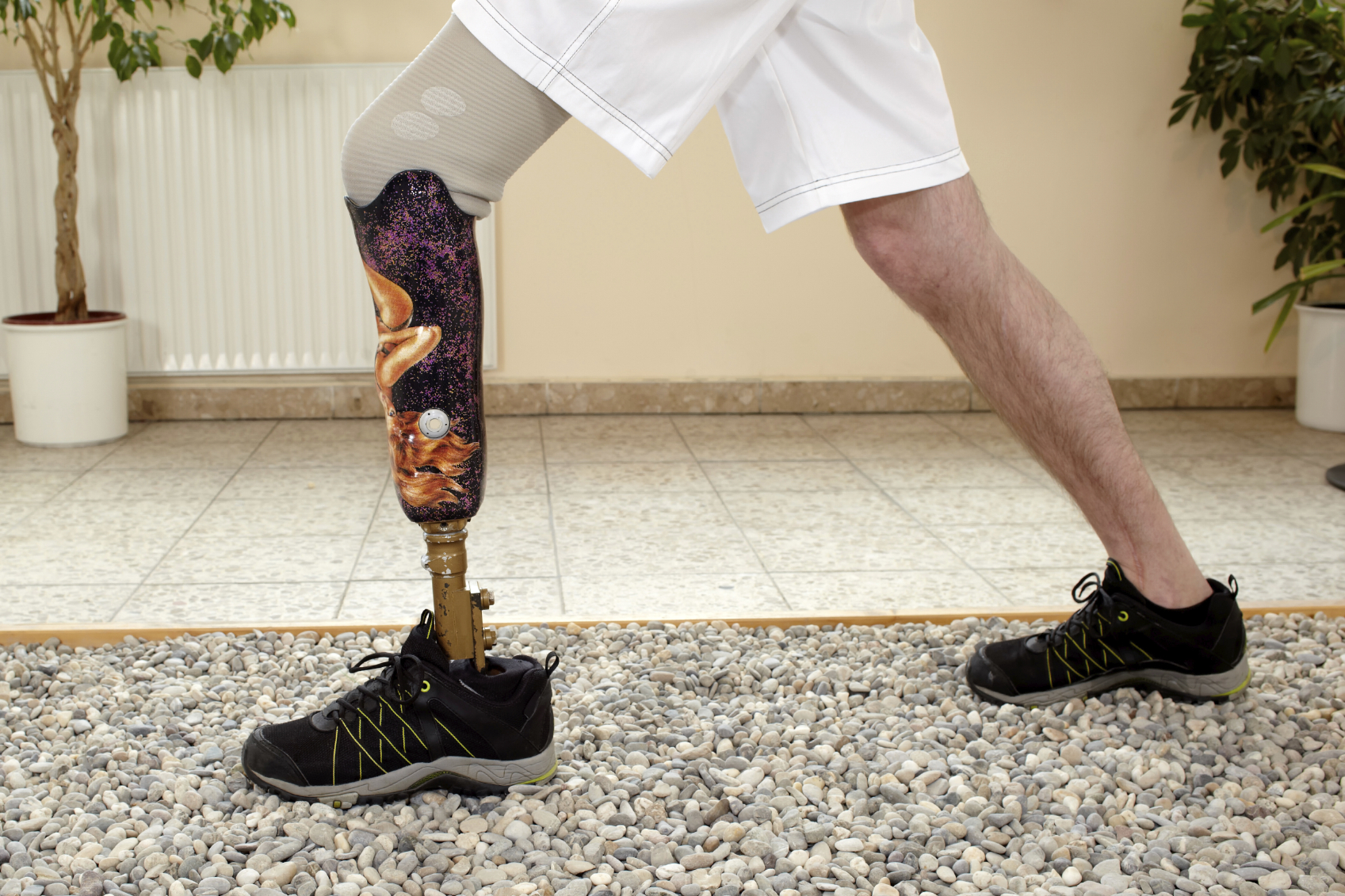 A freezing technique may reduce the debilitating phantom limb pain that many amputees experience, according to a new, small study.

Chronic pain that emanates from the site of a severed limb can be reduced in some cases when the remaining nerve and scar tissue is frozen in place, researchers said.

The minimally invasive technique, known as cryoablation therapy, may offer hope to the roughly 200,000 Americans who undergo an amputation every year, according to U.S. Centers for Disease Control and Prevention statistics.

Many such patients, including military veterans and people with diabetes, experience a crippling form of nervous system disorientation after losing a limb.

The study authors said the problem stems from inaccurate signaling among the remaining limb nerve endings and/or overactivity among neighboring nerves.

The result is a distinct feeling of limb pain despite loss of the limb.

Typically, "many things are tried to see if it may or may not work," said study lead author Dr. J. David Prologo, an assistant professor in the division of interventional radiology at Emory University School of Medicine, in Atlanta.

That can mean any combination of psychological counseling, mind-body relaxation techniques, narcotics, antidepressants and/or visual therapy. Surgery may also come into play, in an attempt to remove injured nerves, he said.

But recent freezing therapy research -- which focused on the underlying nerve problems responsible for premature ejaculation -- suggested that cryoablation might help with phantom limb pain. The bottom line for both conditions, said Prologo, is the same: nerve freezing to stop nerve communication to improve quality of life.

The new findings were presented Wednesday at a meeting of the Society of Interventional Radiology, in Vancouver, Canada.

For the study, 20 amputees diagnosed with phantom limb pain underwent image-guided cryoablation, which involved insertion of a probe needle under the skin at the point of limb loss. Local nerves were then exposed to 25 minutes of cold blasts, which are supposed to shut down localized nerve signaling.

Forty-five days after treatment, average patient pain scores on a scale of 1 to 10 went from 6.4 pre-freezing to 2.4, the study found.

Prologo said efforts are underway to get the process approved by the American Medical Association for phantom limb pain treatment. But, he remains cautious about the current preliminary findings until further research is completed.

"It may not work for everyone," Prologo said. "Although the overall average change in pain scores and quality of life improved and reached statistical significance, not every single patient got better. How to identify the patient who will respond is the focus of our ongoing research."

The effectiveness of the new approach will likely depend on each particular case, said Dustin Tyler, a biomedical engineer at the Louis Stokes Cleveland VA Medical Center.

"Phantom pain is very complex," said Tyler, who is also an associate professor of biomedical engineering at Case Western Reserve University, in Cleveland. For example, for patients whose pain stems from the brain's search for now-lost sensory input, the procedure will probably not prove helpful, he said.

But for those whose pain has a neurological basis -- involving the abnormal firing of pain fibers surrounding the amputation site -- "guided cryoablation is an interesting alternative to surgical intervention," Tyler said.

However, even for these patients, long-term follow-up would be needed to confirm the effectiveness of this approach, he said.