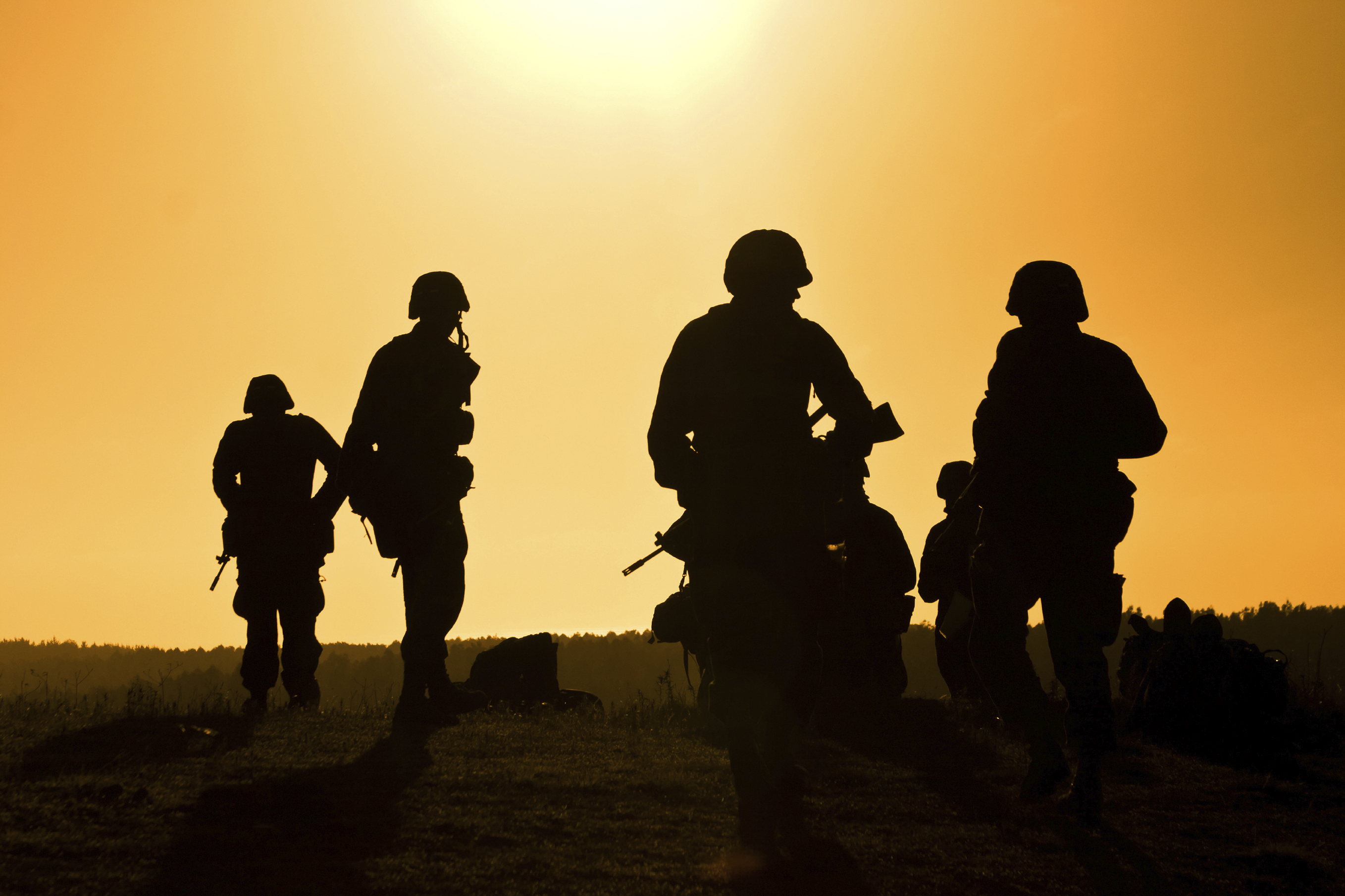 American military personnel who served in the blazing deserts of Iraq and Afghanistan returned home with an increased risk of skin cancer, according to a new study published in the Journal of Investigative Dermatology.

"The past decade of United States combat missions, including operations in Iraq and Afghanistan, have occurred at a more equatorial latitude than the mean center of the United States population, increasing the potential for ultraviolet irradiance and the development of skin cancer," lead study author Dr. Jennifer Powers, a dermatologist at Vanderbilt University Medical Center, said in a statement.

But Powers and her research team found that the strong sunlight wasn't the only factor in the equation: many soldiers had limited access to sunscreen and little training regarding the risks of skin cancer.

The researchers analyzed data from 212 anonymous surveys from veterans returning home who visited a clinic in Nashville, Tennessee. The questions focused on sun exposure and protection during their last deployment.

The results showed that only 13 percent of participants reported using sunscreen regularly, while 87 percent applied "sometimes" or "sporadically."

More than three-quarters of those surveyed said they spent four hours or more per day out working in the sun, and 63 percent reported having at least one sunburn during deployment. Twenty percent said they had gotten a blistering sunburn.

Such numbers are worrisome, experts say, as the risk for melanoma - the most dangerous form of skin cancer - doubles if a person has had five or more sunburns at any point in life, according to the Skin Cancer Foundation.

Moreover, the study found that found that less than a quarter of the veterans surveyed said the military made them aware of the risks of sun exposure.

The study authors also looked at the availability of sunscreen and other protective gear, including access to shade, hats and sunglasses. They found that those exposed to the sun for the greatest amount of time had the least access to these protections.

"When a soldier is first deployed to a foreign land, they're oriented about all sorts of health risks," he told CBS News. "There are insects that they're not familiar with. There are diseases that they haven't been exposed to before. So I think this needs to be part of their orientation. These are areas with many hours of sunlight and if they're going to be outside for their duties, it has to be stressed how important sun protection is."

Though military personnel deployed overseas certainly have survival priorities more pressing than sun exposure, experts say there is much room for improvement in this area.

"Even if the soldiers did get the proper education and they had time to apply sunscreen before going out in the field, they need to have the material to protect themselves," Rosen said.

The study is limited by several factors, including the fact that the majority of responses to the survey relied on the recall of events that happened more than a year before.

Rosen also pointed out that since the study's population sample consisted of soldiers returning home who visited a clinic in Tennessee, many of the participants probably grew up in a warmer, sunnier climate, making them already predisposed to skin damage from sun exposure.

"My suspicion is that if this study was done nationwide, this would be more of a problem for those veterans from south of the Mason Dixon line because of their history of sun exposure," he said.

However, Rosen also said the findings call for more research and a need to address the lack of training and access when it comes to protecting troops from sun exposure.

"It raises red flags and tells us we need to look at this issue further in a more systematic, nationwide basis," he said. "Even if some of the participants' recollection is incorrect, enough of them said they weren't aware of the risks. We need to make sure soldiers are educated properly about the risks of sun exposure and that they're given the best tools possible to mitigate those risks just like we're supposed to give them the best tools we can to mitigate injuries due to bullets and explosions."