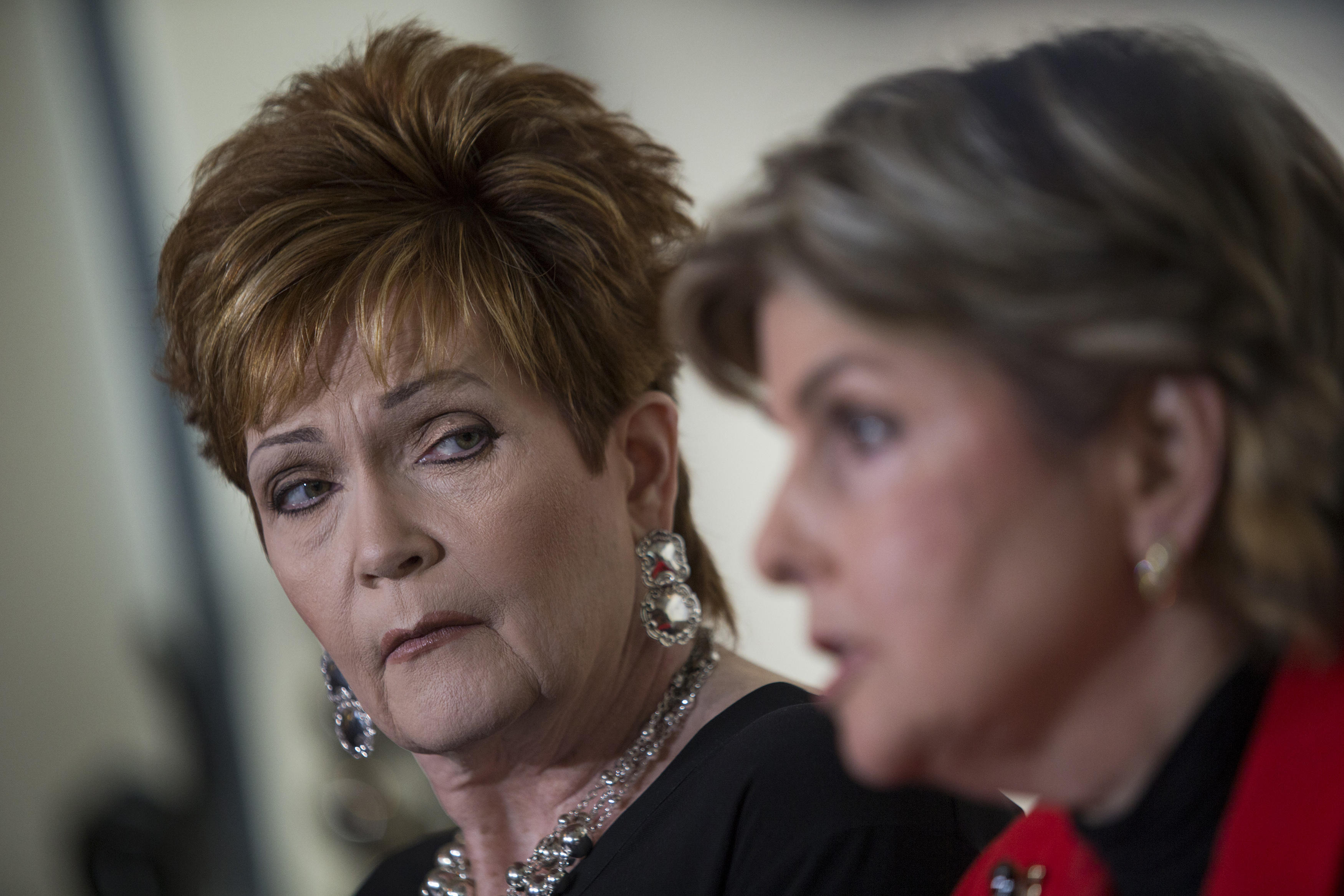 A new accuser of Republican Senate candidate Roy Moore stepped forward Monday with allegations that Moore assaulted her when she was a minor and Moore was serving as district attorney of Etowah County, Alabama.

Women's rights attorney Gloria Allred held a press conference in New York City with Beverly Young Nelson to announce the accusations. She told members of the press she met him when she was 15, and she said he assaulted her when she was 16 years old.

Beverly Young Nelson described in detail the encounters she had with Moore at a restaurant she worked at after school. Moore, Nelson recalled, was a regular at the restaurant and knew her. Late one evening Nelson said, when her boyfriend was late in picking her up from work, Moore offered to drive Nelson home.

"I trusted Mr. Moore because he was district attorney, I thought he was doing something nice to offer to drive me home," said Nelson.

Instead, she recalled, he drove her to the back of the restaurant next to a dumpster and Nelson alleges he forced himself on her and groped her. Fighting back tears, Nelson told reporters she fought off Moore in the car as he squeezed her neck and tried to force her head onto his crotch and locked the door when she tried to escape.

Eventually, she said, he gave up and told her, "'You're just a child, and I'm the district attorney. If you tell anyone about this, no one will ever believe you.'"

She said she then either fell out of the car or was pushed by Moore, who, she said, drove away with the passenger door still ajar.

Nelson's prior encounters with Moore had not been so threatening. He flirted with her, pulling the ends of her waist-length red hair as she passed by, and he complimented the young girl's looks.

"He wrote in my yearbook as follows: 'To a sweeter more beautiful girl, I could not say Merry Christmas, Christmas, 1977, Love, Roy Moore, Old Hickory House. Roy Moore, DA,'" Reporters could see his inscription in the yearbook with a signature that appears to match his signature now.

"I did nothing to encourage this behavior," said Nelson, adding "I did not respond to any of Mr. Moore's flirtatious behavior." She said she was "not interested in having a dating or sexual relationship with a man twice my age."

Nelson said she didn't reveal the assault before now initially because she was afraid. She said she told her sister of the incident two years after it had taken place, and her mother only four years ago.

Now, some 40 years after the incident, Nelson is willing to testify before lawmakers on Moore's alleged sexual misconduct.

Allred called for the Senate Judiciary Committee to hold a public hearing where Nelson would appear and testify before lawmakers on the incident.

Nelson said that she and her husband supported Donald Trump for president and that her coming forward on Monday "has nothing whatsoever to do with Republicans or Democrats."

"It has everything to do with Mr. Moore's sexual assault when I was a teenager," Nelson added. Nelson said of Moore, "He no longer has any power over me and I no longer live in fear of him."

"I can tell you without hesitation this is absolutely false. I never did what she said I did. I don't even know the woman," Moore said.

Moore indicated that the has no intention of ending his candidacy and called the latest charges a "political maneuver."

In addition, Moore has since condemned allegations, first reported in the Washington Post, that he assaulted a 14-year-old girl when he was 32 years old as "fake news."

Moore pledged to sue the Post for its reporting, as several U.S. GOP senators, including Senate Majority Leader Mitch McConnell, are calling for him to drop his candidacy.

Moore fired back at McConnell on Twitter, saying he should step aside: